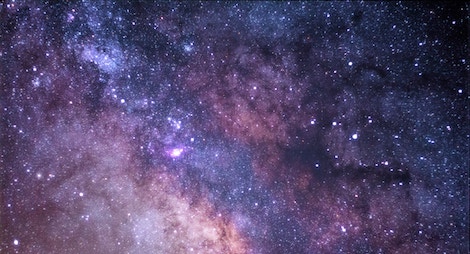 If you’re like me, you can pull space exploration- and astronomy-related moments out of your childhood memories, still replete with wonder: of Halley’s Comet shooting by, not to return for some lifetimes; of peering at an eclipse through a modified cereal box; even just of looking up at the stars on a clear night in awe.

If you’re like me, though, that interest was somewhere derailed: you chose English as an interest over science (because focusing on both really is not encouraged), or you heard that college astronomy courses were a misery, so you relegated yourself to a once-a-year peer through someone else’s telescope, sighted and focused by someone more in the know. You should have relished in the science when it sparked your interest, but: maybe on your next go ’round the sun. Still, the longing I felt when I was young to understand the universe has been feeding into my new favorite fiction trope: novels centered on women in space.

An additional benefit of these books is that they critically reckon with the impediments that even science-minded women face when it comes to reaching the stars: family/work balance; roadblocks for women in science; embedded misogyny. Women are told—whether or not it’s true—that you can’t be both a serious scientist and mother, wife, or girlfriend; this impacts our access to careers in space exploration, or even in supporting roles. The novels below acknowledge that hardship—sometimes when it is at their core—and challenge it vigorously.

Thinking about the universe and women’s roles in its mapping? Well, here are five great books—four novels, one nonfiction—to get you started. 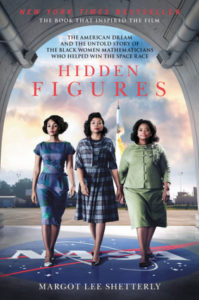 Let’s begin with the nonfiction and the story of the women whose mathematical genius made our flights into space possible in the first place, though they weren’t recognized properly for their work until recently. You can read about them in Margot Lee Shetterly’s Hidden Figures—a history that details the behind-the-scenes labor of women, particularly women of color, and how crucial it was and remains to all of NASA’s successes. Katharine Johnson, Mary Jackson, Dorothy Vaughan, and Christine Darden’s stories form the center of this book, which shows how they were forced to navigate multiple challenges to make their contributions. This included NASA bosses whose racism peered through, whose sexism dominated, and who wanted to take credit for their contributions, not to mention some pushback at home. It’s a familiar and infuriating story that repeats, if to different degrees, in the following four novels. 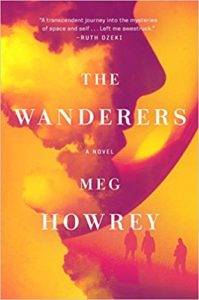 In Meg Howrey’s The Wanderers, the privately funded Prime Space is planning the first human mission to Mars, and famed astronauts Helen, Yoshi, and Sergei have been tapped to “man” it. That verbiage itself goes to the heart of many of the dilemmas that the crew, and their families, face in the year-plus during which they simulate the journey, ostensibly in the Utah desert. Helen is a riveting lead, both for the mission and in the book; relegated to the role of a cold careerwoman in her life, thanks on no small part to her older novelist husband (who is dead by the time the novel opens, but whose gaslighting still comes through in his wife and daughter’s accounts of their lives), she struggles with what it means to be the first person to do anything and still be made to feel inadequate. Her daughter, an actress, also flails against her mother’s vastly more impressive legacy; and Yoshi’s wife has her own entanglements with what’s considered proper womanhood. On and off of Prime Space’s (simulated?) craft, there’s reckoning aplenty with assigned roles, conscripted spaces, restricted expressions, and the very question of what’s real. “Did they or didn’t they?” is the question that will linger. 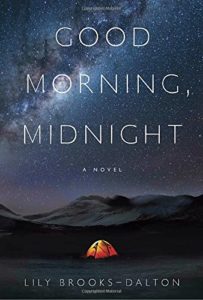 Sully’s team definitely DID, and on their way back from a mission to Jupiter, the mission specialist wrangles some of the same imposed restrictions and gender paradigms that Helen faced. Lily Brooks-Dalton’s Good Morning, Midnight is post-apocalyptic and engrossing. At least: we’re pretty sure that the story is post-apocalyptic. Sully and her team can’t get anyone on the comm, and as they approach Earth, it appears to have gone dark. On the ground, at an Arctic research center, an older astronomer, Augustine, suspects the same; the rescue team that cleared out the rest of the base hinted as much, but Auggie stubbornly refused to move. Now he’s waiting out the end of the world with a young woman, Iris, whom the rescuers somehow forgot, and nurturing regret over the way he responded to love in his life. Somewhere in the universe he has a daughter whom he abandoned; Sully, too, knows that there’s a child out there for whom her dreams came to represent cruelty and withholding. As Sully and Auggie face everyone’s ends, they are still stuck reflecting on whether or not failing to be the perfect parent makes one a failure overall. (Conclusion: not.) 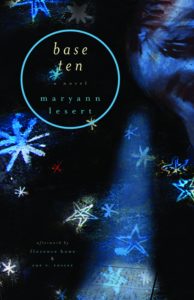 More than any other book, Maryann Lesert’s Base Ten is the book that compelled me to stop feeling guilty about not wanting to be a parent. Was that its aim? Most certainly not. Was I ever going to be an astronaut myself anyway? Well, no. Nevertheless, that was the effect of this story about Jillian and Kera, two groundbreaking astrophysicists whose plans to blur out the light of the stars and discover planets went slightly off track when Jillian got pregnant. Now approaching forty, with two children and feeling a deep sense of ennui, she abdicates her family roles for a period of ten days to consider what she might have done differently. She hikes Michigan’s lakeshore in search of clarity, stopping at the places where she and Kera formulated their technique and planned for a starside future. Jillian may be permanently grounded by her motherhood, and while her children seem adorable and her husband seems sexy, the sacrifices that she’s made come to feel unbearable in light of what she might have had: a future as an astronaut. Hints of “you can do both” ring less true than her deep disappointments and thankless, grueling, everyday work, while the stars are endlessly seductive seen through her eyes. Does Jillian love her family? Yes. Did I still come away feeling like children ruin your life? Sorrynotsorry, but…. 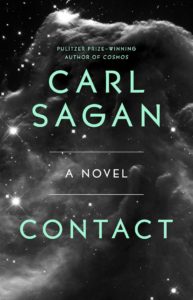 And then there’s Carl Sagan’s Contact, whose godless, blunt, and ambitious lead—too many men fall into the trap of writing such women with vitriol, but Carl Sagan means all of these qualities in a complimentary sense—never wanted to be a mother in the first place, thank you very much. Brilliant Ellie has spent a lifetime listening for evidence of extraterrestrial life, waiting for contact that many think she’s crazy to anticipate. And then she makes it. Someone sends down plans for an ambitious craft that will act as a gateway to—well, it’s impossible to know to where. Ellie wants that seat. Forces more bureaucratic than she’s ever wanted to be don’t want her to have it, and while no one mentions gender—in fact, the men making the decisions seem more offended by her lack of religious belief—c’mon, that always factors in. I love this book to the moon and back, and its new reprint cover is beautiful—time to replace your old editions?

Whether you’ve ever wanted to space walk or not, and whether you’ve ever dreamed of seeing our planet from above: these books will awaken something wistful and eternal within you. They’ll also remind you that some people have to hurdle that much more to achieve their dreams—and that’s something that should always be challenged.