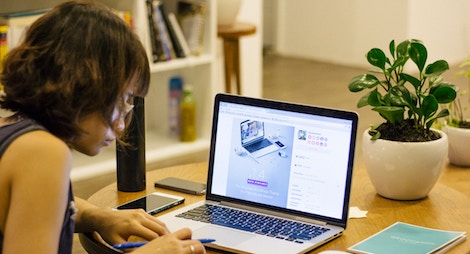 Italicising non-English languages is one of those grammar rules that you might take for granted. I sure did. Even as a child writing down traditional Taiwanese recipes for a school project, I knew I had to write transliterations at a slant, even though they’re not foreign to me. It’s a convention I used throughout the Taiwanese public school system as well as college in the U.S.

To italicise or not to italicise, that is…not exactly the question, but certainly one that’s been brought up more and more frequently in recent years. There’s a lot of debate around the Internet that you can look up, with experts weighing in with far more eloquence than I could. But opting not to italicise has actually helped me on a more personal level as well.

There’s No Equivalent in Taiwan

Chinese characters are notoriously difficult for non-native writers. Add to that the million grammar rules and guidelines, and even the most accomplished writer needs to consult a book from time to time. (Because let’s be real, nobody really follows every rule all the time.)

In Taiwan, we use a wide range of punctuation marks. There’s the underline (or line on the left when writing vertically) that denotes a proper noun. There’s the squiggly line that points out book titles. Yet there’s no standard way of pointing out foreign words.

As a result I’d never pointed out English transliterations when I write in Chinese. Why is it then that when writing in English, I’d insist on italicising Chinese, one of my two native languages? To me, ‘Because so-and-so-style-guide says so’ is no longer enough of a reason.

What Counts as Foreign?

Style guides are meant to improve written communication. We can argue all we want about the Oxford comma, or MLA vs Chicago, but our preferences often boil down to which is the clearest option for us.

Yet, like anything created by humans, style guides don’t present an unbiased standard. Try as we might to combat these flaws, our creations will mirror our own shortsightedness.

I understand the need for uniformity within a publication to maximise readability for their targeted demographics. However, strictly requiring italics for non-English languages enforces the idea that foreign languages are something other, odd, and wholly separate from English, which is in turn viewed as the default and the norm.

Multilingualism and multiculturalism are mundane, natural parts of many people’s lives. Mandatory italics—especially in fiction and personal narratives—hinder the expression and normalisation of these different experiences. Sure, it might be a little jarring to see a foreign word or phrase or paragraph included without anything pointing it out, especially without a translation.

When you think of otherising, you might think of people ostracising other groups. But people internalise all sorts of things, and for me, I had absorbed a heavy dose of Americentrism. It’s an even more troubling thought when you consider how Taiwan was where I’d spent the most time so far.

So in a way, italicising Chinese text further alienated myself from an integral part of my identity. Sure, there are larger, more overt manifestations of the Americentrism I’d internalised, but insidious signs can be just as damaging. By insisting on italics for Chinese, it was as though I were repeatedly saying to myself, ‘Hey, Rebecca, this is foreign. This language you grew up with? It’s foreign to you.’

Which it isn’t, not by a long shot.

Of course, it’s important to consider the audience for whom you’re writing. Sometimes I won’t write transliterations, opting instead for Chinese characters. Sometimes I provide translations, sometimes I don’t. Does it mean some people won’t be able to understand? Yes. Do I come across languages that I don’t understand when I read? Yes. But as Nicole sums up beautifully: