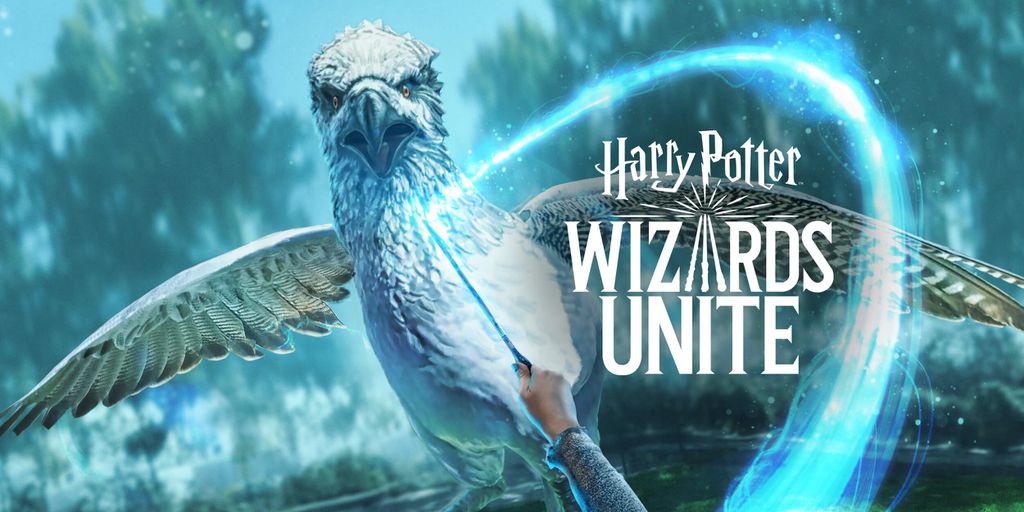 Niantic and Portkey Games have shared some exciting “muggle-proofed” news about Harry Potter: Wizards Unite! It’s Niantic’s next AR phone game, in the same vein as Pokémon Go, and it looks AWESOME.

Here’s the premise and backstory, from the announcement:

A calamity has befallen the wizarding world, causing artefacts, creatures, people, and even memories to mysteriously appear in the Muggle world. Witches and wizards from across the globe must come together to solve the mystery of The Calamity, overcome the confounding chaotic magic that surrounds these “Foundables,” and return them to their rightful place, keeping them safe from Muggle eyes.

Your journey begins as a new recruit of the Statute of Secrecy Task Force, established by the Ministry of Magic and the International Confederation of Wizards for the purpose of investigating and containing The Calamity.

Instead of catching pocket monsters, you use magic to remove Foundables (those are the artefacts, creatures, people, and memories) from the Muggle world. Instead of Poké Stops, you find snacks and Spell Energy at Inns. Instead of Gyms, you duel Death Eaters and dementors in Fortresses. Instead of teams, we all work together, on the side of good instead of evil. And, to beef up your skills, you can choose a magical profession.

AND there are Portmanteaus, which reveal Portkeys to take you to magical places, like Ollivanders, with 360-degree AR!

We don’t have a release date yet, but you can enlist to get more updates from the Niantic team and be the one of the first to play the game when it lands.

Honestly, I’m a little miffed it isn’t called Harry Potter Go!, but whatever. It’s fine. I’ll get over it. And I’m absolutely going to play the heck out of this game.