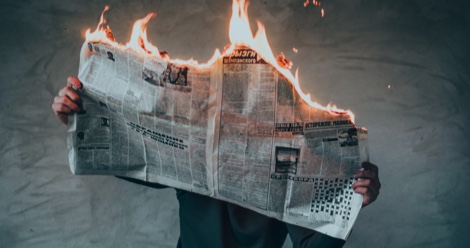 Unless you’ve kept your head firmly under a rock for the past few years, you’ll have noticed that, well, the world is in political turmoil. It seems that dictators and cults of personality are back. Nationalist movements are on the rise. The far right are growing on both sides of the Atlantic and a cut-throat hatred of woman, migrants, and minorities has stepped up its game to such an extent that it’s become a mainstream political point of view.

So, what happened? How did we end up here? If we take lessons from history, there is a suggestion that we will find ourselves back in a struggle of warfare and a breakdown of international cooperation.

Given the recent rise of these movements in multiple countries, publishing on the topic is on the cutting edge and therefore (I say with a sigh) dominated by white male authors, though many of the books featured below are at least half produced by women). However, when the world seems both very frightening and our places in it less secure than they were 20 years ago, seeking knowledge about these movements and where they come from is key to understanding what direction we want the world to go. 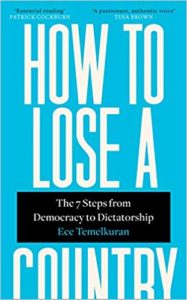 I recently had the pleasure of reading How to Lose a Country: The 7 Steps from Democracy to Dictatorship by Ece Temelkuran. Due out in July 2019, this book tells of the loss of democracy using the rise to power of Erdogan in Turkey as a backdrop. The author expresses a sense that reasonable people would never have expected the world to go this way, and begs that we sit up and listen before it’s too late. Presenting the death of democracy in a series of creeping steps, this one actually kept me awake at night. That doesn’t happen very often.

In The Populist Explosion: How the Great Recession Transformed American and European Politics, John B Judis breaks down what populism means, drawing attention to the alienation felt by so many people and their grasping reach toward something that makes them feel a part of something again. Far from lumping the banner of populism on just the right wing, Judis goes back in time, explaining the origins of movements like this. I disagree with his take on populism in the Sanders campaign and there certainly are parts of his opinion that I don’t align with, but the book did serve to show that the breakdown of Right and Left may not be so clear cut. 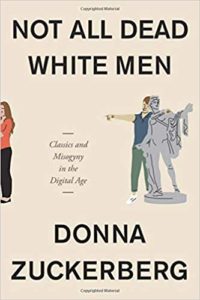 One of the resounding impacts of an ostensibly large group of people feeling ‘left out’ has been the rise of the Red Pill movement and a rampant anti-feminism, often expressed online. Abuse of women in public spheres is on the rise and many women in public positions have found themselves at risk or targeted in instances of extreme violence. Donna Zuckerberg’s Not all Dead White Men digs into the Red Pill and its use of the classics to prop up their own agenda. She forces the reader to question why we still rely so heavily on the Greek and Roman texts, when their contents and messages lie far outside the scope of the world we should desire now.

If your perception of populism began with the 2016 Presidential election, you might enjoy The Great Revolt by Salina Zito and Brad Todd. It’s easy for pundits and commentators to talk about rural revolt and populism without actually asking the people what they thought, so that’s what Zito and Todd set out to do, driving across America to understand not just why Trump won this election, but what might happen next.

If you read nothing else on the topic, I highly recommend A Very Short Introduction to Populism, a slim volume by Cas Mudde and Cristobal Rovira Kaltwasser, which discusses the populist history that made Juan Peron, Ross Perot, Jean Marie le Pen and Silvio Berlusconi.