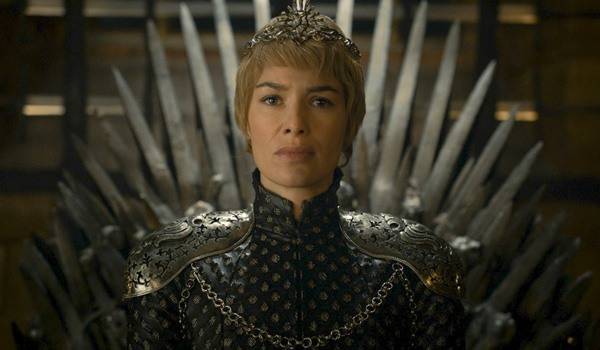 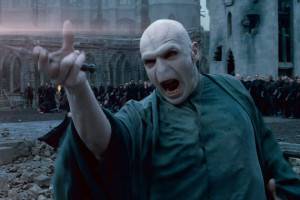 ENTJs are natural-born leaders, they project such authority that crowds get together behind them to achieve a common goal. But this drive and determination can be used in a selfish way, by manipulating others just to meet the necessary ends. That’s what Lord Voldemort does. He’s dominant and a strategic thinker – he sets out his plans carefully and methodically and is action-oriented.

Moreover, Commanders love a challenge (and Voldemort takes the chase after Harry Potter a true challenge) and become relentless and ruthless when they set their minds to it. In fact, Voldemort comes to respect Harry Potter, as he sees him as someone who can stand up to him and act in a manner equal as his own. They are true nemeses.

To ENTJs, emotional displays are displays of weakness, and they are cold and distant. They’re also stubborn, intolerant, impatient, and arrogant, due to their sense of superiority. Seriously, there’s no denying all this when it comes to Voldemort. 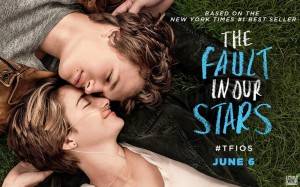 Augustus Waters, The Fault In Our Stars

ENTP’s are called Debaters and love to make arguments and debating ideas. This is what draws Hazel to Gus – the long conversations about everything, the symbols, and metaphors he puts into his speech.

Additionally, Debaters don’t like the practical things, they thrive on what could be. Augustus Waters is all this. He focuses on theoretical possibilities, seeking deeper meaning in everything, especially Hazel’s favorite book.

We know Gus has an extensive knowledge base, something that shows in his arguments with Hazel. He has a flexible mind, effortlessly shifting from idea to idea, and finding solutions for problems. He’s also charismatic – he has a way with words and a characteristic wit of his own.

Starr Carter, The Hate U Give

Starr Carter is honest, strong, authentic, and resilient – even when she doesn’t think she is. ENFJ’s are the so-called protagonists, simply because they radiate authenticity and genuineness, qualities which make them inspiring to others. Although afraid to tell the truth at the beginning, Starr develops into this strong, confident young woman, capable of speaking up for herself and others, and capable of galvanizing crowds with her words.

She is genuinely concerned about who she loves, and she is truly altruistic. In fact, that’s what makes her decide to tell the truth, regardless of the consequences. We see this decision as a process throughout the book, what can be explained by one main characteristic about ENFJ’s: they struggle to make tough decisions. Protagonists may be paralyzed when caught up between two hard choices, because they imagine all the consequences of their actions, especially if there’s a humanitarian element involved. 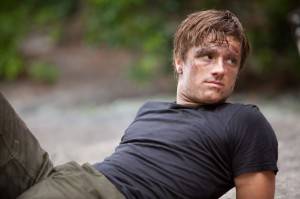 Campaigners are charming, independent, energetic and compassionate. When we talk about Peeta from The Hunger Games, we see all that. He gains the public’s empathy with his excellent communication skills, and everyone loves Peeta – he’s approachable, interesting and exciting, with a true friendly spirit and an empathetic disposition.

When compared to Katniss, Peeta seems to be just the opposite of her. She’s a provider and a survivor, but he has poor practical skills. After all, they come from different worlds. And whereas Katniss is reserved and shutdown, Peeta is emotional and is in touch with his soft side. ENFP’s even tend to be highly emotional, what can result in counter-productive outbursts.

Riley Sinclair, Between a Rock and a Hot Mess

Riley Sinclair from Phyllis Bourne’s Between a Rock and a Hot Mess has an unfiltered mouth. ESTJ’s are direct and honest and value facts and information over ideas or opinions. They are also excellent organizers, what makes them great leaders. This description fits into Riley, a boss from the construction sector. What’s more, she loves being the head of Sinclair Construction.

ESTJ’s are also known for their difficulty at expressing emotion. We can say Riley has this weakness: she dreams about her “Perfect Guy”, Ian, but she can’t approach him. It takes the action of rescuing him from a mugger for the two to get in touch.

ESFJ’s have a strong sense of duty. Cersei takes her values from her father and does the best she can from her role as a sovereign. Consuls are also very loyal, and Cersei is no exception. She’s very protective of her children, although corrupt in her ways.

This personality type respects hierarchy, and so does Cersei. She positions herself with some authority, which allows her to keep things stable and under her control. However, she is spiteful and acts out of sentiment, wishing to be more like her cold-headed father. Another aspect of ESFJ’s is their preoccupation with their social status and influence – an element most evident in Cersei, who is ambitious and hungry for power. She also doesn’t do well with disobedience or disagreement, mistaking them for defiance. Indeed, Consuls are vulnerable to criticism.

According to 16 personalities, “entrepreneurs are the likeliest personality type to make a lifestyle of risky behavior.” Initially, D’Artagnan is rash and insolent, engaging in a duel with the Comte de Rochefort and the three musketeers. He’s also defiant – entrepreneurs are action-oriented and hands-on, they don’t like being boxed in.

Additionally, ESTP’s are bold, rational, practical, and perceptive, qualities D’Artagnan shows. He’s brave, crafty, and intelligent, never failing in the face of any difficulty, or undaunted by any danger.

In the literary world, everyone knows Lydia Bennet. She’s the youngest Bennet sister who runs off with Mr. Wickham, in a totally unselfconscious, spur of the moment kind of thing. In fact, ESFP’s are poor long-term planners – to them, life comes as it comes, and there’s no time to think about consequences. Which leads us to another characteristic: ESFP’s are bold and hold nothing back. They want to experience everything. Lydia all the way, huh?

This personality type is called the Entertainer Personality, and it’s not for nothing. Indeed, Lydia loves to be in the spotlight, soaking up attention wherever she goes. She loves parties, they’re her comfort zone as she finds them the perfect place to chat, dance, and flirt. Being the younger sister, Lydia is also spoiled. She’s so focused on immediate pleasures, she forgets her duties and is simply irresponsible. However, ESFP’s have the strongest aesthetic sense, something we can also see in Lydia: she’s vain and loves to shop for new clothes and accessories.