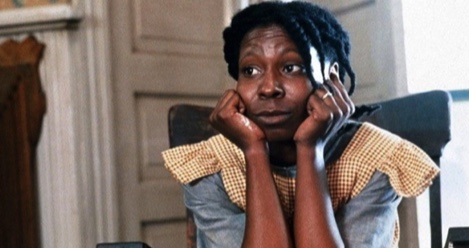 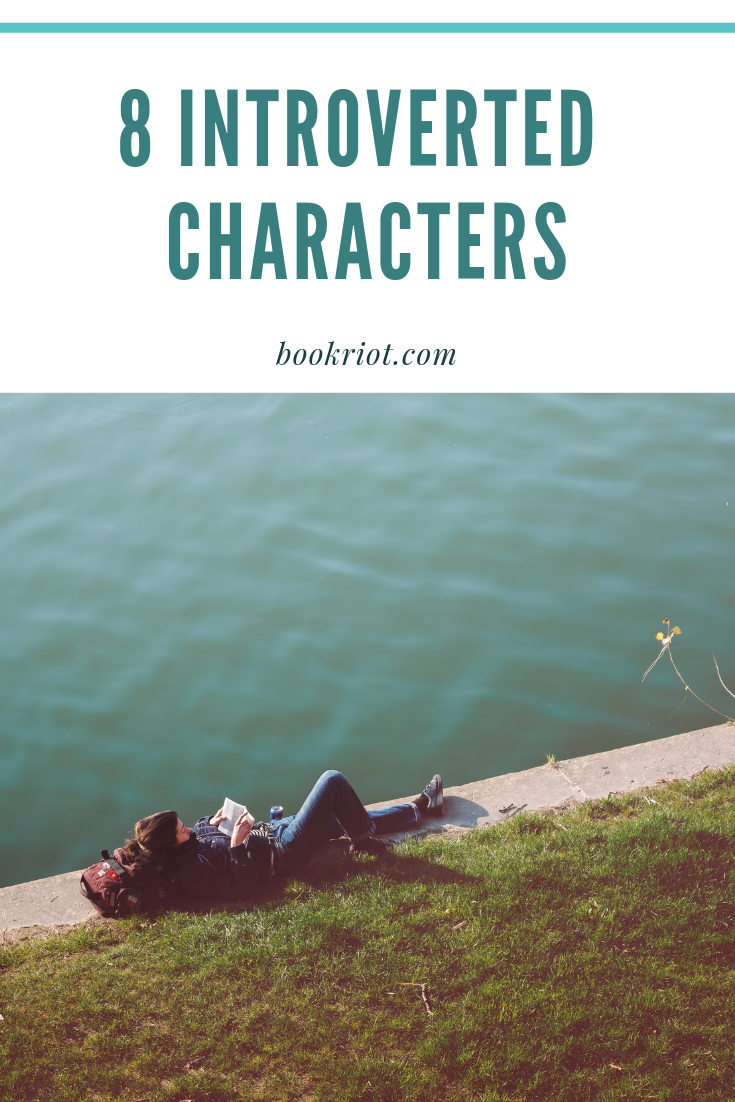 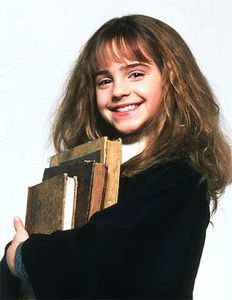 Hermione Granger, from the Harry Potter series, is known for her integrity, practical logic and tireless dedication to duty. Just like a Logistician (ISTJ) in the Myers-Briggs scale. She likes responsibilities—a little too much—and takes pride in the work she does. A bookworm from the very beginning, Hermione used logic in everything she did, including in her adventures with Harry and Ron.

ISTJs analyze, check their facts and come to practical conclusions, with adequate courses of action. Moreover, they expect others to grasp the situations at the same time, and can’t stand those who don’t take action. This seems to be the reason why Hermione and Ron were always butting heads with each other.

However, this personality trait on pure logic made her seem unfriendly and inflexible. Harry and Ron’s first impression of her was bad, actually—she was the common know-it-all we all have in our classes. It was only when she stepped in to take the blame for Harry and Ron after the episode with the troll that the three became friends. One of many examples that show us her integrity and loyalty. 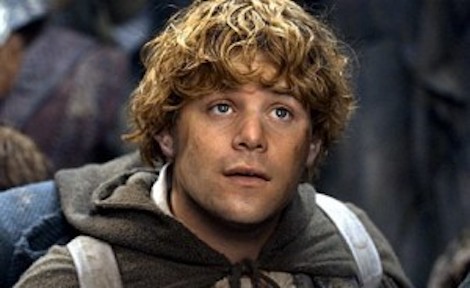 We all know and love Samwise Gamgee from The Lord of the Rings. He’s Frodo’s loyal companion and best friend. Throughout their journey together, Sam saved Frodo’s life more than once and accompanied him all the way to Mount Doom to destroy the Ring. After all, Defenders have the deepest desire to do good and are the most loyal of friends. They have well-developed people skills and robust social relationships, which totally makes sense when it comes to Sam and Frodo’s friendship. Sam never abandons Frodo and he takes his mission seriously until the very end.

Sam is kind, altruist, and never saw his job in accompanying and protecting Frodo as something purely mandatory. He faced the mission with generosity and humility, also a characteristic of the ISFJ personality. Defenders have this ability to connect with others on an intimate level like no other among introverts. So, of course, Sam and Frodo’s relationship evolves into a strong bond of love and trust. Sam is actually the friend we all would like to have. 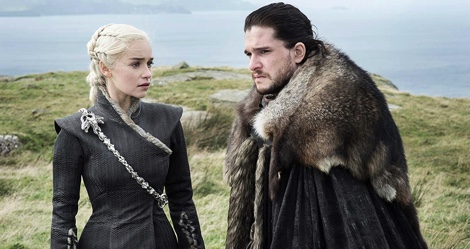 Advocates are part of the Diplomat Role group within the Myers-Briggs scale. They have a strong sense of idealism and morality, very much like Jon Snow, from Game of Thrones. One example is his refusal of lying in bed with prostitutes or random girls, because he didn’t want to father a child out of wedlock. Also, living and being raised with the Stark family has given him a clear moral compass and a strong sense of honor.

Jon Snow sees his commitment to the Night’s Watch as an honorable thing, a duty he must fulfill forever. When he realizes Westeros must unite with the Wildlings in order to survive against the White Walkers, he sees the bigger picture and he tries—and dies, literally—to save the world. That’s the thing about Advocates: although soft-spoken, their opinions are very strong and they will fight tirelessly for an idea they believe in. 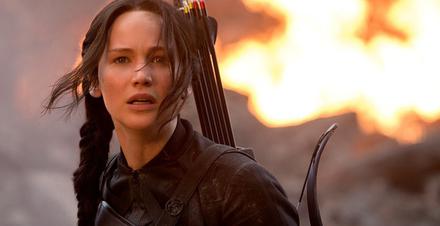 The Architect Personality is one of the rarest and most strategically capable personality types. But can we say Katniss Everdeen is strategic to the point of assessing tactics and outmaneuvering the people around her to maintain control? I guess we can say that. From the obstacles thrown her way and her difficult past in District 12, Katniss became a strong and independent young woman, with sharp survivalist instincts. When she volunteered for The Hunger Games, she showed being a fiercely determined and resourceful fighter who, though being against the Games, was capable of everything to survive.

Throughout the whole process before The Hunger Games, we soon discovered Katniss hadn’t the ability to socialize or act in front of the cameras. And INTJs tend to see many social conventions as stupid. Also, rules, limitations, and traditions are foreign for Architects—something we can all see in Katniss. She questions everything about her society and is always in constant disagreement with authority figures.

As a resourceful person, Katniss is endowed with insightful observations, original ideas, and formidable logic, things that make her the face of the revolution. All these defining characteristics enable her to push change through her willpower and thus galvanizing crowds against a common enemy. INTJ through and through. 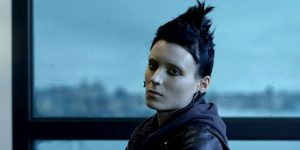 Since Virtuoso women are statistically rare, the gender roles projected by society are a poor fit to them—and the first thing that comes to mind about Lisbeth Salander is the tomboyishness associated with ISTP women. What defines ISTPs is their unpredictability and their curiosity. They are natural makers, which means they’re constantly moving from project to project, getting their hands dirty. This fits perfectly into Lisbeth Salander’s nature. She wasn’t able to fit in a common, regular workplace, and she made her living through freelance jobs. She is a skilled hacker, and she learns from her environment as she goes.

Although very anti-social (perhaps due to her seemingly Asperger’s), she trusts Mikael Blomkvist and helps him solve the mystery surrounding Harriet Vanger’s disappearance. She doesn’t even mind Mikael getting into her space, as long as he doesn’t interfere with her principles and freedom.

Overall, Lisbeth Salander is unpredictable and spontaneous, calm and very private. She’s actually quite enigmatic—like many Virtuosos out there. 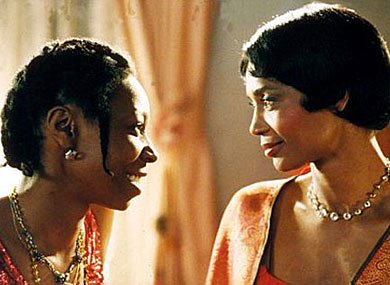 Celie is mostly a victim. Her years of enduring abuse made her passive and lonely—she thinks it’s better to stay silent in order to survive than fight back and risking not surviving. Despite all this, we see Celie transform herself. She nurses Shug back to health and a bond of love between the two appears. It is then that Celie begins to realize her self-worth, and becomes an independent, strong woman. All qualities from an Adventurer personality.

Also, Celie shows to be willing to stand up for the people she loves. When she sacrifices herself to save her sister Nettie from their father’s abuse; when she spits on the water belonging to Mr. __’s father (just because he criticized Shug). Whenever people mistreat her loved ones, Celie gets angry. Indeed, ISFP’s are passionate and very sensitive to others’ emotions.

Adventurers also use creativity and insight to craft bold new ideas. Celie takes sewing into a profitable business, using it in a form of self-expression and creativity. 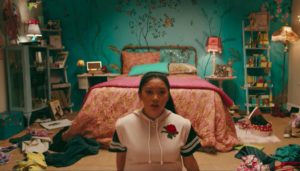 Lara Jean, To All The Boys I’ve Loved Before

Lara Jean falls in love easily. She’s a true dreamer and idealist, just like INFPs. She romanticizes the idea of love, despite never having had a boyfriend. And instead of pursuing her happiness, acting on who she loves, she writes letters to her loved interests, keeping the letters and never intending them to read her words. Talking about an introverted, shy person!

She also keeps all her emotions to herself, so much so that her sister Margot doesn’t even have a clue she’s crushing hard on Josh (Margot’s boyfriend). Lara is also searching for ways to make things better and looks up to her older sister as a role model. In fact, she’s so afraid of disappointing Margot, she tries to fit into her role when she leaves to Scotland. Lara Jean is seen as calm, reserved and even shy; however, she shows a true passion later on, when she falls in love with Peter and argues with Margot over Josh and her roles in the family.

Nick Carraway is the narrator in this story, and as he puts it early on, he considers himself tolerant, open-minded, quiet, and a good listener. In social norms and traditions, Logicians are usually fairly liberal, one of the things we see on Nick, who feels attracted to the fast-paced, fun-driven lifestyle of New York, and seems to enjoy being around the wealthy, careless people who party at Gatsby’s.

INTPs are also honest and straightforward, qualities Nick Carraway proudly speaks of when referring to himself. However, that doesn’t mean he’s very nice. Indeed, Nick may be polite and easy to get along with, but he says what he has to say, and even seems to be a lot judgmental. After all, logicians aren’t naturally sensitive, but can be nevertheless incredibly devoted.