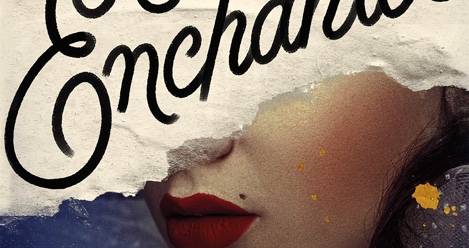 In Gita Trelease’s new YA novel, Enchantée, Paris is on the cusp of a Revolution. However, all Camille cares about is putting food on the table so her and her sister Sophie don’t starve to death. 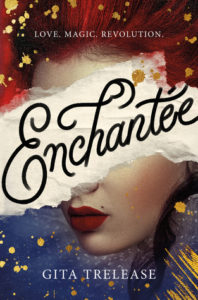 Her parents deceased, Camille must try to survive famine, disease, and her brother’s drunken squandering of the little money they own.
However, Camille has a secret. She can turn worthless metal into coins, for a short period at least. This magic skill buys her and Sophie some time while she figures out a plan.

After delving into much darker magic, magic that her mother warned her about, Camille is able to disguise herself as nobility and enter the famed halls of Versailles, where she partakes in expensive and dangerous card games where the rewards are great.

What follows is a magical adventure that will test Camille’s strength and courage in order to save those that she loves.

I was very fortunate to sit down with Gita to talk about Enchantée:

Lucas Maxwell: What makes the French Revolution a good setting for a YA novel?

Category ID: 15789
Category ID: 480
Category ID: 468
What’s Up in YA? Newsletter
Sign up for What's Up In YA? to receive all things young adult literature.
Thank you for signing up! Keep an eye on your inbox.
By signing up you agree to our terms of use 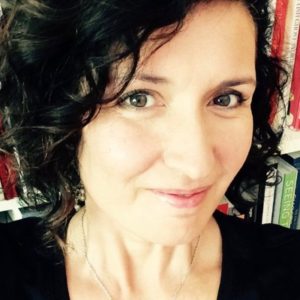 Gita Trelease: It’s a period of incredible and dramatic change—one world is ending and a new one is beginning. The French people had to decide what they believed in and who they wanted to be, which are, I think, some of the big questions YA readers might also be asking themselves.

LM: For Camille and her sister, starving to death is a real threat and one that many Parisians faced on the verge of the Revolution; do you think desperate situations make both fictional and real people more resourceful and interesting or is it primarily delegated to novels?

GT: This is such an interesting question! I think that desperate situations have the potential to make people more resourceful, but they also have the potential to destroy them. What causes one person to be destroyed by a difficult situation might cause another to grow stronger because of it. Their response could depend on some inner quality or belief, sheer luck, or certain resources the person has that enable them to persevere. In Camille’s case, she has the education her parents gave her, her skill at magic, her daring, and her responsibility to take care of her sister. She’s also been taught that she can affect change in the world, and that’s powerful knowledge to have.

LM: How much research was required regarding the card games that Camille played to earn money?

GT: A lot! While I knew how to play twenty-one, I had no idea how to play the other games I included in Enchantée. I first became interested in eighteenth-century card games and gambling culture when I read a biography of Georgiana, Duchess of Devonshire, who, like many others in her time, had a serious gambling addiction. I discovered that characters in eighteenth- and nineteenth-century novels played a lot of cards. Once I had the names of the games, I was able to track down books and even videos that explained how the they were played. But it’s hard to learn a game without actually playing it, so sometimes I enlisted my family to help me!

LM: As someone who is fascinated with the mythology that surrounds Versailles, I’m wondering if you discovered anything about the palace that really surprised you?

GT: There were so many things, and I tried to incorporate as many of them as I could into the story. For example, I was surprised to learn that anyone could come into the palace, as long as they were properly dressed—which had me thinking about disguises and how Camille might infiltrate the palace. And having visited Versailles a couple of times, I was surprised to read a letter from an English visitor in the 1780s who wrote that the palace was falling apart. It was filthy—courtiers and guests urinating in corners, dogs pooping everywhere—and necessary repairs to the buildings hadn’t been done in years. The image I had while reading that letter was of a palace crumbling and rotting, which in turn helped me imagine the specific magic that occurs at Versailles.

LM: Are the characters who attempt balloon flights and the methods they employ to stay afloat based on any real people or events?

GT: They are! Early on, I stumbled across a couple of sentences in a book that referenced the hot-air balloon craze of the 1780s. The balloonists were celebrities and were depicted in the media as glamorous and heroic pioneers of science. I instantly became fascinated and knew I had to include hot-air balloons in the story. I read about an Italian named Vincent Lunardi whose balloon almost crashed in a field, in England, and was saved just in time by a pretty milkmaid. A scene very much like that one ended up in Enchantée.

LM: Do you find it a challenge to balance the level of realism and magic in a story such as Enchantée?

GT: I did, in fact. I wanted to stay as true as I could in my depiction of the setting, the period, the kinds of people who lived then, but at the same time, I wanted to infuse it all with lots of magic, because I love that, too. For me, the magic in this story speaks to big themes of power and transformation, but it’s also a way for me to show Camille’s emotional conflict over who she wants to be and what she thinks she’s capable of becoming.

LM: When Camille gets to Versailles, the nobles that play cards, games, and make-believe there seem completely oblivious and indifferent to the plight of the French population. Do you think this kind of attitude is still prevalent in the elite and powerful that exist today?

GT: Sadly, I do. For me, a historical novel isn’t only a novel about the past, but also a novel about the present. I think I was drawn to explore, through research, and then to write about the aristocrats’ privilege because we live in a time when most of the world’s wealth belongs to a very small group of people. Income inequality and everything that comes with it—access to healthcare, education, resources that would help prevent climate change, and more—is, to my mind, one of the greatest problems we face.

LM: Marie Antoinette was known as a fashion icon in her time; did this help influence you regarding Camille’s relationship with her mother’s dress in the novel and how it changes her?

GT: I love fashion myself and can understand how Marie Antoinette sought to gain a certain kind of power—her own, independent power—through a rapidly changing style which everyone sought to emulate (Georgiana Spencer, Duchess of Devonshire, and her descendent, Diana Spencer, Princess of Wales, used fashion in a similar way). For me, though, the dress in Enchantée was much more personal. My mother died when I was young and among the things she left behind was a floor-length gown which I’d never seen her wear but which seemed full of memories. I think that gown—combined with my own love of costume—inspired the dress in the story.

LM: Louis XVI was 19 when he took over the throne. Despite the fact that he must have had advisors, do you think it was inevitable that Camille’s experience at Versailles was possible and the country fell to revolutionaries?

GT: I don’t know if it was inevitable, but I think it would have taken an extraordinary monarch—one with a very different character and education—to make the changes necessary to prevent the revolution. It was a long time in the making and many factors on top of the nobles’ way of life—several droughts that caused bread prices to soar, the huge expense of supporting the American colonists in their war against England, centuries of unfair taxation—contributed to the people’s demand for a new government.

LM: Paris is alive in Enchantée. Do you have favourite cities to write about? What places are your favourite for writing inspiration?

GT: I’ve lived in Paris and it is one of my favourite cities in the world. But I also love Venice, Rome, Kochi (India), New Orleans, and New York. I find it incredibly hard to get any writing done in New York—the energy of that city is so intense!—but in all the other cities I mentioned, I would be very happy to pull up a chair on a balcony, open my notebook, and start writing. Though I currently live in the country, I find the mix of cultures in all the cities I mentioned to be very inspiring.

LM: Thank you for answering these questions, I really loved reading Enchantée!