February is LGBTQIA+ History Month in the UK. It’s an important month to honour our history and culture, to celebrate and to mourn. But as with the other eleven months, the most focus is always placed on Gay history and people, whilst Trans history and people are largely ignored. To help correct that balance here is a collection of nonfiction Transgender history books written by Transgender and Nonbinary authors.

Here, a broad definition of Transgender history is used to include the histories of transgender/transexual [and other culturally specific terms, including Hijra], gender nonconforming, cross-dressing, and other peoples who have either not identified with or conformed with the gender they were assigned at birth. Most of our words around the Transgender/Gender-Nonconforming experience are modern and so a more narrow definition reduces the accuracy with which these words can be applied to people from our history. But whilst some of our words are new our experiences of gender are not. 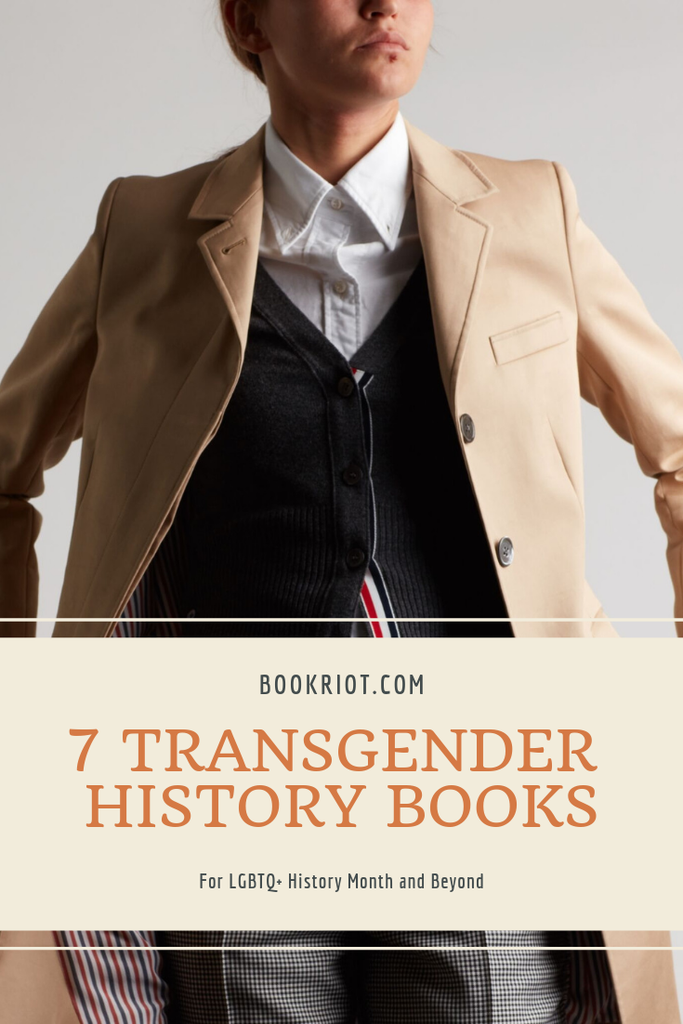 There are many more books out there that tell our history, including historical fiction, books by Cisgender and non-trans authors, and books about other culturally specific experiences of gender, so once you’ve read these there’s much more Transgender history to read and learn. 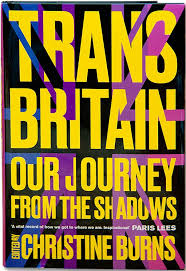 Trans Britain: Our Journey from the Shadows edited by Christine Burns

This collection of essays from Transgender people and gender experts explores the history of  Transgender experience, activism, and justice in the UK from the 1930s until now. This book tells the ongoing story of the effects of politics, medicine, and the media on Transgender lives. Shows how much history has been lost, how much has changed, and how enormously far we still have to go in the quest for justice, equality, and wellbeing for Trans folks.

A very personal exploration of gender expression and nonconformity throughout history. This book shows that Transgender and Gender nonconforming folks are not new, we have always been here, throughout history, and across cultures. Leslie Feinberg’s novel Stone Butch Blues is another important Transgender History read, unflinching in its honesty about the brutalities gender non-conforming folk face. At Feinberg’s request, Stone Butch Blues is available for free online at http://www.lesliefeinberg.net.

Histories of the Transgender Child by Julian Gill-Peterson

The twentieth-century history of Transgender and Intersex children is revealed in this book through archival research and medical literature. Children have been Transgender for as long as adults have and have played a central role in the medicalisation of all Transgender people. Emphasis is placed on the racial history and how Trans children who are Black or People of Colour are excluded from medicine. 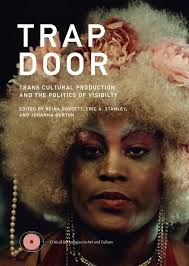 Paradoxically increasing Trans visibility has coincided with an increase in violence against Trans folk (especially Trans Women of Colour) and increased legal suppression of Trans rights. In these essays interconnected issues including beauty, performativity, activism, and police brutality are discussed as ways that Trans bodies and communities are only acceptable and provided visibility if we conform to dominant norms that we don’t fit into.

Our Lives Our Words Telling Aravani Lifestories by A. Revathi

The Indian state of Tamil Nadu has seen some of the biggest victories in the fight for rights for Aravani or Hijra people. Many of the Aravanis who fought for these groundbreaking changes tell their stories in this book, with some of the first narratives of Hijra lives written and collected entirely by members of the Hijra community.

Exploring American Transgender history chronologically from the mid-twentieth century to today Transgender History covers many major events, movements, and writings. With biographies of key people from Transgender history, quotes from major texts, and discussions of changing politics and visibility. 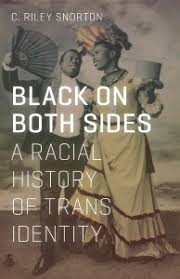 Black on Both Sides: A Racial History of Trans Identity by C. Riley Snorton

This multi-award winning book traces the intersections of Blackness and Transness from the mid-nineteenth century to the present day. Despite the interlinked nature of anti-Black and anti-Trans legislation and violence, Black people are frequently erased from Trans narratives, here these stories are uncovered to better allow us to conceive more liveable Black and Trans worlds.