Searching for your next great read is an ever elusive task. Amazon and Goodreads use their algorithms to offer books published at the same time and marketed in the same way. Librarians and booksellers have Novelist at their fingertips and a professional wealth of reader knowledge in their brains. But there is also something special about finding a reviewer whose tastes match yours really well. It’s like having a bookish friend who always tells you about books that inevitably become your next favorite read.

I am lucky to be surrounded by all the Rioters and Riot readers constantly suggesting great reads for me. But when I am looking for amazing readers outside the Book Riot pool who I know will give me a great read, I go straight to Amal El-Mohtar.

El-Mohtar is a Canadian author and poet based in Ottawa. She’s an editor and writer of short fiction and poetry, with Rysing, Locus, Nebula, and Hugo awards under her belt. She edited Goblin Fruit, authored The Honey Month, and “The Truth About Owls” was featured as episode 14 on LeVar Burton’s podcast. Her next novel, This is How You Lose the Time War co-authored with Max Gladstone, drops this summer. She has reviewed books for NPR, NYT, and Tor.com and when I see a book that she has given a good review too, it immediately goes onto my to-read list or my library holds.

El-Mohtar’s tastes tend toward the literary side of SFF, her favorites often books with depth and beauty. Her reviews are far more than just summaries, she cleanly synthesizes both the action and the themes of the book with El-Mohtar herself there in the review, describing her own emotions.  She is “dazzled,” she has “shouted rude words at offending characters,” she has written a review of an immersive book while feeling “as if surfacing from deep water.”  She is a reader, just like us.

Her reviews disclose her poetic background, making them a delight to read. She includes beautiful lines with strong imagery which I will think of long after reading the review. Somehow I haven’t yet picked up El-Mohtar’s own work, a cross between budget and time constraints, since I’m trying to keep up with her recommendations. I expect her original work to be as deep and beautiful as her reviews and as the books she loves. 2019 will be the year I remedy this failing on my part.

Below are books recommended by El-Mohtar that I have read. I’ve selected a few lines from her review of each book, a phrase that really caught my eye and made me look into the book further. Why shouldn’t book reviews be as beautiful as poetry?

“Ultimately, it felt like a collection of beautiful plot coupons the book refused to cash in.” 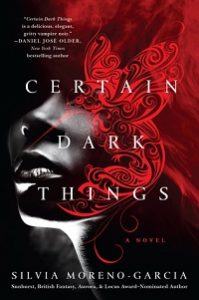 “Some cities are gravity wells of story: The more we read about them, the more we write about them.”

“I also enjoyed watching the world’s magic grow from a whisper to a scream, laying the groundwork for future developments.”

“I was reminded of the book’s dirigibles: sailing over a landscape, dumping emotional ballast and then rising higher until the people are indistinguishable from the topography.”

“I’m completely confident in stating, without an ounce of hyperbole, that this is the best fairy tale retelling I’ve ever read…I’m hard-put to think of a time period that better captures the essence of fairy tale transgression than 1920s New York; the contrast between the stately stasis of a respectable house and the wild, desperate abandon of the speakeasy is the perfect stage on which to turn the original story on its head.”

How Long ‘Til Black Future Month? by N.K. Jemisin

“There are whole languages and discourses, all but obliterated in our present era of social media, that I was shocked and delighted to find preserved in the amber of Jemisin’s prose.”

“I could read a novel-length weather report written in the voices of Older’s characters.”

“Murderbot’s voice, a beautiful blend of exhausted cynicism and deep, helpless love, was the only thing that felt like both a match to my mood and an appropriate response to the events provoking it.”

The Pearl Thief by Elizabeth Wein

“It’s an enormously different book from Code Name Verity — but across time, space, and genres, they slip off their gloves and hold hands.”

“…it’s a book that sticks its landing and tilts its head knowingly at the camera in recognition of the splendor of its performance, but it also leaves several potential hooks for further exploring this world…Persona is a tense, wonderfully satisfying tightrope walk of a novel, that will make sure you never look at red carpets the same way again.”

“I want to say that this book’s villain is one of the most terrifying I’ve encountered: Genuinely charismatic, ruthless, the kind to slide a knife into your belly while cooing about how much she loves you and wants only the best for you…She’ll make you think of the monsters you know, the people who inspire bewildering love even as they work at destroying everyone around them.”

“The real story, ultimately, is in the relationships…overall [the] snags dissolve in the warm current of vivacious voices and settings.” 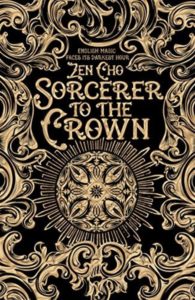 “For most of it I was reminded of an increasingly precarious house of gilt-edged cards, and was startled to see Cho sweep that structure aside to build something different from the wreckage.”

“There’s a mathematical magic at work in every version of this story: the number of retellings, the exponential development from folk tale to short story to novel, and finally the fractal nature of its every good quality…But mostly I’m in awe of how Novik spins moldy, hateful straw into warm and glimmering gold.”

“In Chokshi’s prose, voices have substance and texture while light has color and flavor; never have I wanted to munch on books so much as after reading, ‘The archives were cut like honeycombs and golden light clung to them, dousing every tome, painting, treatise and poem the soft gold of ghee freshly skimmed from boiling butter.'”

Step Aside, Pops by Kate Beaton

“Somewhere in my heart is a folder titled Things I Did Not Know I Wanted and it is full of Kate Beaton comics.”

“[A] delicate, gender-bent recasting of Sherlock Holmes and Doctor Watson in the far future…This isn’t a tidy transposition of Holmes and Watson into far-future space…The Shadow’s Child is a fully realized character in her own right, and the dislike she feels for Long Chau is sustained and justified.”

“The farther Tess travels, the deeper she delves into herself, and the more shocking a relief is her healing. Seraphina’s story is epic in scale, but Tess’ story contains the whole world.”

“After decades of reading genre futures in which black and brown people don’t exist, it’s deeply satisfying to find fiction in which histories of genocide actually equip them to survive disasters.”

“The fragility of wings, the breakability of human bodies, the omnipresence of the potential to fall make for a constant, thrilling tension I found deeply impressive.” 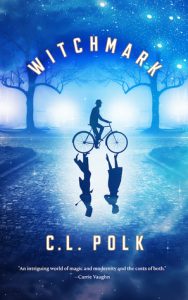 “[This book is] so shockingly good at the things it’s doing, so perfectly immersive, that saying ‘I see what Novik is doing’ is akin to saying ‘I see that water is wet’ while enjoying a languorous sunset swim.”

“I appreciated how well the world-building meshed with the plot’s development, like a map’s surface being revealed in time with one’s progress along it.”

Thank you to Amal El-Mohtar for many hours happy reading. Even when our opinions have differed with regard to a particular book, I am always glad to have picked up a book you have suggested.