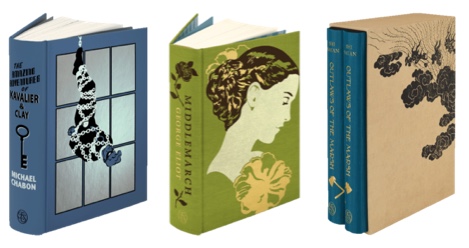 Two years ago, I wrote a roundup of some of the best titles from The Folio Society’s Christmas Collection. Although the holidays are over, TFS introduced 21 brand-new titles in 2018, guaranteed to make fantastic gifts for any book lover, year-round!

Started in London in 1947, The Folio Society specializes in gorgeous, illustrated printed editions of modern and classic books, each tailored to that particular novel’s sensibility and setting.

Here are some of the best new titles worth considering to purchase for yourself. Or, since it’s much better to give than to receive, perhaps to buy for someone else in your life.

His Dark Materials by Philip Pullman, illustrated by Peter Bailey

Pullman’s epic fantasy trilogy is one for the ages, and now you can own the entire set bound in blocked cloth and complete with 10 full-page color illustrations. There are also several chapter opening drawings by the author.

The story of 12-year-old Lyra Belacqua and her search for the mysterious Dust, this tale soon turns into a rousing adventure involving armored bears, multiple dimensions, and a battle for heaven and earth. Sure to charm both young adult and adult readers, this exquisite edition makes a great gift. 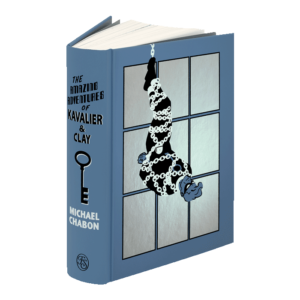 The Amazing Adventures of Kavalier and Clay by Michael Chabon, illustrated by Chris Samnee

There’s no better way to appreciate the legacy of late comics legend Stan Lee than this Pulitzer-Prize winning account of the rise of the Golden Age of Comics.

Chabon’s masterpiece centers on Josef Kavalier and his cousin Sammy Clay, who create the comic book superhero The Escapist in response the rise of the Nazis regime. If you haven’t discovered this one yet, now’s the time, while it’s bound in blocked coated paper and accompanied with three single page and six double-page illustrations. 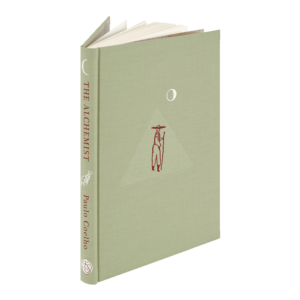 The Alchemist by Paulo Coelho, Illustrated by Jesús Cisneros

This is the first time TFS has published Coelho’s groundbreaking novel, beloved by millions of people the world over. This exquisite rendition features a whopping 22 full-color and 14 black and white integrated illustrations by award-winning Spanish artist Jesús Cisneros.

A book about following your heart and realizing your dreams, this edition of The Alchemist will enchant readers again and again. 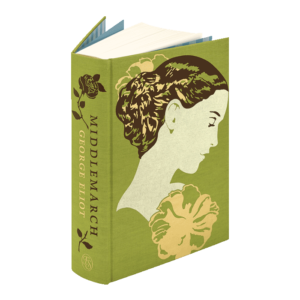 Mary Anne Evans’s timeless classic (written under a pen name) is one of the Folio Society’s most requested titles, and this new edition certainly does justice to the novel’s wide-ranging impact.

The story of life in a fictional English provincial town in the 19th century,  Middlemarch follows Dorothea Brooke, a wealthy young woman with ambition who soon finds out the limited options the world holds for women. This beautiful printing comes encased in a blocked cloth slipcase. 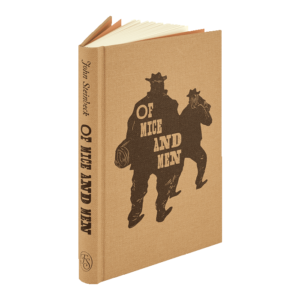 Of Mice and Men by John Steinbeck, illustrated by James Albon

George and Lennie are migrant laborers and unlikely friends. They take up jobs on a new farm, dreaming about one day buying a little patch of land for themselves. But Lennie, a simple-minded giant who doesn’t know his own strength, soon finds himself in trouble that threatens everything the pair has worked for. The startling conclusion is guaranteed to leave readers changed.

Outlaws of the Marsh 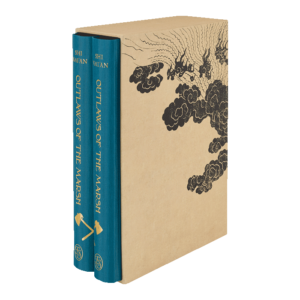 by Shi Nai’an, with Illustrations from the Rong Yu Tang edition

Also translated as The Water Margin, this epic, 800+ page two-volume story is considered one of the four great classic novels of Chinese literature.

Originally passed down through oral tradition, Outlaws of the Marsh is set during the Song dynasty. When 108 spirits are released from imprisonment, they gather in a marsh in Shandong province and form a sizable army. But the villains eventually turn into heroes as they fight for the people. The 141 illustrations contained here are from the Rong Yu Tang Ming dynasty edition, courtesy of the National Library of China. 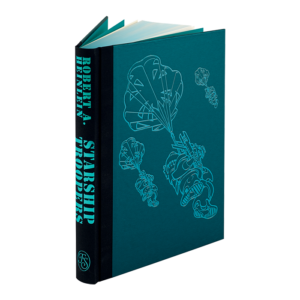 Starship Troopers by Robert A. Heinlein, illustrated by Stephen Hickman

This time-honored science fiction tale about Earth’s war with a race of insect-like creatures won the Hugo Award in 1960. Now the Folio Society’s edition is replete with another Hugo Award winner’s illustrations. Stephen Hickman has painted covers for the likes of Frank Herbert, Anne McCaffrey, and Neil Gaiman, among others.

This controversial novel about the nature and inevitability of war is a must-have for any science fiction lover.

Click here for more of The Folio Society’s titles!