Although the public library is a place in which—at least in America—the public can access books more or less for free (get out of here with your taxes talk, we’re not here to discuss the nuance in that particular subject and you know darn well that amount of taxes you pay toward the public library is far less than the value you get out of the library), plenty of folks still choose to walk out of the building without checking their library books out. Sometimes it’s a mistake, and a few books here and there typically aren’t too big of a deal for larger libraries, but sometimes the books that go missing are the same titles over. And over. Again. Recently, Robin asked on Twitter which library books librarians most often have to replace. Any guesses? 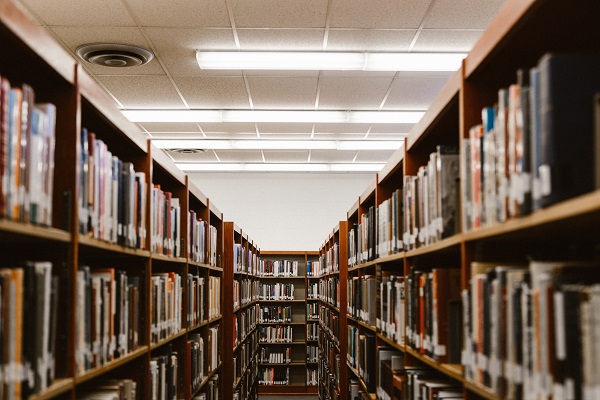 Before we get into it, there are two things worth noting: one, that the titles library staff responded with are not necessarily what we would consider to be a diverse and inclusive list. It’s only representative of what folks are checking out—or not—from libraries. Any lack of diversity could be a function of folks not having terribly wide reading scopes, of the libraries not providing a diverse catalog, or even of publishers not publishing diversely (and therefore leaving libraries with little choice). Or it may be none of these things—each library and missing book is its own situation.

Second, while often library books are stolen from libraries, that isn’t necessarily the case for all of the books mentioned below. Some might have been checked out so frequently that they were worn to the point of needing replacement. Some might have suffered damage (you wouldn’t believe how often I hear about a copy of The Shape of Water coming back with severe water damage—what are people doing with it? Never mind. I don’t want to know.). So while it’s likely many of these are stolen—and you can guess which based on content, a lot of the time—that’s not absolutely true for all of them.

Now, let’s get into this very scientific* look at which library books disappear the most.

I’m a youth services librarian in an urban library and, while I can’t speak for the Young Adult and Adult sections, I can tell you that it’s rare that I can count on Jeff Kinney’s Diary of a Wimpy Kid or any of its sequels being on the shelf. Maybe they’re not checked out properly. Maybe they’re checked out but never returned. Maybe any number of things could have happened. But inevitably, we are lacking our Wimpy Kid books.

Other Rioters chimed in, citing Ellen Hopkins’s Crank, Angie Thomas’s The Hate U Give, and GED practice books. Here’s what others on Twitter had to say.

Hey library staff: what is a book you have to buy again and again (and again?!) Mine has changed over the years, but right now, it seems to be The Name of the Wind.

The 48 Laws of Power by Robert Greene.

As well as Jessica Roscoe’s The Cartel series and Sister Souljah’s The Coldest Winter Ever.

The 48 Laws of Power, the Cartel series, and The Coldest Winter Ever. Constantly.

Two of the above and Art of War by Sun Tzu, The Name of the Wind by Patrick Rothfuss, and Slaughterhouse-Five by Kurt Vonnegut.

I'm constantly reordering: 48 Laws of Power, Sun Tzu's Art of War, The Name of the Wind, The Slaughterhouse-five and Coldest Winter Ever.

What to Expect When You’re Expecting by Heidi Murkoff and Sharon Mazel—40 times!

I replaced the previous edition of What to Expect When Your Expecting 40 times.
This edition has stuck around. It must not be the trendy pregnancy book anymore

The Lightning Thief by Riordan (I'm a YS buyer). If it doesn't get lost, damaged, or missing, it just wears out. No matter how many copies I purchase.

Stephen King was always on the list. But it was almost always the older titles. Christine. Carrie. Firestarter. Etc.

More Diary of a Wimpy Kid by Jeff Kinney, The Hunger Games by Susan Collins, Rick Riordan’s works, and, oddly enough, specifically Harry Potter and the Chamber of Secrets by J.K. Rowling.

In the past 8 years I've had to buy the Diary of a Wimpy Kid series repeatedly. Also Hunger Games, the Rick Riordan books (esp the graphic novels), and the Chamber of Secrets – can't keep them on the shelf!

A Child Called It by Dave Pelzer.

A Child Called It

The House on Mango Street by Sandra Cisneros.

House on Mango Street. We have bought it so many times.

Our Bodies, Ourselves by Judy Norsigian.

Our Bodies, Ourselves (at a previous job)

Check out Robin’s original tweet for more responses. Did any of them surprise you? What library book would you never return because it’s that good? Tell us in the comments and check out the rest of our library content here.

*Not scientific at all.