I have relied on the darkly comedic stylings of Benjamin “Hawkeye” Pierce, BJ Honeycutt, Klinger and the rest of the 4077th M.A.S.H since I was a small child, speaking gibberish to the TV while I watched the series finale the first time it aired. As an adult, I have cycled through the series from start to finish many, many times. First, it was via the DVD box sets. Most recently, I have relied on the Hulu for streaming the series.  And while there are so many, many things to appreciate about the series, its the bookish episodes of MASH that I love most. And when I say bookish, I’m talking about more than the literary origins of Pierce’s nickname or Colonel Potter’s fondness for Zane Grey novels.

Here are 5 of my favorites: 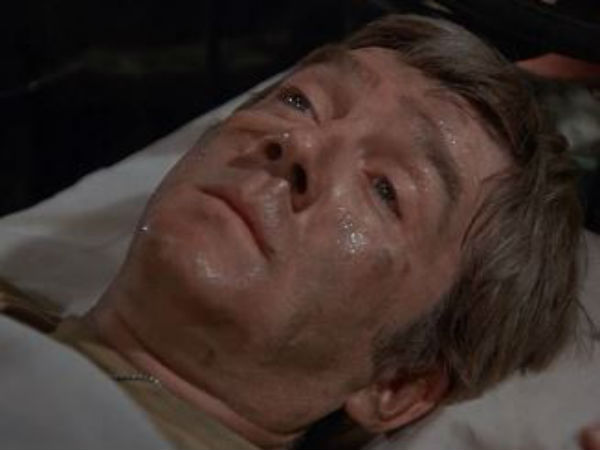 Tommy Gillis, Hawkeye’s childhood friend and a reporter in civilian life, is working on a book based on his experiences on the line. The book, titled You Never Hear the Bullet, is meant to show that death in battle can come without warning. But when he shows up as a casualty later in the episode, he tells Hawkeye that he heard the bullet. Hawkeye says that Sometimes You Hear the Bullet is a better title anyway. Tommy then dies on the operating table, making it the first time that had happened in the series. This would serve as a means of establishing the somber undertone that ran through all of the show’s comedy in each of the 11 seasons. You can hear Alan Alda talking about the making of the episode here. 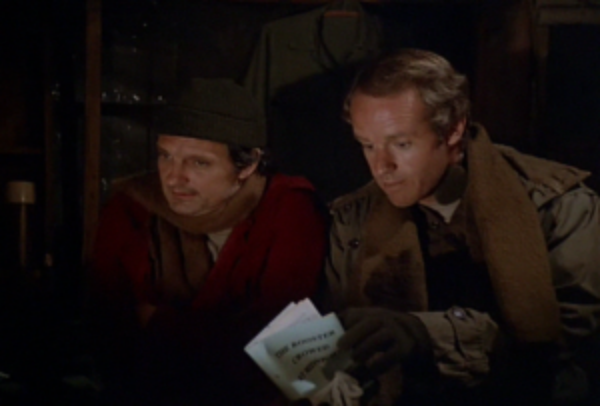 At the 4077th, there is an enemy that is an even bigger threat than the North Koreans or the Chinese – boredom.  In this episode, the camp has run out of ways to entertain themselves. When BJ ends up in possession of a mystery novel, The Rooster Crowed at Midnight, the whole camp gets caught up in trying to figure out who done it.  There’s even a steamy scene with Winchester reading out loud to Major Hoolihan during an amorous encounter between two characters. The catch is that the last page of the novel, the big reveal, has been ripped out. Out of desperation, they track down the author in Australia and try to ask her the solution. What they get is the name of a character that isn’t even in the book. Of course, the author is quite old and has written many books, so it is likely she has confused one title with another. 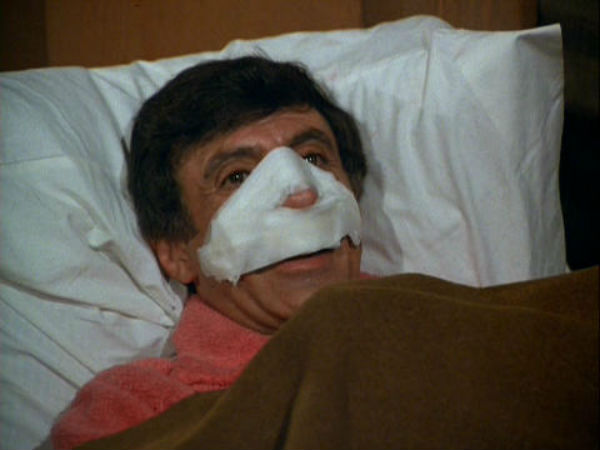 Klinger saves Major Winchester from an exploding autoclave and is injured in the process. The Major feels as though he owes Klinger a great debt, and goes out of his way to make Klinger comfortable, filling in for him as Company Clerk and catering to his every whim. One of those whims is reading the sordid new novel that recently came into Klinger’s possession – I, the Jury by Mickey Spillane. It is a book that was considered quite scandalous in its day, with its depictions of sex and violence, and it no doubt makes Winchester a bit uncomfortable as he reads aloud, given his high class Boston background. He soon regrets the arrangement, and when he is summoned by Klinger late one night to continue reading, he arrives with the book ripped to pieces. 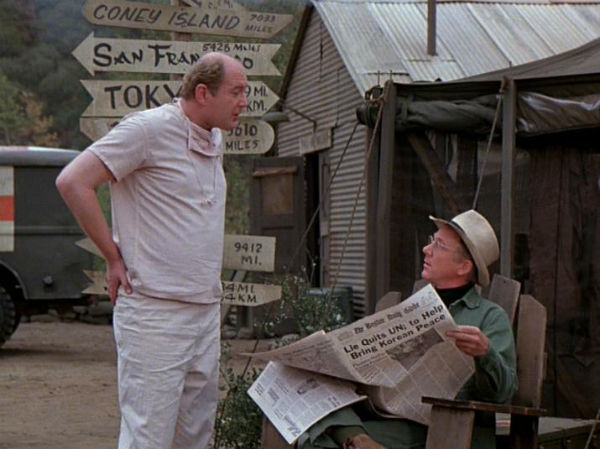 Boredom may be a threat to the sanity of the 4077th, but it is nothing compared to feeling completely cut off from the rest of the world. In this episode, the 2nd class mail has been cut off, meaning they haven’t gotten any newspapers or magazines in quite some time. They have letters and the like, but it’s not the same. Winchester, as per usual, has ways of getting around this. He receives a package from home containing a week’s worth of the Boston Globe. He attempts to sneak around with his reading, but Hawkeye and BJ quickly catch on and threaten to tell the whole camp if he doesn’t share. They reach an agreement. He carelessly leaves his secret newspaper on his bunk, however, and it catches the eye of Father Mulcahy. This leads to an elaborate lending system for the whole camp, and when Winchester becomes convinced that this system has been violated. Tempers flare and pranks are pulled. In the end, he is forced to apologize to the whole camp via the PA. 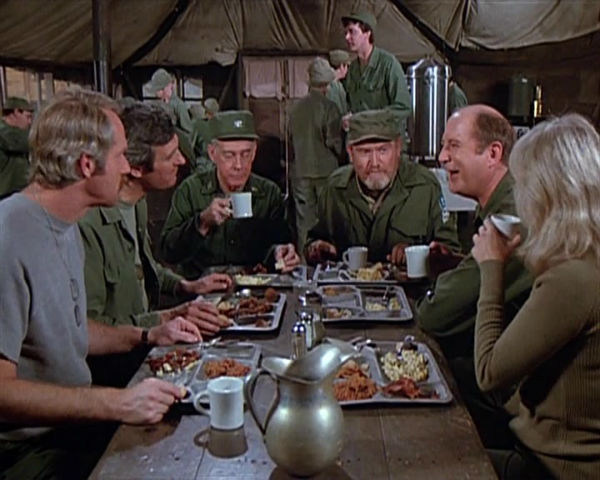 The camp has had plenty of visitors over the years, including members of the press. When the legendary journalist Clayton Kibbee visits camp for a story, following a pint of blood from the donor back in the state to the patient who receives it at the 4077th, he attempts to charm them. But he’s just another writer trying to glorify the war. He discovers that the soldier who receives the blood fell just off his motorcycle. There is nothing exciting about that, so when he calls in the story he embellishes – a lot. Hawkeye, who was already annoyed by the way Kibbee’s charm was distracting everyone in the camp, is enraged by this. Kibbee dismisses him, and goes about his business, getting extremely drunk, stealing BJ’s motorcylce, and taking a fall of his own. Kibbee writes about his experience later, and it sounds like he may have learned his lesson, until the final words of the article, where he promises another adventure for his readers.

Let’s not forget that MASH was based on the novel MASH: A Novel About Three Army Doctors by Richard Hooker.  It only makes sense that a show based on a book would have so much bookish goodness in it.

Bookish TV is the best TV. Check out these posts about other popular TV shows: Literary Moments of The Golden Girls: A Complete List, Book References in Gilmore Girls: A Year in the Life, Bob’s (Literary) Burger of the Day, Literary Moments in Star Trek: The Next Generation