In less than a month, Michelle Obama’s Becoming is already breaking publishing records.

Penguin Random House announced that Becoming sold more than 725,000 copies on its release day, the highest single-day sales of any book they published this year. The hype is well deserved. Becoming is a beautiful memoir about the Michelle Obama’s journey from the South Side of Chicago to the White House. If you’re like many others who have already devoured the memoir and are looking for the next best read, check out these books recommended by the former First Lady herself. 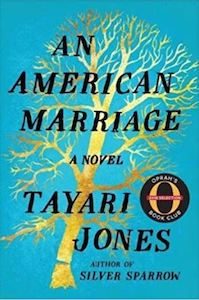 According to the New York Times, one of the many books on Obama’s night stand is An American Marriage. This book tells the story of Celestial and Roy, who are the spitting image of the American dream in the New South. Celestial is rising up in her career as an artist, Roy is a young, new executive. Then, their world is turned upside down when Roy is accused and convicted of a crime he did not commit. Similar to Becoming, An American Marriage discusses race, gender roles, and of course, love.

At 17 years old, Tara Westover set foot in a classroom. Westover’s life was spent in the mountains of Idaho with her family stocking up on canned good preparing for the end of the world. With an informal family comes an informal education, so Westover started to educate herself. Educated is a personal account of Westover coming of age in a nontraditional home and strive for education. This memoir is perfect for fans of The Glass Castle.

Smith’s White Teeth focuses on the later lives of two wartime friends. The hilarious novel deals with friendship, culture, and love, along with heavier topics such as war. According to the New York Times, Obama revealed that the novel is not only her one of her favorites, but her eldest daughter, Malia, loves it too.

“I love the way the story weaves together so many complex and powerful forces that affect our lives and our relationships — family and parenting, religion and politics, and so much more,” Ms. Obama told the New York Times. “Plus, it’s just plain funny.” 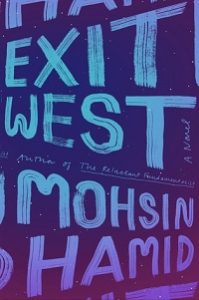 This gorgeous novel was another that made it to Obama’s night stand. Exit West is about two lover who meeting while their city is descending into war. Brash and independent Nadia and reserved Saeed fall for each other as their world begins to fall apart. When the bombs and shootings outside their homes become too much to handle, they search for the mysterious doors which are rumored to take people far away in seconds.

In a 2015 interview with People Magazine, Obama revealed that The Light of the World was her favorite book of the year. In beautiful and lucid prose, Alexander tells the story of her life before and after the sudden death of her husband. Alexandra reflects on pain after the loss of her husband, the growing connection between her and her two sons, and the overall meaning of life. 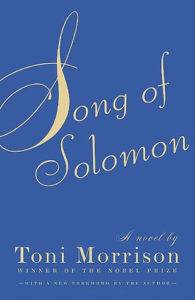 It’s no secret that Obama is a fan of Toni Morrison. Back in 2011 during Take Your Child to Work Day, Obama noted Song of Solomon as being the book that helped her love reading. Song of Solomon is a coming of age story that discusses (in a literal and figurative sense) what it means to fly. Morrison’s main character travels through cities to the place of his family origins. During this journey, he meets a collection of funny, insightful, and ambitious people in a fully realized black world.

Of course Obama is a fan of children’s classic. During the same Take Your Child to Work Day in 2011, Obama said Goodnight Moon was one of the many children’s books that she loves. This adorable book is filled with little bears and bunnies and is great bedtime story.

Want more Obama-related reading? Check out The Ultimate Guide to Reading Like Barack Obama and Why Michelle Obama’s Memoir Becoming is Perfect for 20 Somethings.