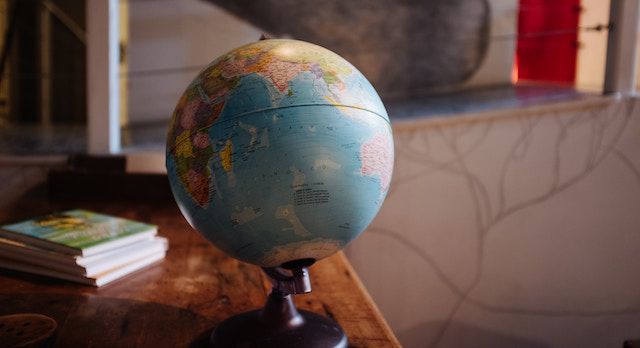 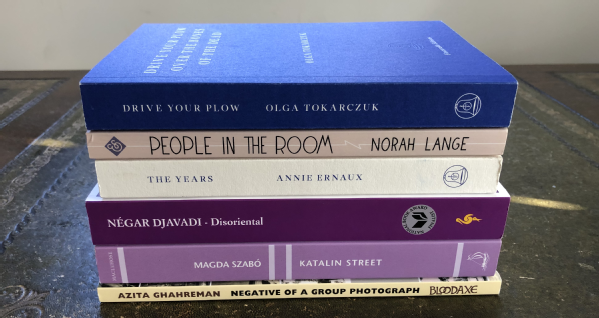 The shortlist of the annual Warwick Prize—which stemmed from the #WiTMonth movement—is made up of six titles translated from five different languages. One author is a Nobel laureate (Olga Tokarczuk); the others have won myriad international literary prizes.

Judges for the 2019 prize are Amanda Hopkinson, Boyd Tonkin, and Susan Bassnett. The prize — which grants its winners £1000 — isn’t the largest purse. But it’s a start at addressing the gender imbalance in translated literature. The previous two prizes have gone to Daša Drndić’s Belladonna, translated from Croatian by Celia Hawkesworth, and Yoko Tawada’s brilliant Memoirs of a Polar Bear, translated from German by Susan Bernofsky.

The 2019 competition received a total of 92 eligible entries of which 13 titles made the initial longlist. The six shortlisted titles include four novels, one collection of poetry and a memoir.

Meet the shortlist of six: 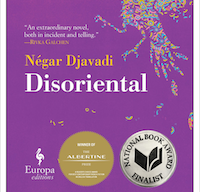 Djavadi is one of two Iranian writers on this year’s Warwick shortlist. Désorientale, her debut novel, was published in 2016. Its English counterpart, Disoriental, appeared last year.

The original French edition won a number of literary prizes in both France and Belgium, including the Prix de L’Autre Monde, the Prix du Style, the Prix Emmanuel Roblès, the Prix Première, the Prix littéraire de la Porte Dorée and the Prix du Roman News. Its English translation has also been recognized by a dizzying number of prizes.

The book is narrated by Kimiâ Sadr, who flees Iran as a child and goes into exile in Paris. You can read an excerpt on Words Without Borders. It begins: “The revelation came to me a bit later, through the TV (an old, poorly-functioning set left by previous renters and installed in our room by my sister Leïli), which I watched until late at night.” 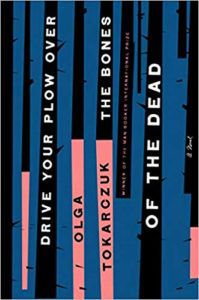 Drive Your Plow Over the Bones of the Dead by Olga Tocarczuk, translated from Polish by Antonia Lloyd-Jones

Olga Tokarczuk is probably the best-known author on the Warwick shortlist. After all, she was recently announced as the recipient of the 2018 Nobel Prize in Literature.

This year, Tokarczuk’s on the shortlist with literary crime novel Drive Your Plough Over the Bones of the Dead, a mashup of murder mystery and dark feminist comedy. While it’s Tocarczuk’s second time on a Warwick shortlist, Lloyd-Jones has been on the Warwick list each of its three years of existence.

You can read an excerpt of the novel on Granta. It opens: “I am already at an age and additionally in a state where I must always wash my feet thoroughly before bed, in the event of an ambulance having to take me away in the Night.” 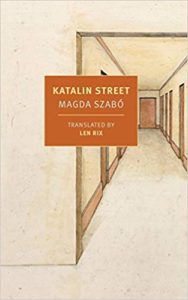 Magda Szabó (1917–2007) is probably Hungary’s most well-known woman novelist. She began publishing at the age of 30, in 1947, as a poet, but her career ranged across genres. She has been recognized by more than a dozen literary prizes; Katalin Street won a PEN Translation Prize. Szabó’s novel Abigail, also in Rix’s translation, is forthcoming in 2020.

This historical novel is set in prewar Budapest. In it, three families live side by side on Katalin Street, their lives closely intertwined until the German occupation of 1944.

You can read an excerpt on Hungarian Literature Online. 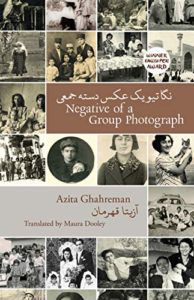 Negative of a Group Photograph by Azita Ghahreman, translated from Farsi by Maura Dooley with Elhum Shakerifar

Ghahreman is one of two Iranians on this year’s Warwick shortlist; hers is the only collection of poetry.

Negative of a Group Photograph brings together three decades of poetic works by a leading Iranian poet. Ghahreman is the author of five  collections. Born in Iran, she currently lives in Sweden. One of her poems, “The Boat That Brought Me,” opens:

Behind these eyes that look like mine
old names are fading away, the past lies crumpled in my clenched fist—
a coppery bird in coppery wind,
this vast place has covered me from head to toe. 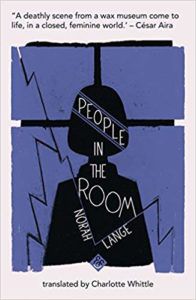 People in the Room by Norah Lange, translated from Spanish by Charlotte Whittle

People in the Room—originally published in Argentina in 1950—is Lange’s first novel to appear in English. A contemporary of Borges, Lange was born in 1905 to Norwegian parents in Buenos Aires. In this novel, a 17-year-old girl in Buenos Aires spies on three women in the house opposite her family’s home. She imagines their lives in sometimes hallucinatory, often dark prose.

You can read an excerpt on Words Without Borders. It opens:

Despite their excuses, I tried many times to convince them of how easy and convenient it would be for them to communicate, and even call for help, if they had a telephone. 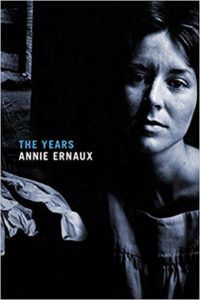 The Years by Annie Ernaux, translated from French by Alison L. Strayer

Ernaux is not only the winner of many French literary prizes, she is also the godmother of the “Annie-Ernaux Award.” Her The Years is the only memoir on this year’s Warwick shortlist. French critics hailed the as her masterwork, comparing the book to Marcel Proust’s In Search of Lost Time.

The book, written in the third person, chronicles her life in French society from just after WWII through the early 2000s.

You can read an extract in the Times Literary Supplement. It begins: “She no longer imagines herself lying on the beach or as a writer publishing her first book.”

The Warwick winner is set to be announced on Wednesday, November 20 at an evening ceremony in London.