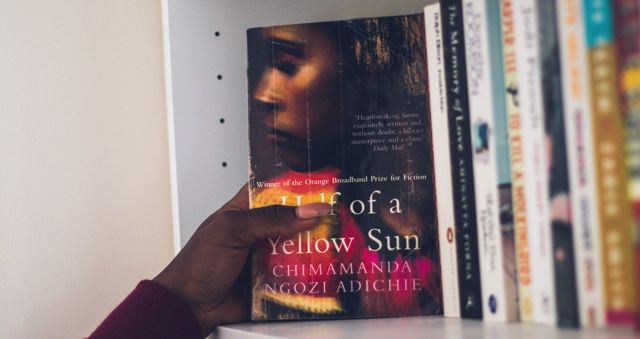 This December, readers, publishers, and educators are set to celebrate the third annual #ReadAfricaWeek. The event comes during the first week of December every year.

#ReadAfricaWeek is the brainchild of U.S.- and South Africa–based Catalyst Press. The press’s Marketing Manager, Ashawnta Jackson, says that the best part of the week has been the participation of fellow publishers.

“It started as a way to support each others’ work, so they were our earliest supporters,” Jackson said over email. “We’ve seen so many independent and academic publishers promoting their books, and that’s been fantastic. I think, particularly for small publishers like us, a week of everyone liking, sharing, and reposting is invaluable. We’re always trying to have our voices heard in a really crowded field, and this is a great way to celebrate each other. (Not that we’d mind if one of the big guys joined in! The more the merrier!)” 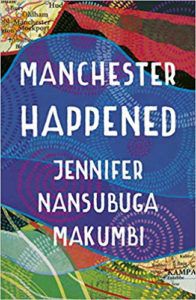 While it’s true that African writers are often shut out of literature’s big prestige prizes, more and more have been award-winners and bestsellers. The Nobel has gone to African writers only five times (Wole Soyinka, Naguib Mahfouz, Nadine Gordimer, and J.M. Coetzee), and the International Booker has gone to an African writer only once (Chinua Achebe). Yet, across genres, there have been a growing number of big books by African writers. This year, there were a number of hotly anticipated books by African writers. These include a new collection by Kenyan Nobel hopeful Ngũgĩ wa Thiong’o; another by popular Ugandan author Jennifer Nansubuga Makumbi’s Manchester Happened; and acclaimed Nigerian novelist Helon Habila’s fourth novel, Travellers.

Jackson said that she believes the relationship between African literature and world readers is changing. Readers, she says, now have “a stronger understanding that where ever you live, there are going to be stories that just resonate with a universal human experience.”

Still, most literary success for African writers goes through the bottleneck of English or French. Moreover, the road to world readers often goes not through publishing centers in Lagos, Nairobi, Johannesburg, and Cairo, but through Paris, London, and New York City.

There certainly are strong Africa-focused literary publishers such as Catalyst, Cassava Republic (Nigeria and UK), Parresia Publishers (Nigeria), and Rafiki Books (South Sudan). Yet many breakout African authors choose European or North American publishers. After all, these publishers often have more powerful distribution networks and the funding to put work forward for global prizes.

This can lead not only to out-sized influence from Western publishing, as Nigerian author Adaobi Nwaubani has written about in the New York Times, but it also means that books by South Sudanese authors, for instance, are less accessible in neighboring Kenya than they are in New York. Many solutions have been proposed: more co-publishing agreements, more publishing conferences, and stronger distribution networks are among them.

One recent supportive step was the launch of the African Publishing Innovation Fund. The International Publishing Association and the NGO Dubai Cares jointly launched the initiative this spring; the Nigerian publisher Cassava Republic Press was one of the first grant winners. With their $20,000 Innovation Fund grant, Cassava has announced plans to start an African-language imprint. There are, after all, more than 500 languages in Nigeria. Until the grant, Cassava had focused their efforts on English.

Looking for the Libraries

Catalyst’s Ashawnta Jackson said that, for this year’s #ReadAfricaWeek, she’d like to see more libraries join in. “We’ve had a few over the last two years, and it’s wonderful. Last year, there was a high school library that did posts all week and Multnomah County Library in Portland, OR participated as well. I love that it’s gotten so far beyond those first few publishers we contacted and hope that this year we get more libraries, literary orgs, and bookstores.”

“I think this year, it would also be great to see older works. There were a lot of new releases” in the past, Jackson said. “But there’s a long history of African literature, and I’d love to see more posts that look back as well as forward.”

Catalyst founder Jessica Powers said over email that, on the U.S. side, she’d “love to see some teenagers and educators join in, particularly high school teachers.” She’d also like to see the week move beyond Anglophone readers. “From the global perspective, I’d love to see a few people join in from Francophone and Lusophone countries since both are major languages in Africa.”

In addition to getting more people and organizations involved, Jackson said she’d also like to have more music.

“Because I love music as much as books, I’d love to see people making playlists based around some of these books,” Jackson said. “Someone did one last year, and I was so happy to see it. I’d actually love to work with someone to curate a #ReadingAfrica playlist every year.”

A week to read the literature of a whole continent, Jackson added, is clearly not much. She said she’d love to see the #ReadingAfrica hashtag and resources continue year round.

“I’d love for people who are interested in reading globally to know that if they click on the #ReadingAfrica hashtag, they’ll find great suggestions for books all year round. So my big hope is that readers, libraries, bookstores, etc, use the hashtag all year to spotlight those works, because as special as we think Reading Africa Week is, there’s no need to wait for a special occasion to read and share these books!”