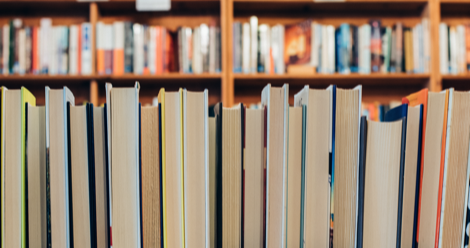 The year 2019 is bringing us some amazing essay collections. I’ve been keeping a list of the most exciting ones I’ve come across, and the number is up to 21 not including ones from next fall that I haven’t heard about yet. Below you will find essays of all types: lyrical, political, humorous, personal, literary, cultural, and more. There are debut collections and collections by veteran essayists. There are book-length essays, essay anthologies, and collections by single authors. There should be something for everybody. Take a look and let me know if there are essay collections you’re excited about that I missed.

I’ve included the publisher and publication date so you can see which ones are already available and which ones you can preorder or put on hold. 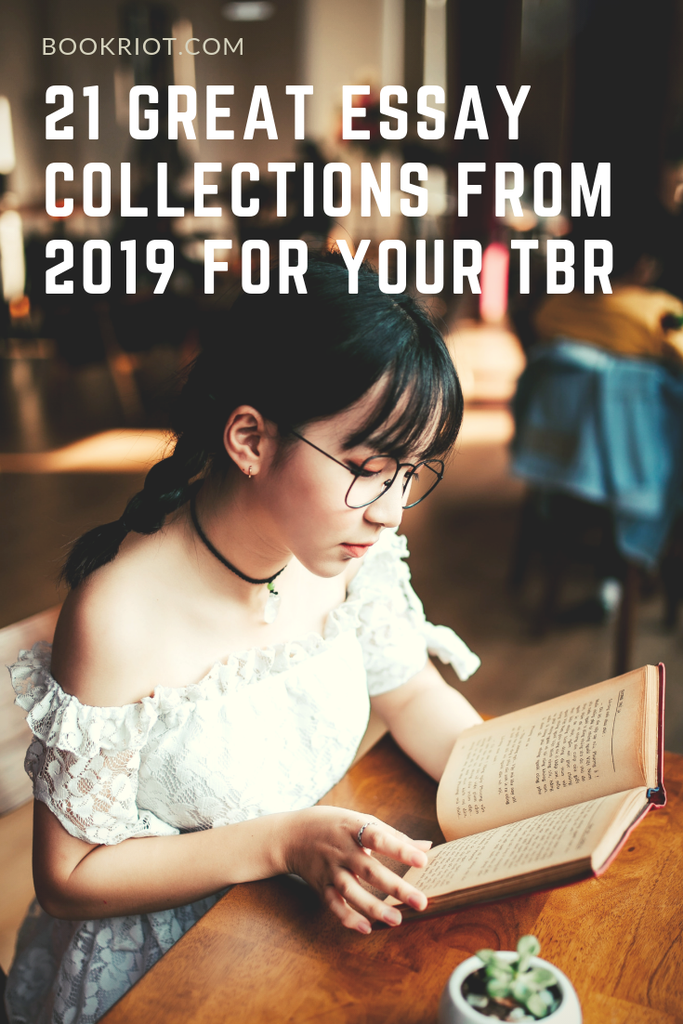 This is an indispensable book for those who want to think about race and culture, who like a mix of personal and academic writing, and who want some complex, challenging ideas to chew on. McMillan Cottom writes devastatingly about her personal experiences, and she doesn’t shy away from sharing her scholarly insights as well. This is a book that respects the reader’s intellect while also being accessible and engaging. 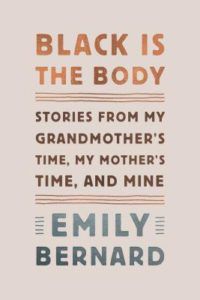 Black Is the Body: Stories from My Grandmother’s Time, My Mother’s Time, and Mine by Emily Bernard (Knopf, January 29)

The essays in this collection are about Bernard’s experiences of race: her life as a black woman in Vermont, her family’s history in Alabama and Nashville, her job as a professor who teaches African American literature, and her adoption of twin girls from Ethiopia. It begins with the story of a stabbing in New Haven and uses that as a springboard to write about what it means to live in a black body.

Brown, White, Black is an essay collection about being of Indian descent and growing up in Memphis, coming out as queer and marrying a white woman, and adopting a son who is black. She describes people’s confusion about her brown, white, and black family and how raising a black son—whose own gender identification is in flux—has changed her. It’s an insightful, moving look at what it’s like to navigate a world that doesn’t always understand you.

The Collected Schizophrenias won the 2019 Graywolf Press Nonfiction Prize. The book is a collection of essays on mental and chronic illness, a subject many of us are closely touched by. Wang combines research with personal narrative to explore disagreements in the medical community about definitions and treatments, misconceptions about schizophrenia, and the personal experience of living with mental illness.

Hard to Love is about love outside of marriage or coupledom. It explores the importance of the kinds of relationship that are often ignored: friendships, relationships with siblings, connections to people in our communities. It’s also about the love of jobs, objects, and books. The book is an argument against our cultural emphasis on self-reliance and for appreciating the networks of friendship and love we are embedded in. 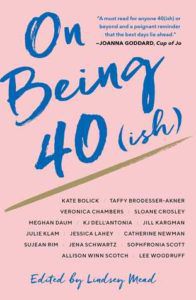 On Being 40(ish) edited by Lindsey Mead (Simon and Schuster, February 5)

This is an anthology with 15 women writers, including Veronica Chambers, Meghan Daum, Sloane Crosley, and Sophronia Scott, on what it’s like to turn 40. It’s a helpful book to think through what it means to confront aging, especially with all the cultural baggage getting older carries with it.

The Book of Delights by Ross Gay (Algonquin Books, February 12)

The Book of Delights is a collection of short essays—some as short as a paragraph—about small joys that Gay experienced during the course of a year. It’s about observing our environments and recording details that are easily missed and about delighting in the world while at the same time acknowledging its complexities. 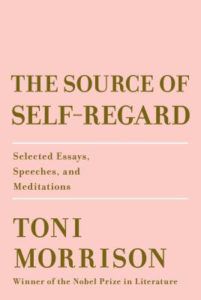 The Source of Self-Regard by Toni Morrison (Knopf, February 12)

Do you need to know more than that this is by Toni Morrison? The book is a collection of essays, speeches, and meditations from the past four decades. Topics include the role of the artist, African Americans in American literature, the power of language, and discussions of her own work and that of other writers and artists.

Nobody’s Looking at You by Janet Malcolm (Farrar, Straus and Giroux, February 19)

Janet Malcolm has been writing ground-breaking nonfiction for decades, and a new essay collection is always good news. This one collects pieces from publications such as The New Yorker and The New York Review of Books and covers a range of subjects, from Eileen Fisher to Rachel Maddow to Supreme Court confirmation hearings.

In the Dark Room by Brian Dillon (Fitzcarraldo Editions, February 26)

This is a reissue of Dillon’s book from 2005. It’s a book about loss, specifically the loss of his parents when he was a teenager and young man. He draws on literature, philosophy, art, and more to work through ideas about memory and grief. It’s meditative, literary, and beautiful. 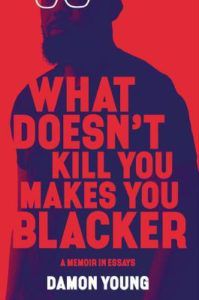 What Doesn’t Kill you Makes You Blacker by Damon Young (Ecco, March 26)

This is a memoir in essays about what it means to be black and male in the U.S. It’s both funny and sad as Young thinks about living as a black person in a world shaped by white people. It’s a great book for people who want to think through serious issues with a writer who is honest and hilarious both.

I Miss You When I Blink: Essays by Mary Laura Philpott (Atria Books, April 2)

This is a memoir in essays about Mary Laura Philpott having done all the things expected of her—job, husband, children—and being left feeling anxious. What happens next? The book is about finding one’s way forward through an identity crisis without having a major breakdown of the sort that leaves one’s live in shambles. 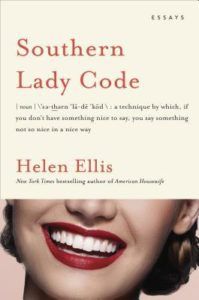 This is a great choice for those looking to laugh. Helen Ellis is the author of American Housewife, and here she offers essays on, as the book description puts it, “marriage and manners.” The subjects range from frivolous to serious, but Ellis is always lively, funny, and endlessly entertaining.

What My Mother and I Don’t Talk About, edited by Michele Filgate (Simon & Schuster, April 30)

This is a collection of essays about writers’ relationships with their mothers, including pieces by Leslie Jamison, Melissa Febos, Kiese Laymon, Carmen Maria Machado, and more. The book was inspired by an essay Michele Filgate wrote on her own complicated relationship with her mother and the unexpectedly powerful response that essay provoked. 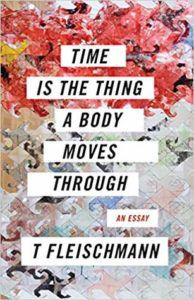 Time Is the Thing a Body Moves Through by T Fleischmann (Coffee House Press, June 4)

This is a multi-genre—essay, memoir, poetry, art—look at identity, gender, sexuality, the body, and more. Fleischmann takes the art of Félix González-Torres as a starting point to examine the relationship of bodies and art. It’s a short book that’s meditative, beautiful, and revolutionary. 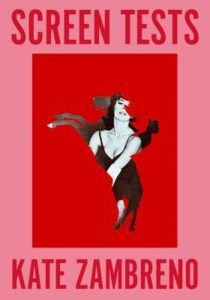 Yes, the subtitle has the word “stories” in it, but the stories in the first half are essayistic in feel and the book also includes actual essays in the second half. The first part includes meditations on topics such as aging, fame, and writing, and the essays are about art and artists such as Kathy Acker and David Wajnarowicz.

Bassey Ikpi’s essay collection is about her personal experiences dealing with Bipolar II and anxiety. She writes about struggling with mental health even while her career as a spoken word artist was flourishing, and she looks at the ways our mental health is intertwined with every aspect of our lives. It’s an honest look at mental health and our stories about identity. 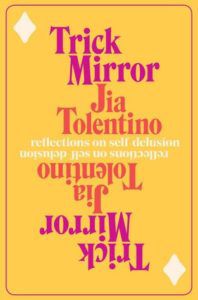 This collection includes nine essays about what it’s like to be alive today. Her subjects include life on social media, scammers, and the idea that we should always be improving until the day we die. Tolentino is someone we want and need to explain the world to us, someone who can bring clarity to all our confusion.

This is a book-length essay about moving west and finding that reality doesn’t match her dreams. Moving west is supposed to mean a move into a better life, but Low experiences relationships ending, family troubles, and various forms of discrimination. It’s a book about what it means to try to fulfill our deepest desires.

This is the first collection of essays from Rachel Cusk, known most recently for her trilogy of novels, Outline, Transit, and Kudos. Here, she collects pieces on culture, literature, and her personal experiences. Topics include motherhood, marriage, art, and writers such as Elena Ferrante and Françoise Sagan.

Want more essay recommendations? Check out great essayists from 2017 and 2018 and this list of 100 must-read essay collections.