Although it feels like awards season ended mere minutes ago, the other side of the next round of awards is just ramping up. The close of February saw the ballots go out to anyone attending the 2019 Bouchercon World Mystery Convention in Dallas. So writers and readers are busy penciling in five nominees in five categories. While I would never pretend to be able to predict what might happen, I do have a ballot burning a hole in my email inbox. Therefore, I can present my humble opinions of the mystery books I think I will be nominating myself (with a focus on fiction, since it’s what I know). 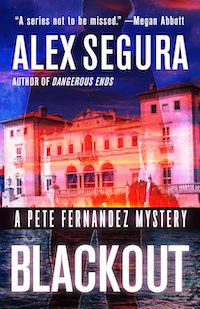 Gun to my head? In this category? I’m going with Blackout. Probably because, gun to my head, Alex Segura’s PI Pete Fernandez is the guy I want coming to my rescue. Even with all his ups and downs throughout an action-packed series, Fernandez seems to always find a way to land on his feet. With Segura’s experience in the comics world, his novels fly, with twists readers won’t see coming and action worthy of the most vibrant panels of your favorite graphic novel. But what sets the Pete Fernandez series apart is Segura’s in-depth analysis of a complex character. Blackout finds Pete diving back into the skeletons of his figurative Miami closet to find a senator’s missing son who may have information tied to a cold case that has haunted Pete. That’s where we start. We end up neck deep in a religious murder cult. Think we have collectively mined all the gold out of the self-destructive alcoholic PI storyline? Go read Blackout and enjoy the hell out of how wrong you are. 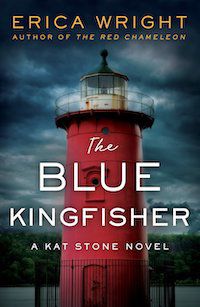 The Blue Kingfisher by Erica Wright

If I’m predicting (which I’m not…but I kind of am), I think this one nabs a nomination, as well. It easily makes my ballot. The third of Wright’s Kat Stone novels follows the former master of disguise as she investigates the suspicious death of a maintenance man from her apartment. And following Kat Stone around is one crazy trip. Wright’s novels crackle with the sort of old-fashioned noir of the golden age of detective movies. She asks of her readers just the right amount of willing suspension of disbelief for mystery fans to get lost within a switchbacking world of deception and good old snooping. 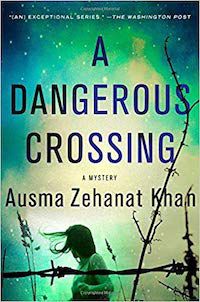 Ausma Zehanat Khan is, in my humble opinion, currently doing a better job than ANYONE at setting captivating mysteries against a landscape of societal and humanitarian issues. In A Dangerous Crossing, the Canadian police detectives cross their streams with Interpol over the double murder of a French agent and a Syrian refugee. And, as always, the mystery is front and center, playing out in thrilling fashion, but the societal implications are what sticks with you long after the last page. 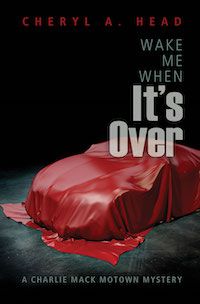 Wake Me When It’s Over by Cheryl A. Head

Say hello to my dark horse candidate. I will sadly predict that this one might get overlooked by the masses and possibly (tragically) miss the cut this year. But mark my words. The days of overlooking Cheryl A. Head will soon come to an end. The Charlie Mack series needs to be one of your next deep dives. With a third due out soon, the second installment, Wake Me When It’s Over, centers around a Detroit auto show and Charlie Mack’s team’s efforts to thwart a complex scheme to bomb the event. 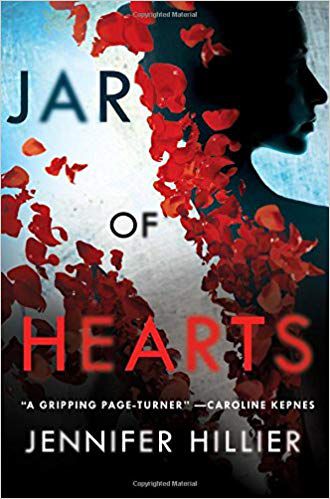 Odds on favorite to take home the prize. And, though I didn’t pick it myself, I am certainly nominating it and would not argue with anyone that it should win Best Novel. Jennifer Hillier has kept a foot in each of the horror and thriller genres for a while, and has proven herself to be one of the, if not the best at doing so. Jar of Hearts picked up at least one comparison to Silence of the Lambs, and with good reason. This book is terrifying. Hillier takes us deep, deep, deep into a trio of characters who revolve around a chilling secret from their past and its connection to a recent string of murders. One of the fastest reads you’ll ever pick up. Each page drags you by the chill bumps into the next. 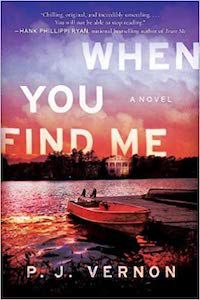 When You Find Me by P.J. Vernon

This is tough for me, because I consider myself friends with several people in this (and other) categories (full disclosure time), but I can only pick one to pencil in my number one spot. So…<wincing>…it’s PJ Vernon’s psychological mindf**k of a novel, When You Find Me. If I’m making predictions (which I’m certainly not…but also I am), I honestly believe Vernon (friend or not) is poised to stumble into some Gillian Flynn level book fame. In his first outing he explores marriage and madness in a way that has readers questioning their own sanity. Tell me that doesn’t sound a little familiar to the type of book that blows up. He clearly has the writing chops to unfold a story in the slow burn method we have all come to love in our psychological thrillers. So go read When You Find Me so that you can say you were a PJ Vernon fan long before <title of his blockbuster hit> dropped. 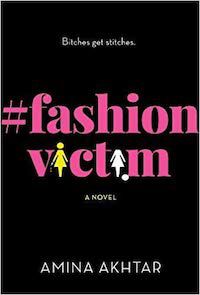 Continued disclosure: another friend. But, damn this is such a good book. Choosing between these two for this category was murder. Get it? Because…you get it. Akhtar is another name to watch as a writer with next-level potential. With her first novel she takes us into the underbelly of the fashion world through the eyes of wickedly wonderful Anya St. Clair. Think American Psycho meets The Devil Wears Prada. Did your eyebrows just waggle as you cooed, “Oooh.” Yeah. It’s that kind of good. 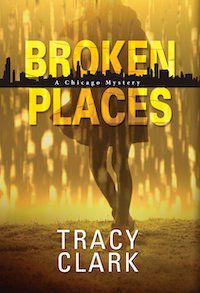 Tracy Clark is another fresh face on the mystery scene with the beginning of her Cass Raines series set in Chicago. A murdered priest alongside a dead gangbanger sets the stage for Clark’s PI to lead us on a guided hard-boiled tour of Chicago. And like all the best detective noirs do for all those gritty cities, Chicago never looks the same again. 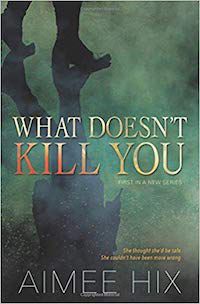 What Doesn’t Kill You by Aimee Hix

This one came out so early in 2018 that I’m afraid people might have forgotten it. But Hix brought Willa Pennington and a shadowy D.C. to life in a way that deserves to be revisited. Although admittedly not quite on the same level as some others in this category, What Doesn’t Kill You is a STRONG start to what promises to be a series with a lot of life in it. You can be looking for this writer to show up in some other categories in years to come. 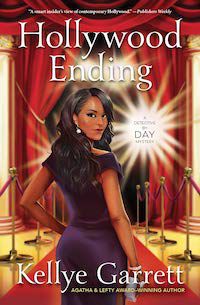 Kellye Garrett’s Detective by Day series has pretty much won all the awards. So it’s a safe bet that her second book in the series will find a spot among the nominees. And, as much as I love all of the books on my list, I must say that I am partial to funny mysteries. And no one hits the balance quite like Garrett and her lead character, Dayna Anderson. Fittingly, this outing sees Dayna in the middle of award season in Tinseltown when a celebrity publicist turns up dead. Go ahead and put your money on this one against the field. 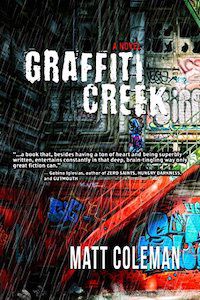 Yeah, I know. I know! So douchey. Like, the worst. But, hey, if I can’t back my own book, then why even write it? It’s a thriller that reads like a modern retelling of North By Northwest, but with a diverse cast. And It can’t even sniff the air of the Garretts and the Rader Days of this category, but, as someone who reads a lot of crime fiction, it deserves at least a passing glance as a stand alone mystery-thriller paperback. 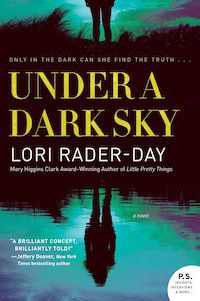 Under a Dark Sky by Lori Rader-Day

If Kellye Garrett loses out, it will be to Rader-Day. One of crime fiction’s reigning queens takes on the locked room mystery in Under a Dark Sky. And Agatha herself would sing the praises of this one. 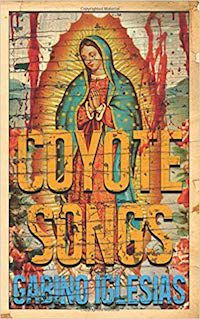 Another friend, but I don’t feel the need to even disclose that. Because everyone LOVED this book. It’s episodic and borders on horror, but the mosaic pieces fit together nicely to form what I call a crime novel. Iglesias writes his own brand of crime fiction called barrio noir, and, while he is getting and deserves horror nominations for this book, he also should get some love from the crime fiction community. 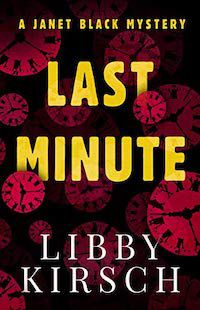 I say again: I have a soft spot for funny mysteries. Libby Kirsch writes in this wonderful zone tucked somewhere between hard-boiled and cozy. And I love it. The Janet Black series throws my new favorite bar owner into some twisty-turny mysteries. And outside of Dayna Anderson, this is the funniest protagonist you’ll find in the mystery genre.