Since the kitchen was the center of everything, it was rare you could pass through the kitchen without being given a job: set the table, make the rice, shell the fava beans from the garden. Cooking wasn’t something done in the wings, so, growing up, I naturally absorbed a bunch of cooking skills. But it wasn’t just from the cooking going on in the house. There were always cooking shows on the television. This was long before Food Network even existed, so I grew up on PBS cooking shows. Three particular chefs were (and still are) commonly viewed when I’m with family. They all have multiple cookbooks published, but I’ve highlighted some of their best. 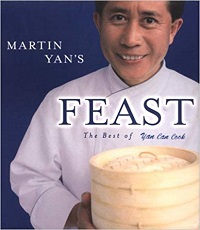 I remember Martin Yan as being one of the most charismatic chefs to ever grace our television. EVER. Based on his show, Yan Can Cook, I thought I’d be cooking absolutely every meal in a wok when I grew up, because that’s what grown-ups do: cook using woks. His books are still my go-tos for Chinese cooking. His knowledge and artisanship is so extensive, he was chosen to author the Chinese Cooking for Dummies book. I recommend Martin Yan’s Feast: The Best of Yan Can Cook. 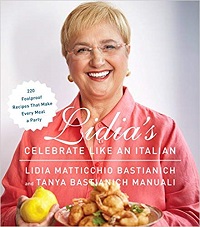 Lidia Matticchio Bastianich is another television chef who I watched a lot of in my 20s. It’s likely her show is on the tv whenever I go over to my aunt and uncle’s flat to this day. Lidia seems like someone with whom it would be amazing to share a meal but I’m not gonna lie, I’d definitely want to share a drink with her as well. She’s absolutely lovely. I recommend Lidia’s Celebrate Like an Italian: 220 Foolproof Recipes That Make Every Meal a Party: A Cookbook. 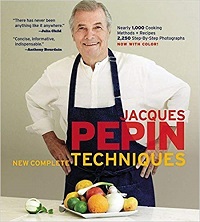 Watching Jacques Pépin cook has always soothed my soul. He’s a phenomenal, award-winning chef who won an Emmy award for the show he did with Julia Child. Jacques was a staple in my home since the late 1980s and if you catch an episode of his show now, you may be fortunate enough to see him cooking with his granddaughter, Shorey, who is completely charming. I recommend Jacques Pépin New Complete Techniques.