This Riot Recommendation asking for your favorite all-ages comics is sponsored by Nobrow and Flying Eye Books. 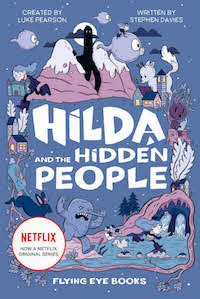 In I-love-book-coincidences, Hilda happens to be playing in the background on Netflix while I write this. And you know Rioters love comics, and all-ages comics because we read everything! It’s also lovely when you can discuss something you’ve read and loved with anyone, regardless of their age. Plus, who doesn’t want to get to read their kids a comic that they aren’t having to suffer through? That’s why we’re asking you to tell us your favorite all-ages comic down in our comments section. And next week, when we’re done buying them all, we’ll have a nice list for you!