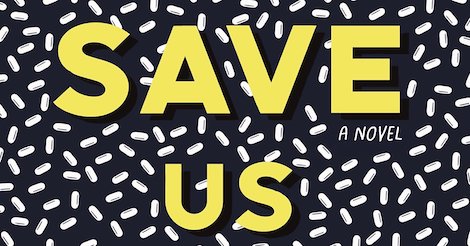 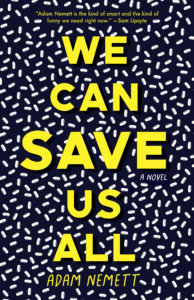 We Can Save Us All is wonderfully unhinged. It follows a group of Princeton students as they’re inspired by a wealthy cult leader type to drop out of college, develop larger-than-life alter egos, and try to stave off an impending apocalypse that may or may not be real.

Clearly, debut novelist Adam Nemett is juggling a lot of balls here. The book is a biting look at millennial masculinity, whose major cultural touchstones are superheroes, prescription drugs, and an absolute faith that a few smart young men (and they are mostly men) can change the world.

One of the book’s many amusing aspects is the bizarre specificity of the superhero personas. Nemett’s clearly had some fun with these. Here’s a rundown of some:

From LAX Luthor to Sergeant Drill, the superheroes from We Can Save Us All believe they’re saving the world. But clearly they’re first saving themselves, from an outside world that looks all too dull.