On November 9–10, 1938, approximately 7,500 Jewish homes, stores, hospitals, and schools were destroyed and looted, hundreds of Jews were arrested, and 91 Jews were murdered. Thirty thousand Jewish men were sent to concentration camps. These attacks were carried out in Germany, Austria, and the Sudetenland (parts of the former Czechoslovakia) by civilians and paramilitary groups at the urging of the Nazis, and police officers and firefighters stood idly by because the Gestapo told them not to stop the riots. Directly following this, the Nazis blamed the Jews for the events and heavily fined the German Jewish community.

This was Kristallnacht, or “the night of broken glass.” It was a turning point, marking the change from “merely” anti-Semitic rhetoric and laws, to actual violent actions. The Holocaust didn’t happen in one fell swoop; Hitler slowly added more and more restrictions; started lying more and more; and kept on riling up his base. The Nazis built up to the mass round-ups, deportation, and mass murder of Jews, gay people, Roma, the disabled, and anyone who didn’t fit their ideal. Human rights atrocities don’t just happen overnight. It builds up gradually and then all at once. There are warning signs. It’s just a matter of whether people recognize the signs, take them seriously for what they are, and decide to take action against them.

It’s often said that those who don’t know history are condemned to repeat it. Clearly, that seems to be a bit simplistic, given the current events—but learning about the past is important if we are to change the future. This November marks the 80th anniversary of Kristallnacht. If you’re looking to learn more about Kristallnacht or the Holocaust, here are some books to get you started. 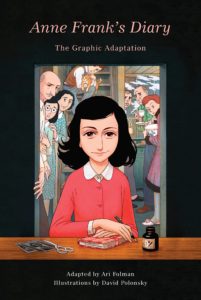 If you’ve never read this—or even if you have, pick up this version. In fact, get both, because obviously, this isn’t the full diary. This was a monumental task, I imagine, converting this classic text to a graphic memoir. But Folman and Polonsky did an admirable job of bringing the diary to life on the page, and the art feels right with the text. A haunting, important book that has become only more so as time goes on. 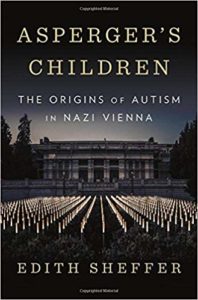 Asperger’s Children: The Origins of Autism in Nazi Vienna by Edith Sheffer

Although Asperger syndrome is no longer in the DSM, it still remains in our everyday conversations. Hans Asperger was a pioneer of autism, and while most people celebrate his contributions to the field of psychology, this book sheds light on a not-so-great aspect of Dr. Asperger: his ties to the Third Reich and his complacency in the abuse and murder of children. The Nazis targeted anyone different or dissenting, including those who were disabled. This book was a tough one—excruciating at times—to get through. Sheffer does a wonderful job of discussing the nuances of Asperger’s work, and how his research was eventually used to pathologize different kinds of thinking and how it was used in a fascist regime. 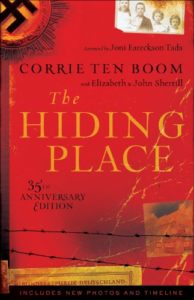 The Hiding Place by Corrie Ten Boom, with Elizabeth and John Sherrill

Corrie Ten Boom was a Dutch watchmaker who, along with her family, became active in the Dutch Resistance against the Nazis. They hid Jews and other members of the Resistance from the Nazis, until an informant led to their arrest. Ten Boom was sent to prison, then several concentration camps, and eventually released because of a clerical error. Even after her release, she helped disabled individuals hiding from the Nazis. She and her family have been honored as Righteous Gentiles for their work—and this book is their story. 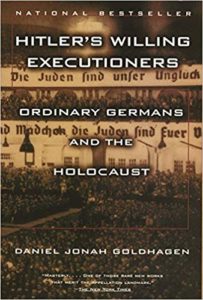 When many people think of Germany during the Third Reich, a common refrain is “how did this happen?” The world was more aware than you might think, although the news about it was buried in the back pages. The informants that told Nazis where Jews were hiding, or those that rounded up Jews in their neighborhood were simply ordinary Germans. Not everyone who killed Jews was an SS soldier. Plenty of “good Germans” simply turned the other way because whatever was going on didn’t affect them. They didn’t speak up because each new law, each new restriction, each new decree, didn’t infringe on their rights or their lives. Their neighbors and friends disappeared, and they went on with their lives. Hatred flourishes thanks to the complacency of ordinary people. This book is a detailed account of how ordinary Germans played a critical role in the Third Reich, and how their inaction was used to Hitler’s advantage. 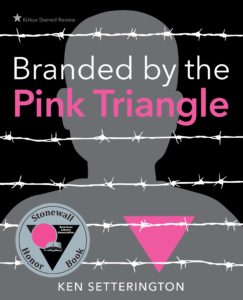 Branded by the Pink Triangle by Ken Setterington

Berlin was a cultural hub prior to the Holocaust, and a tolerant city for gay men and women. Once Hitler came into power, that changed. This book compiles first-person accounts of being gay during Hitler’s regime and stories of camps, along with research and anecdotes. Like the yellow star for Jews, the pink triangle was used to identify gay individuals, and the Nazi regime was brutal toward them. This book is a good start to learning more about this subject, with a detailed bibliography for further reading.