When I was a young Mvskoke (Creek) girl growing up in Oklahoma, my third grade classroom had a series of coloring sheets with short biographies of famous Oklahomans. My favorite one was about Maria Tallchief, the Osage ballerina who danced all over the world and then became America’s first prima ballerina when she danced with the newly-created New York City Ballet in the 1940s.

Tallchief is the most famous of the group known as the Five Oklahoma Indian Ballerinas. The others are Maria’s sister Marjorie Tallchief, Rosella Hightower (Choctaw), Yvonne Chouteau (Shawnee), and Moscelyne Larkin(Peoria/Eastern Shawnee). Because I grew up knowing about them, I realized that ballerinas could be from any nation or race, but I also knew that many ballet dancers who were not Russian or European faced  discrimination, especially in ballet’s early days.

My experience is not usual. Even with so many great ballet books in the world and despite the fame of American Ballet Theatre principal dancer Misty Copeland, many people are unaware of the ballet’s diverse history. For that reason, dancer, writer, and educator Theresa Ruth Howard founded the extensive online archive Memoirs of Black Ballet to chronicle the history of African Americans in ballet and promote awareness of current dancers.

The books in this list offer personal perspectives on the diverse history of this elegant art form. 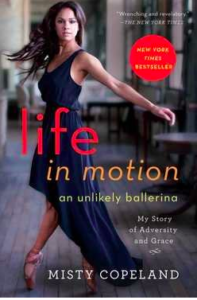 Life In Motion by Misty Copeland

Misty Copeland is so famous that she doesn’t really need an introduction. She is the first female African American principal dancer (also known as “prima ballerina”) for the American Ballet Theatre and the subject of the documentary A Ballerina’s Tale. This memoir tells the story of her difficult childhood in Kansas City, where she began ballet at what for dancers is the late age of 13. From there, she went on to become today’s most famous ballerina, known not just for her incredible dancing but for the many ways she uses her fame to give back to her own and other communities. 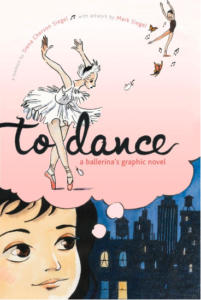 To Dance: A Ballerina’s Graphic Novel by Siena Cherson Siegel

Unlike most of the dancer/authors in this list, Siena Cherson Siegel didn’t make ballet her profession. But anyone who has danced ballet knows that you don’t have to become famous for ballet to remain important to your life. Cherson Siegel’s graphic novel, illustrated by her husband, tells the poignant story of how the dancer moved from her childhood home in Puerto Rico to study at the School of American Ballet in New York City, where she danced in many children’s roles in the 1970s and ’80s. 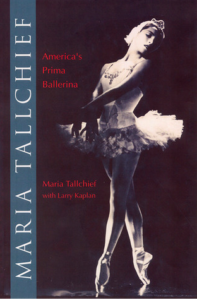 This book came out the year I graduated college, and I was so excited to read it. I knew Maria Tallchief was famous, but I didn’t realize just how worldwide famous she was until I read her memoir. The book begins with her childhood in the Osage Nation of Oklahoma and continues through her incredible dance career all over the world. It is an elegant and wise glimpse into the personal life of a larger-than-life prima ballerina. 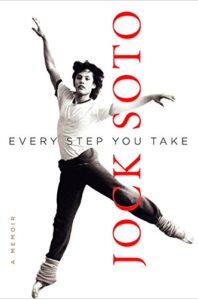 Every Step You Take: A Memoir by Jock Soto

The year before last, I got to watch Jock Soto dance at an event in Santa Fe, New Mexico. It was electrifying. The woman sitting beside me, a choreographer, whispered, “He is a legend.” It’s true. Soto, who is Puerto Rican and Navajo, had a long career as principal dancer for New York City Ballet, dancing many important roles and partnering famous ballerinas including Wendy Whelan. His marriage to chef Luis Fuentes was featured in the New York Times “Vows” section. His charming memoir is one of the most popular of the modern ballet memoirs, and with good reason. 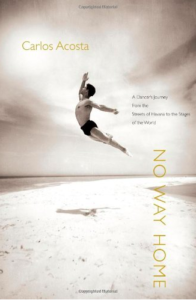 No Way Home: A Dancer’s Journey from the Streets of Havana to the Stages of the World by Carlos Acosta

There were several opportunities for Carlos Acosta not to become a ballet dancer. His dramatic memoir tells about his difficult boyhood in 1970s Cuba, where he dreamed of becoming a soccer star, not a dancer. But his father believed ballet was a path to a better life for his son, so he set him on that course, which eventually led to a storied career first in the celebrated Cuban National Ballet and later in the United States and all over the world. 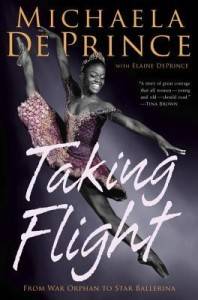 A favorite among YA memoirs, DePrince’s book tells the story of her journey from an orphanage in Sierra Leone to the American Ballet Theatre to her current soloist position with the Dutch National Ballet. DePrince also collaborated with her mother on a memoir for younger readers called Ballerina Dreams. 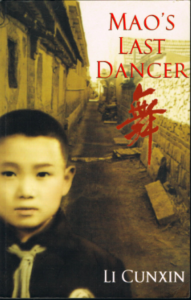 Cunxin grew up in extreme poverty in rural China. When he was 11, he was chosen by the Chinese Communist Party to train as a ballet dancer. Taken away from his family, he suffered homesickness and loneliness. But he also found joy in dance, which eventually led him out of China as a exchange student to the United States. From there, he became a professional dancer. The powerful memoir was made into a movie of the same title in 2009. 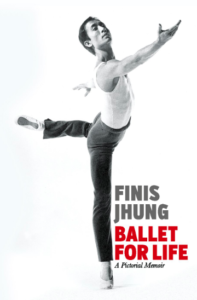 Ballet for Life: A Pictorial Memoir by Finis Jhung

Finis Jhung was 80 when he published his pictorial memoir in 2017—and he is still going strong as a dance instructor today. Jhung, who is Korean American, was born in Hawaii. His career spans six decades and includes time in the Joffrey and Harkness ballet companies, which allowed him to dance all over the world. Besides the memoir, this indefatigable dancer maintains an active blog. 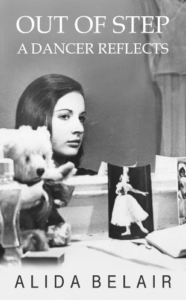 Out of Step: A Dancer Reflects by Alida Belair

Alida Belair is a Jewish ballerina born in 1944 in the south of France to parents who were living there as refugees during the Holocaust. In 1949, the family immigrated to Australia, where Belair began a ballet career that led her to the famous Bolshoi Ballet in Moscow and eventually to the United States. There, she danced leading roles with several prestigious companies, including the American Ballet Theater. Today, she is a Pilates instructor in Australia.