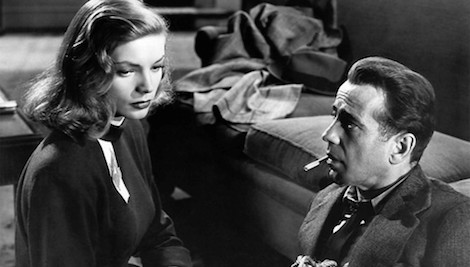 Started in 2010 by Marya E. Gates, Noirvember celebrates film noir for the month of November. There are countless ways to participate, but my plan for this year is to watch these excellent film noir based on novels.

In some cases, the novel is noir while the film is not so much noir, and in others the novel is less noir and the film more so. And some are noir through and through! It’s a good mix (I hope). 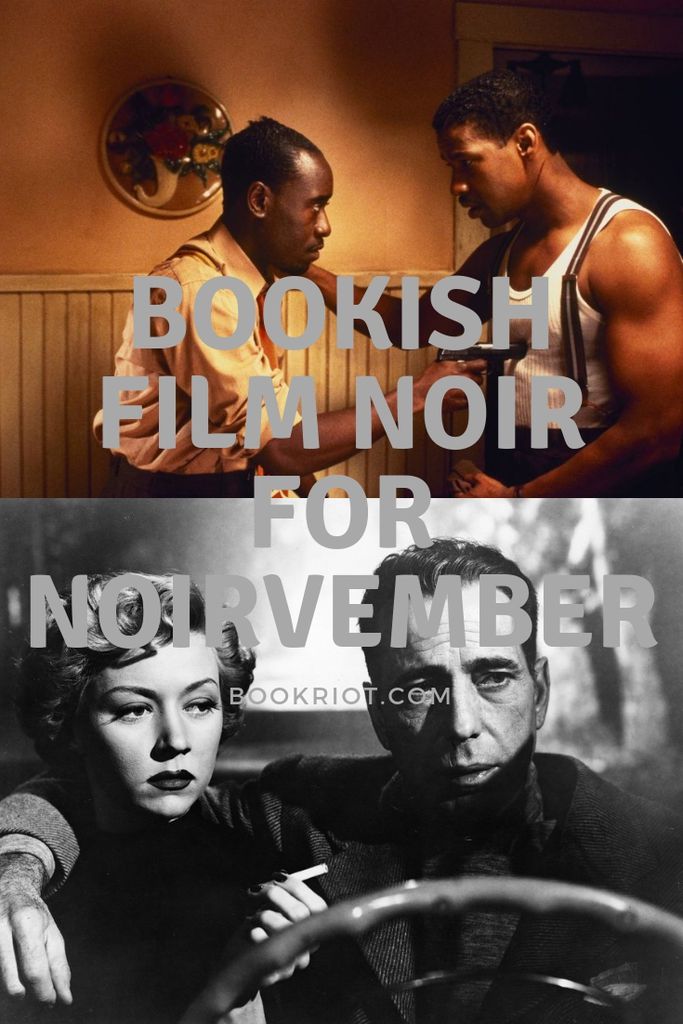 Based on The Big Sleep by Raymond Chandler, the first of the Philip Marlowe mysteries. Bonus: BEST TRAILER EVER. It opens in the LIBRARY. (If you watch on DVD, I highly recommend the 1945 cut.)

Based on Double Indemnity by James M. Cain. I believe this movie to be the perfect film noir, and recommend it as both noir 101 and just good viewing.

Based on The Glass Key by Dashiell Hammett. Probably his most-loved novel after The Maltese Falcon (see below) and The Thin Man (which was made into a non-noir movie with noir elements that I did not include on this list because I didn’t feel like it).

Based on In A Lonely Place by Dorothy Hughes. Like Devil in a Blue Dress, I have somehow never read or watched this one. I understand that the movie is based on the book in title only. I’ll let you know.

Based on the short story “The Killers” by Ernest Hemingway, available in The Complete Short Stories of Ernest Hemingway. There is also a 1964 version that is worth watching if you like the ’46, but nowhere near as good.

Based on Laura by Vera Caspary. Even if this movie were not brilliant (it is) and perfect (it is), and even if it did not star the divine Gene Tierney (it does), and even if Dana Andrews could not get it (he could), it would be worth watching for a very young Vincent Price and a delightfully cranky Clifton Webb.

Based on The Long Goodbye by Raymond Chandler, the sixth and best Philip Marlowe novel. The 1973 neo-noir by Robert Altman updates the character in delightfully unexpected ways. I am a fan.

Based on The Maltese Falcon by Dashiell Hammett, which also spawned The Adventures of Sam Spade, my favorite radio play of all time (which was most decidedly not noir, but was really fun). This is one of THE classic film noir.

Based on Mildred Pierce by James M. Cain. The book is every bit as bleak and hopeless as any noir, but the movie takes it to a new level of noir, adding a mystery that is not in the book. For a more book accurate and non-noir adaptation, watch the 2011 HBO miniseries.

Based on The Postman Always Rings Twice by James M. Cain. For years I disliked this movie because the character of the femme fatale is very different than in the book. Then I saw it on the big screen and I changed my mind. Yes, she is different, but I like both versions.

Based on Sin City by Frank Miller. I went back and forth on whether to include this broad pastiche on film noir, but ultimately decided it’s too fun to leave off.

Based on Strangers on a Train by Patricia Highsmith. I maintain that Hitchcock did not make film noir, but this is certainly the closest he ever came.

Final count: 3 movies based on James M. Cain novels, 3 movies starring Humphrey Bogart, 3 movies based on novels by white women, and a lousy 1 (one) movie based on a book by a person of color (also the only movie on this list with non-white actors). Please note that there are plenty of noir stories written by authors of color. They just have not been made into movies, or if they have I was not able to find them. It is also worth noting that the only classic film noir directed by a woman, Ida Lupino’s The Hitch-Hiker, is not based on a book. The same is true of the best-known neo-noir, Kathryn Bigelow’s Blue Steel.