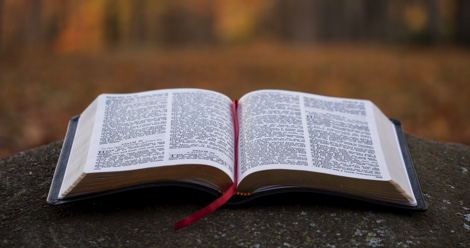 Joshua Harris’s 1997 book I Kissed Dating Goodbye has had a reach far beyond the million or so copies it sold. In the two decades since publication, it has had a marked contribution to the global theology and practice of conservative evangelical purity culture. Hugely popular in the youth group circles in which I grew up, the damage this book and its ideas have caused to many has been profound.

Which is why the statement released on Monday, 22nd October, from Joshua Harris that I Kissed Dating Goodbye (alongside two of his other similar books Sex is not the Problem: Lust Is, and Boy Meets Girl: Say Hello to Courtship) will no longer be published or reprinted is significant.

Over the past couple of years, Harris has been gradually distancing from his work so the statement, that can be read in full here, does not come as a complete surprise. As far as apologies from cis het white conservative men go (not a group known for their remorse or empathy abilities) it’s not the worst. It even actually contains the word “sorry.” But that doesn’t make it an actual apology. An apology requires repentance. This is a statement that still clings to the violence of purity culture. That is full of massive understatements and blame shifting. And as he says himself, it comes too late.

The responses to this statement were full of people telling him how brave he is. Telling him they forgive him. My own circle of Christian (and ex-Christian) Twitter, full of queer and trans people, have been less quick to offer absolution. This thread, by poet Emily Joy, breaks down well the shortcomings of his “apology” and why it just doesn’t measure up to the degree of harm caused.

None of this is acknowledged. Nor is he stepping down from his other work. Whilst aware that his previous work has caused such damage, this is not seen as a reason why he should stop writing or producing content, religious or otherwise. In fact, his apology is used to further advertise himself and his projects.

I’m pleased that these books will stop being put out into the world. But get back to me when you’ve made real reparations for the harm you’ve caused. Give away every penny you’ve ever made by advocating this deadly theology. Give it to organisations working to lift up and support women, LGBTQIA+ folk, and assault survivors. Stop writing about yourself and instead truly listen to our voices. This is the beginning, not the end, of us breaking free from the trauma I Kissed Dating Goodbye entrapped us with.