Update! Here’s where to make donations:

Hi everyone. The director of @OrangeCityPL says they are happy to accept donated books. Their address is: 112 Albany Ave SE, Orange City, IA 51041. https://t.co/VSh23xt7fO

In case you missed it, people are burning books again. You know, just like the Nazis. Last week in Orange City, Iowa, the director of a “pro-life,” “pro-family” group called Rescue the Perishing decided it would be a cool idea to burn books from the public library and broadcast it on Facebook Live. This dirtbag, who I refuse to give publicity by calling out by name, destroyed public property in protest of LGBTQ+ education, pride, and freedom.

You know what would really piss him off? If we all bought the books he burnt.

Buy the Books He Burnt

This sweet contemporary YA romance is based on the true story of Harry and Craig, two 17-year-old boys who are training to break the Guinness World Record for kissing. A quick, cute read, this book should definitely be at the top of your TBR list. 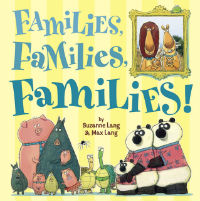 This Day in June by Gayle E. Pitman

Sometimes it can be hard to talk to your kids about the important stuff. (I talk to everyone like they’re 25, but that’s my problem.) In this picture book, Pitman makes it easy to welcome your kiddos into learning about LGBTQ history and culture. It also includes a how-to section with pointers that will help you start age-appropriate conversations about sexual orientation and gender identity.

Morris Micklewhite and the Tangerine Dress by Christine Baldacchino

Morris wants to wear a tangerine dress, and then he does, because he’s awesome. He doesn’t care what other people think about his dress. He’s comfortable being himself. Be like Morris. Buy your rugrats this picture book.

Why the Dirtbag Burned the Books

In the 28-minute long Facebook Live rant, which has since been removed from the site, the aforementioned dirtbag harangued his minuscule audience about the gay agenda. (Personally, my gay agenda for today includes hanging out with my cat and going to the grocery store, but w/e.) The dirtbag was vague about his ire, calling for the elimination of “classroom sex talk,” whatever that means, in favor of what the Sioux City Journal calls “a Biblical, marriage-based curriculum.” Uh, pass.

But he wasn’t done there. He yelled at local churches for being soft on homosexuality and Northwestern College for…teaching people? He also pontificated about abortion, because of course he did. (See also: old man yells at cloud.) 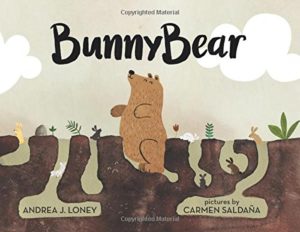 It seems that OC Pride was the source of his ire. With such provocative events as a reading of Andrea J. Loney’s Bunnybear, it’s no wonder the dude flipped his lid. (Heavy sarcasm.)

“It is disappointing to see folks break the law in a community where we believe abiding by the law keeps everyone safe,” OC Pride told the Sioux City Journal. “We are thankful for the LGBTQ+ community here in NW Iowa for setting a positive example of building community in light of those who do violent, illegal things to prove a point.”

Why Burning Books Makes You a Fascist Dirtbag

I know I’m being flippant and funny with this article—because fuck that guy—but book burning is a serious action with a fairly loaded history. Before the invention of the printing press, burning a book meant you were destroying an almost irreplaceable object.

Book burning has been used as a form of censorship for millennia. More recently, Nazis used book burning as a tactic to incite fear and silence dissent, and in 2012, al-Qaida torched a library of priceless, ancient manuscripts in Timbuktu.

Book burning is so terrifying and destructive because it’s directly in opposition to free speech. It stops the sharing of information at its source. While that seems a little far-fetched today because we have so much information at our fingertips, books still represent the free exchange of ideas. They’re also the original source cited for most credible info on the internet. Go figure! 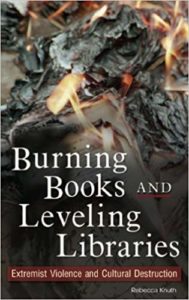 Since books represent the free speech, burning them is a symbolic act. The person who burns books is saying he wishes to silence the people who share the book’s beliefs. In the case of the dirtbag in Iowa, though I have mocked him thoroughly, his actions are quite sinister. As history has shown, the destruction of ideas can lead to the organized destruction of groups of people.

Read more about book burning with: Libricide: The Regime-Sponsored Destruction of Books and Libraries in the Twentieth Century and Burning Books and Leveling Libraries: Extremist Violence and Cultural Destruction by Rebecca Knuth.

Want to read more LGBTQ+ books? Check out these other lists for our faves:

I apologize for the disparaging remarks I made about you in this post. Dirt, you give us life. You help plants grow. You don’t deserve to be compared to a fascist fuckwit. Sorry, dirt.