The world felt like it ended in 2016. Then again in 2018. But if there’s one thing that speculative fiction reminds us, it’s that the world can end a thousand times, in a thousand different ways—and even when it does, human beings are capable of persevering and starting anew. If that’s any comfort to you, well, then: these post-apocalyptic books from 2018 are a great place to start reading about new possibilities, even through futurescapes that are bleak. 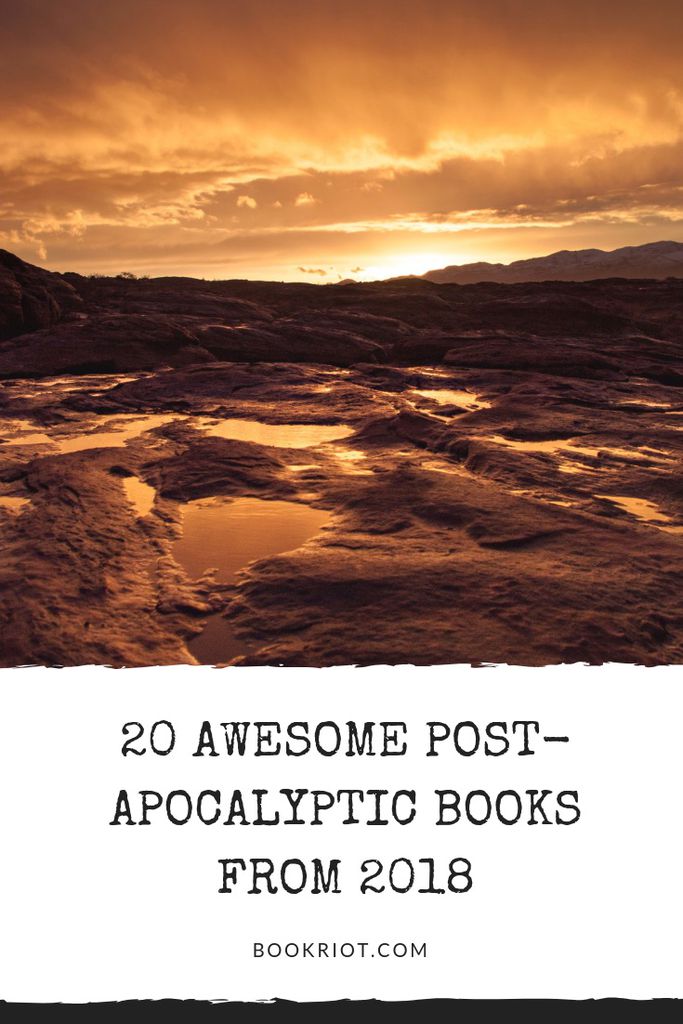 1. The Book of M by Peng Shepherd

Via Amazon: “Set in a dangerous near future world, The Book of M tells the captivating story of a group of ordinary people caught in an extraordinary catastrophe [of forgetting] who risk everything to save the ones they love.” 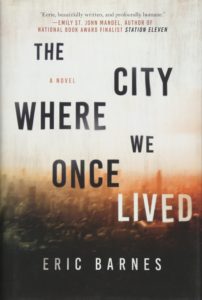 2. The City Where We Once Lived  by Eric Barnes

Via Amazon: “In a near future where climate change has severely affected weather and agriculture, the North End of an unnamed city has long been abandoned in favor of the neighboring South End. Aside from the scavengers steadily stripping the empty city to its bones, only a few thousand people remain, content to live quietly among the crumbling metropolis. Many, like the narrator, are there to try to escape the demons of their past.”

Via Amazon: “Set 500 years in the future, a mad cow-like disease called ‘Bent Head’ has killed off most of the U.S. population. Those remaining turn to magic and sacrifice to cleanse the Earth.”

Via Foreword Reviews: “A worthy sequel to the thought-provoking Splinterlands, Frostlands is triumphant and absorbing science fiction, full of ecological and societal warnings. It is a unique and imaginative look at a future Earth scarred by environmental neglect.”

5. Moon of the Crusted Snow by Waubgeshig Rice

Via Amazon: “With winter looming, a small northern Anishinaabe community goes dark. Cut off, people become passive and confused. Panic builds as the food supply dwindles. While the band council and a pocket of community members struggle to maintain order, an unexpected visitor arrives, escaping the crumbling society to the south.” 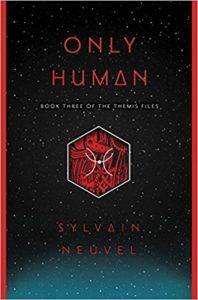 6. Only Human by Sylvain Neuvel

Themis’s originators returned to retrieve her, and to clean up a little genetic mess. Things did not go as planned. A decade after the alien attack, people treat each other with paranoia and cruelty…and guess what?: Themis’s passengers are back with some insights from the stars. A bold conclusion to a riveting trilogy.

Via Amazon: “Rosewater is a town on the edge. A community formed around the edges of a mysterious alien biodome, its residents comprise the hopeful, the hungry and the helpless—people eager for a glimpse inside the dome or a taste of its rumored healing powers. Kaaro is a government agent with a criminal past. He has seen inside the biodome, and doesn’t care to again—but when something begins killing off others like himself, Kaaro must defy his masters to search for an answer, facing his dark history and coming to a realization about a horrifying future.”

Via Amazon: “Trapped underground in the Svalbard Seed Vault, Mavin Cedarstrom is rescued by a band of strange women dressed in furs. The Peregrine scout Simone Kita was sent to recover seeds from the top of the world and bring them south to the floating gardens of Kashphera…[it’s] a wild ride into an ancient future.”

Via Amazon: “Once Homo sapiens reigned supreme, spreading from star system to star system in an empire that encountered no alien life and thus knew no enemy…save itself. As had happened many times before, the basest, most primal human instincts rose up, only this time armed with the advanced scientific knowledge to create a genetically engineered smart virus that quickly wiped out humanity to the last man. That man is Ruslan, the sole known surviving human being in the universe.”

10. Shades Within Us Edited by Susan Forest and Lucas Law

Via Amazon: “Journey with twenty-one speculative fiction authors through the fractured borders of human migration to examine assumptions and catch a glimpse of the dreams, struggles, and triumphs of those who choose or are forced to leave home and familiar places.”

Via Amazon: A “hilarious and wildly popular instagram comic about a world with no men…perfectly-paced strips…skewer perceived notions of femininity and contemporary cultural icons.”

Via Amazon: “Two millennia from today, Earth is not the hospitable home we once we knew. Ravaged by an endless onslaught of war, disaster, and time, the world is littered with desolate badlands, fortified kingdoms, and secretive enclaves where humanity still clings to life…Enclaves like The Grove—Earth’s last known repository of scientific knowledge and bioengineered prosperity.”

13. Beyond the Sixth Extinction by Shawn Sheehy (Illustrated by Jordi Solano)

Via Amazon: “Elaborate pop-ups feature some wonderfully creepy creatures that just might dominate the ecosystem and be essential to our planet’s survival in an eerily realistic future world.”

14. The Flooded Earth by Mardie McConnnochie

From Amazon: “Forty years after a devastating flood changed the face of the earth…twins set out in the family’s small sailboat. But though they are both experienced sailors, they have no idea what dangers the sea has in store for them.” 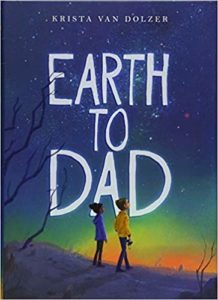 Via Amazon: “Climate change has done its worst, and humanity’s future rests with Mars; that’s where Jameson’s dad is. But his dad is not sending transmissions as frequently as he used to, and when he does there are bags under his eyes. Jameson begins to realize there’s more to the story than he knows.”

16. The XY by Virginia Bergin

Via Amazon: “In River’s world, XYs are a relic of the past, along with things like war and violence. Thanks to the Global Agreements, River’s life is simple, safe, and peaceful…until she comes across a body in the road one day. A body that is definitely male, definitely still alive.”

Childbirth is fading out. Refugees are sent to work at the site of an ecological disaster. These probabilities aren’t the focus of this novel, but they certainly dictate the worries of its heroine, Angelica’s, life. It’s been called a “tour-de-force tapestry of science fiction and historical fiction,” and that’s absolutely correct.

18. We Can Save Us All by Adam Nemett

The apocalypse hasn’t arrived just yet, but it’s certainly on its way; the water level is already rising. A Princeton group (that’s kinda cult-y) thinks it may have the answer…

Via Amazon: “In a Jerusalem both ancient and modern…two young poets are about to have their lives turned upside down…Jeremiah begins to despair, and in that despair has a vision: that Jerusalem is doomed, and that Mattaniah will not only be forced to ascend to the throne but will thereafter witness his people slaughtered and exiled. But what does it mean to tell a friend and rival that his future is bleak? What sort of grudges and biases turn true vision into false prophecy? Can the very act of speaking a prediction aloud make it come true?” 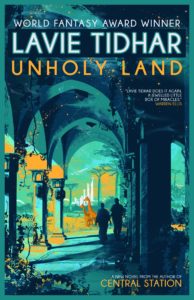 Nur is from a place where an incarnation of Jerusalem was bombed into black glass. Tirosh is from…somewhere else. Neither world is our own; both worlds exist alongside ours, though. Timelines and realities blur and converge in this fantastical speculative tale.

What were your favorite post-apocalyptic books from 2018? Share them in the comments!