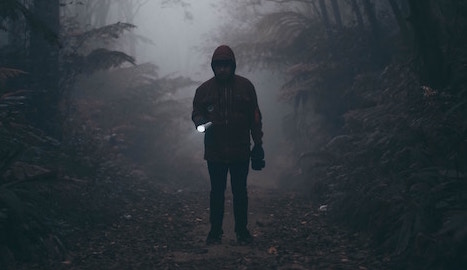 Matt Coleman writes mysteries, dabbles in comedy, watches too much TV, and reads a lot of indie books. Both of his novels (Juggling Kittens and Graffiti Creek) have too many bad words for his mom’s liking. Matt’s irreverent writings about TV and pop culture can be found at PureFandom.com. You can follow him on Twitter @coleman_matt or see a photo of him fresh from passing out on the shoulder of Interstate-30 at mattcolemanbooks.com.

Ask any NBA fan about the mid-range jumper and you will either get a nostalgic longing for the days of Alex English or a roll of the eyes. To see the end of the mid-range jumper coming, one could have taken one passing glance at the up-and-coming brand of basketball in the NBA’s Developmental League of 2014. The magnificent and gone-too-soon Grantland did a couple of (most likely overlooked) pieces about a D-League team called the Rio Grande Valley Vipers. In a nutshell, the Vipers planned to completely eradicate the mid-range shot. Their reasons were mathematical: the close two is high percentage and the three is worth an extra point. The solution to that equation equaled opting for anything other than a mid-range jumper. At the time, their approach felt novel, a little weird, and very experimental. Today? Well, it’s pretty much just basketball. 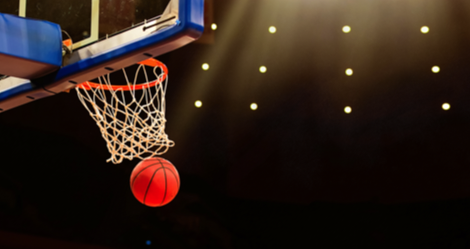 So let’s equate this to books, shall we? Although many in the literary world have for years been heralding the end of straight white male dominance, much fiction (ESPECIALLY genre fiction) still feels a little dominated. However, all we need do is take a gander at the up-and-coming of genre fiction to see the proverbial shot chart on the wall.

DISCLAIMER: I am, by no means suggesting there is no place in genre fiction for a straight white male. I am simply presenting the following case: the best writers of genre fiction are women writers, writers of color, and writers from the LGBTQ community. Disagree? Come see how wrong you are…

While we can’t possibly look at every genre, I would argue taking any genre stands as nothing more than an example against all the rest. So let’s examine the genre within which I, myself, often write (and therefore read and know). The Crime Genre has a spectrum to it. We can follow it from the more “softboiled” cozy mystery to the hardboiled noir (which can touch the border of horror).

Category ID: 474
Unusual Suspects Newsletter
Sign up to Unusual Suspects to receive news and recommendations for mystery/thriller readers.
Thank you for signing up! Keep an eye on your inbox.
By signing up you agree to our Terms of Service

While this is a region of crime fiction long dominated by women, the trends are pointing toward more women of color sort of owning this branch of mystery. While some of my favorites still include books like Julie Mulhern’s Poppy Fields series, the reigning queen in my eyes is Kellye Garrett, with her Detective By Day series. Her latest release, Hollywood Ending, is a strong follow-up to a debut which picked up three award nominations, including a Macavity Award nod. Right on Kellye’s heels is Alexia Gordon (Gethsemane Brown series), whose latest, Killing in C Sharp, is like the BBC produced a Southern paranormal mystery.

With the police procedural, we move into the much more typically white male land owned by the Michael Connelly’s of the world. But the times, they are a changin’. Rachel Howzell Hall’s Elouise Norton could hang with Harry Bosch any day. If you don’t believe me, check out her latest, City of Saviors, and then go back and devour the first three. Gregory Ashe is a name to watch. He is not quite on Hall’s level yet, but the Hazard and Somerset series is a lot of fun (check out Criminal Past, due out in November). But this throne is Ausma Zehanat Khan’s to lose. The Rachel Getty and Esa Khattak Novels (latest: Among the Ruins) read like (or better than, actually) those great Jussi Adler-Olsen Department Q novels. She has a knack for deep character development set against haunting mysteries.

I am well aware this section hasn’t been straight-white-male dominated for a long time (Walter Mosley, Laura Lippman, Denise Mina, and so on and so on). But the future is more of the new rather than a return to the (misogynistic) days of Hammett and Chandler. Kristen Lepionka’s Roxane Weary series is the “one to watch” here (The Last Place You Look). Also, check out Joe Ide’s IQ series if you haven’t already; and Danny Gardner (A Negro and an Ofay) is probably about to make us all think of Elliot Caprice in this list of detectives. But if Easy, Tess, and Paddy are Jordan, Bird, and Magic, then August Snow is Lebron. Stephen Mack Jones won the Hammett prize for his debut (August Snow), and there is little doubt his Detroit noir will soon make him a household name in the genre.

Noir has been done best by those other than the straight white male for…well, forever, I think. And now is no different. Anywhere you look will hand you a writer fit for this piece, but I will give you two. Angel Luis Colón comes out with Hell Chose Me in 2019, and just remember the name. However, the writer poised to take noir by the throat is the creator of barrio noir, Gabino Iglesias. Iglesias is making quite a name for himself as a reviewer, but go read Zero Saints and try to convince me he’s not the future of noir.