2018 has been a big year for Vertigo Comics. I’ve covered the comprehensive relaunch, spearheaded by the the Sandman Universe books (Sandman Universe #1, House of Whispers #1, and The Dreaming #1 are out now) and seven other new, diverse, gorgeous, subversive comics (have you picked Border Town #1 up yet? Why not? Go. Do it), here and here and also here. 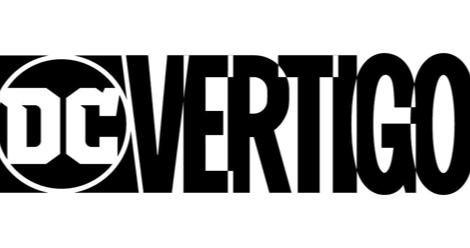 As I said last March after the Sandman news broke during Emerald City Comic Con, it’s Vertigo’s 25th anniversary, but we comic fans are getting all the treats. Among them are three new October #1s, all perfectly suited to drop in the month of acceptable goth, demons, devils, snarky ravens, and angry witches: Lucifer (10/17), Books of Magic (10/24), and Hex Wives (10/31).

I’ve mentioned each of the aforementioned in the linked articles above, but now I’ve read the first issue of each (I know, right? I Kermit-flailed like one of those blow up straw people outside of a used-car dealership) and I can say, with confidence, as with all of the other New Vertigo books thus far, you will not be disappointed. 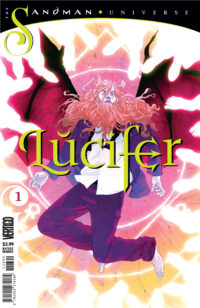 Much like Batman, Lucifer is always in control, master of all he surveys, whether acting in his capacity as Lord of Hell or proprietor of a trendy L.A. club. Sure, things go awry, but he’s Lucifer. In the end, he always gets what he wants.

He still has friends: a coven missing their third witch and the formally attired, scooter riding Bill (I have a suspicion as to who he might end up being, but I’ll keep it to myself for now). The Prince of Lies also has new enemies, including a group of players with the power to contain him at a whim.

Running parallel to Lucifer’s mystery is that of a detective whose name you’ll undoubtedly recognize, in search of his wife’s mysterious cousin for a reason he can’t yet explain or even determine.

What entity is powerful enough to imprison Lucifer? To bring a tumor to sentient life and give it a mission? To confound a skilled police officer? I have no idea but I’m sure as all hell deliciously creeped out, and appropriately terrified, of it. 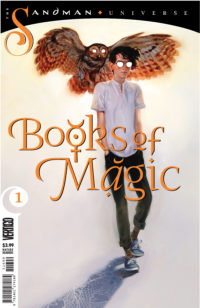 Let’s get one thing straight from the jump: Tim Hunter is three years older than Harry Potter. It comes up every time anyone mentions Books of Magic so I’m settling the matter before the rage bees get me.

The art is this book blew me away. It starts with an illuminated manuscript style that is rich and gorgeous and traditional yet seamlessly incorporates Tim, who seems “a very usual sort of boy,” and four of the DCU’s most powerful magic users. The panels then shift flawlessly into the here and now, or Tim’s version of it at least, wherein his mother is missing and he’s having difficulty making it through the school day. Being told his magic will come to him when he’s ready and that he’s going to have to be patient.

I cannot think of anything worse than being told I’m the most powerful magician in the universe and then being admonished to be patient as regards accessing an ability that will make me different. Make me special.

This is not how a lonely kid’s dreams of the fantastic are supposed to play out.

Buckle up, buttercups. It’s going to be a bumpy, creeptastic, supernatural ride. 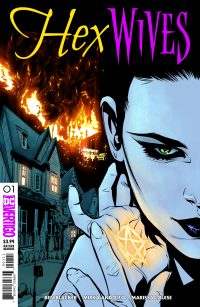 I don’t know if the woman on the cover of Hex Wives is supposed to be an homage to Faruza Balk’s character in The Craft, but she is and it sets the mood for the book perfectly.

Have you seen the t-shirt in circulation that says, “We are the daughters of the witches you couldn’t burn?”

Ballpark of Hex Wives central premise. Not exact. But close.

I knew this one was going to be good when author Ben Blacker’s answer to the “How did you prepare to write a book focusing on women?” question was, “I asked my wife to tell me what I was dong wrong,” and meant it. Blacker was open and honest about examining the foibles of his fellow men and incorporating those failings into his story. The portrayals of those misdeeds, sometimes accidental but far too often deliberate, may seem extreme in Hex Wives. As a woman, I can tell you they’re not. They are real-life horrors wrapped in a fantasy-horror package. These things happen. Every day.

Of course, the book being fiction means there is some appropriate revenge cooking. Because these witch-hunters, who think they’re so manly, think they’re so smart come to the conclusion the solution to their witch problems is imprisoning the ladies in question in 2018’s version of Stepford. There’s no possible way suppressing women’s power and true natures can go wrong for them, is there?

I smiled so hard while I was reading this one, my face hurts.

Three more for your October pull lists, guys. Perfect for autumn, for Halloween, and for your eyeballs.