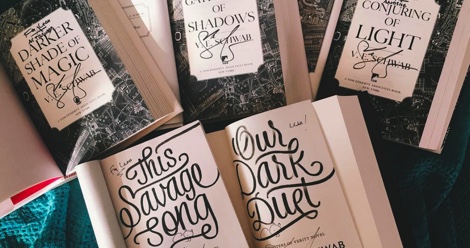 About a year ago, I wrote a piece about how not to be the worst at book signings, guided by the awful examples I’d seen of people being jerks to authors, booksellers, and their fellow fans. But I wanted to write a more positive post this year: how to do it right. Book signing etiquette 101: this is how to be polite, the best, helpful, and not-a-jerk at book signings, all while still getting the maximum number of books signed. Because don’t get me wrong—I’m a book collector, and I have often found ways to game the system before. I always get my book signed. So here are my four top tips to  not be a jerk—while still crushing the signing line.

Before the event, ask the people at the door as well as the people selling books where the author will be signing and whether they’re doing it by rows or by forming a line at the end of the event. If they’re signing in the lobby based on first-come, first-serve, sit at the back of the room for the event, and leave the room as the author is leaving the stage. If they’re signing on stage and going by row, your best bet is farther up. Try to always get an aisle seat—that way, when and how fast you get up and on your way to a line is in your control, and you don’t lose out because the person next to you is taking his time.

I will sometimes tweet to the author in advance, or ask the bookseller sponsoring the event, what the rules are. When I went to a V.E. Schwab signing, I asked Twitter generally whether I should bring a duology or trilogy to the signing, and she actually answered that I should bring them all. Nice. When I asked a bookstore in advance, they would often let me know how the signing would work and how many the author would personalize. Now I know to bring 2 books and make those decisions of narrowing down in advance, rather than harried in line.

When it comes to the line itself, I’ve started this thing where I bring my books ready-to-go—a post-it with my name and my friend’s name (if I’m getting her one) already on the title page, and I stack them open while I’m still in line. This makes booksellers like me. It makes their lives easier. They saw me get in line. They see that I am being polite. That I am following all their rules. I smiled and chatted with them before the event, and they know I’m in row 3 and waited patiently. Once, when the line was cut off because the author had to go, they cut it off behind me, and the bookseller gave me a small smile. They cut it off there because I’d been nice to them and been prepared, and so they knew I’d be quick and kind.

The conundrum: the author is only signing 2 books, but you have 3. Say they’re a trilogy, and you don’t know how to choose 2 out of 3. Most people either give up, or opt for being a jerk by begging the author or bookseller or trying to sneak the 3rd in there. This will make the author and bookseller dislike you. It might put them in the uncomfortable position of opposing you. And it holds up the line, which is a jerk move.

What you do instead? Make friends. 9 out of the 10 times I have talked to the people around me and given them info about how these signings tend to work, or how the author’s newest is so far, we eventually come to what books we brought to have signed. And often, my new friend has brought 1 book and I brought 3, and I ask very kindly if they would consider holding one for me and getting it signed. This is following the same rules and quota of the signing, and hurts no one, but it allows you to get your books signed. It was thanks to some good new friends that I got my four Zadie Smith novels and one for a friend signed in 2016.

(Note: Other benefits of making friends is that when you get in that signing line with 50+ people in front of you, you can trust that this person who you’ve actually spoken to and whose name you know will actually save your spot in line when you need to pee.)

Yesterday I had the honor of meeting the incomparable Toni Morrison. I had her sign my copy of PARADISE. She spoke about every one of her books in the lecture, and her Q&A was superb—probably the most entertaining Q&A I've ever attended. She was lovely. The black-and-white photo is me when they mentioned that she was the first woman, African American or otherwise, to win the Nobel Prize for Literature. Certain people (hem hem) were quite rude at the signing, so unfortunately I never got the chance to shake her hand and really thank her for everything she's done for me and for all writers, particularly women writers. But I'm sure the two standing ovations she received said something quite similar. All photos by Bruce Jackson. ✨✨✨ #books #nobelprizeforliterature #nobellaureate #tonimorrison #paradise #signedbooks #booksignings

Sometimes, these won’t work. I once asked a bookseller in advance and by their rules, brought 4 books. I sat up front because they said he’d sign up to 1 personalized book and 3 other books for everybody in attendance onstage. Then, at the last second due to his delayed flight, it was announced that he would only be signing for 1 hour after the event. He’d be signing in the lobby, not on the stage, and he’d sign only 1 book.

There’s no gaming that. And I wouldn’t want to, really. It sucked that I lugged all those books up there with false information, but the guy was exhausted. The key when it comes to book signing etiquette is remembering that authors are people too, and that the rest of the audience also desperately wants all their books signed. You are all in the same boat, and no one wins if you become That Guy.

This is where not being a jerk also comes in, because situations like this are when people generally start cutting lines because they feel they have the right to make it work. It becomes an every-man-for-himself mentality that mostly just stresses out fans, authors, and booksellers, but benefits no one—it actually just holds up the line for everyone.

So what did I do when it was apparent this author might never get to me? I put away 3 of my books and prayed that the line would move fast enough that I would get a book signed. And luckily, I did, squeezing in at the 52 minute mark.