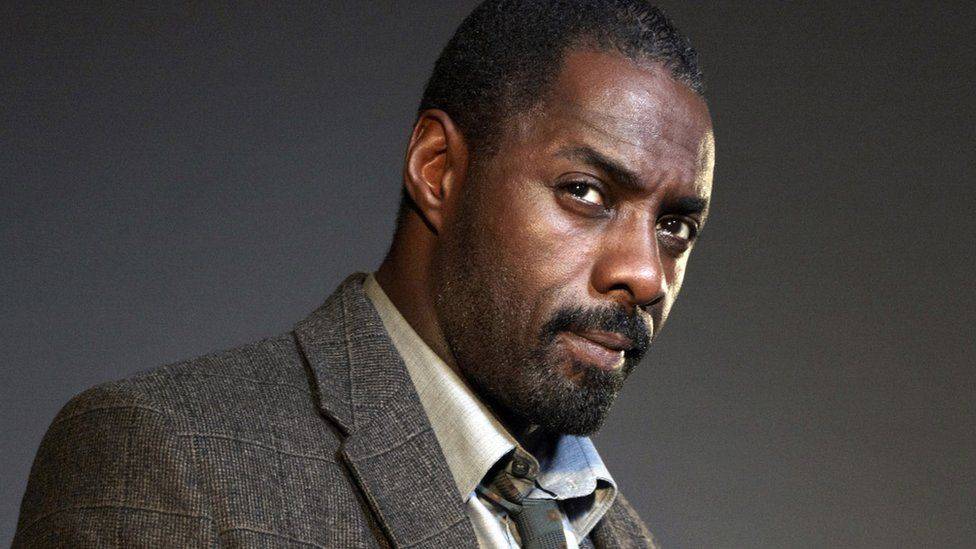 A few weeks ago, I became briefly interested in James Bond for the second time in my life. Rumors about Idris Elba’s possible takeover of the role spread throughout the Internet, with Elba himself fanning the flames when he tweeted “The name is Elba, Idris Elba”.

Of course, we were all disappointed. Again. (If you recall, the same thing happened last time a Bond movie was shot. That was the first time I was interested in the franchise, by the way.) So while we bemoan the loss of what could have been, here are some literary roles Idris Elba should play.

Clearly, considering that one of his upcoming projects is The Hunchback of Notre-Dame, Elba is familiar with Victor Hugo’s oeuvre. I can’t be the only one who would happily shell some money to watch him portray Jean Valjean. Can you imagine him being all stoic and self-sacrificing?

Elba easily has the range to play a larger-than-life, literary giant obssessed with revenge who remains fascinating even when you want to choke him.

3. Prince Thabiso in A Princess in Theory

Most of the characters in this list would demand a certain solemnity. Not so Thabiso. In Alyssa Cole’s touching and hilarious novel, the heir to the Kingdom of Thesolo sets out to woo her long-lost betrothed by…pretending to be a peasant. (No, Thabiso doesn’t wear a beret, BUT HE SHOULD.)

4. Jay Gatsby in The Great Gatsby

I like Robert Redford and Leo DiCaprio as much as the next person, but come on. I can easily picture Elba as the man who built himself up from scratch to fit in a world that was nothing but smoke and mirrors in the first place.

5. Bowen Knight in the Psy-Changeling series

Look.  I love 95% of the male characters in this series, but my favorite is Bowen Knight all day, every day. A tough-as-nails security chief who thinks he isn’t charming despite every single interaction he has proving otherwise? I never stood a chance.  The fact that I’ve been headcanoning him as Idris Elba for years might have something to do with that love.

So many people love this Austen classic, considering it her most mature and romantic work. If Lady Russel considered Wentworth an unsuitable match for Anne because of his lack of fortune, how much worse would it be in her eyes if he was a Black man? I believe Elba would knock this star-crossed love story out of the park.

Douglass was by all accounts one of the most strong-willed and charismatic men in history. Idris Elba would do justice to the man who taught himself to read, escaped slavery and became one of the driving forces behind abolition.

8. Edmont Dantès in The Count of Monte Cristo

Apparently I really like the idea of Idris Elba playing roles of men obsessed with obtaining revenge against those who wronged him (see Heathcliff, Gatsby, et al). But look at his work in Luther! He could pull off the wrongly-accused-man-set-up-by-his-so-called-friends in a heartbeat. That’s essentially the plot of the first series’ finale.

9. tHOMAS-aLEXANDRE dumas in The Black Count: Glory, Revolution, Betrayal, and the Real Count of Monte Cristo

I think most people know by now that Alexandre Dumas was a man of mixed race. What not so many people know is that he was inspired by his father’s story, Thomas-Alexandre Dumas, son to a French Marquis and his Haitian slave Marie-Cessette Dumas. He started out his life as a slave, sold and bought by his own father. Eventually, he received the education of a French aristocrat, and after adopting his mother’s surname, played a monumental role in the French Revolution. Unfortunately, after spending years as a hostage in Naples, he returned to a France where Napoleon had reinstated slavery and segregational laws. This amazing, heartbreaking historical figure would require a very skilled actor, and Elba would deliver.

What book adaptation do you think would benefit from a little Idris Elba? (“All of them” is a fair answer, FYI.)