Designed to look like a stack of books, the Central Library in downtown Halifax, Nova Scotia, is a stunning piece of modern architecture. Constructed in December 2014, it was quickly listed by CNN as one of the 10 “Eye-Popping New Buildings To See.” 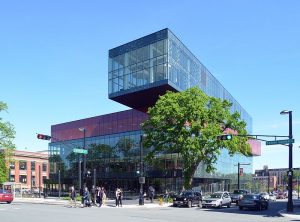 The first thing that grabs your eye as you enter the building are the 5,000 miniature pieces of art cut to the size of library index cards that adorn one of the walls behind the circulation desk.

The Library consists of five floors; on level 1 there is a 300 seat auditorium jammed full of professional lighting and sound equipment. 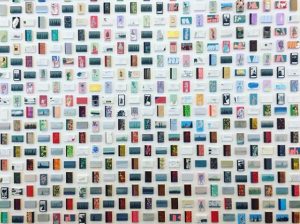 I won’t go through every level of the Central Library, however it does have a First Nations circle on the 3rd level that celebrates First Nations culture in Halifax and around Canada.

It has two great cafes and a rooftop terrace where, on a sunny day, you can sit and read or work or just sit and relax and look out over the city of Halifax.

It’s no wonder that the Central Library boasts over 6,000 visitors a day. I worked for different libraries around Halifax for five years and I can tell you that is a huge number for that area. 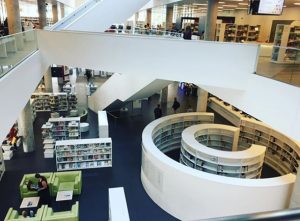 In its first six weeks alone over 167,000 books were borrowed from the Central Library.

Not only that, it’s an environmentally friendly library. It harvests rainwater and has a sophisticated computerized building management system that cuts down on waste.

So if you ever find yourself in Halifax, Nova Scotia—and you should, it’s an amazing city—don’t miss the Central Library. It’s a really impressive place chalk full of great nooks and crannies to get lost in a good book.