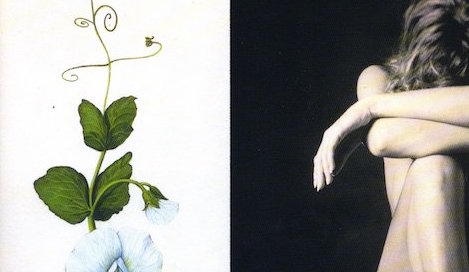 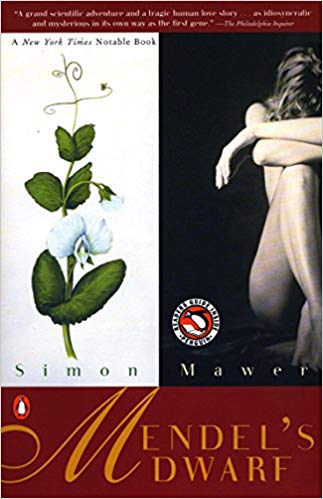 Mendel’s Dwarf by Simon Mawer, originally published in 1997, is a novel that grapples with ableism and the potentials and pitfalls of genetics. The protagonist, Benedict Lambert, is a geneticist with achondroplasia, the most common form of dwarfism. He’s also a descendent of Gregor Mendel, the 19th-century friar known as the founder of genetics. Like Cal from Middlesex, Ben speculates on his own origins to a degree that some readers would find uncomfortable.

Mawer, a biologist, juxtaposes Ben’s story with facts about genetics, fictionalized details of Mendel’s life, and even the history of eugenics movements. For readers who are not particularly interested in genetics, these details might slow down the narrative, but they are fascinating. Like Mendel cross-breeding plant species to create hybrids, Ben has an insatiable curiosity. Ben’s narrative voice is unique. He observes things about people that only he would notice. He frequently describes people in terms of apparent genetic traits: “He had brown eyes (autosomal dominant) and attached earlobes (autosomal recessive).” He often turns this clinical, detached attitude towards himself. In the style of infamous narrators like Humbert Humbert from Lolita, he’s erudite and contemptuous of everyone, including himself.

This book describes the condescending, ableist way that non-disabled people often treat people with disabilities. It also views genetic engineering and restricting disabled people’s reproductive freedom as forms of eugenics. Ben equates genetic engineering with eugenics, a view that was prescient over 20 years ago and especially relevant today. In a lecture, Ben says that selective genetic engineering “will follow the rules of the marketplace.” Some people might consider certain genetic traits, like height, sex, and a lack of congenital disabilities, more desirable than others. Ableist societies reinforce these biases in a way that goes far beyond personal preference.

Mendel’s Dwarf explores ableism in a nuanced but ambiguous way. Ben’s caustic attitude towards himself might be internalized ableism in a society that considers him inferior. For me, the narrative becomes more problematic with Ben’s relationship with his friend Jean Miller. Jean is married, of average height, non-disabled, and a librarian. Her character is underdeveloped and fits a stereotype of a shy, reticent female librarian. The trope of a man with dwarfism or another congenital disability in unrequited love and lust with a non-disabled woman goes back to Victor Hugo, Oscar Wilde, and others.

After years of friendship (and Ben’s seemingly one-sided attraction), they eventually have an affair. However, Jean doesn’t want to leave her husband for Ben. This is where the story becomes murky. It’s unclear how much ableism plays a role in Jean’s decision not to leave her husband. She seems reluctant to leave her marriage but also afraid to have a child who might have dwarfism. Ben and Jean manipulate each other in ways that make both of them unsympathetic characters by the end. In contrast to the subtle exploration of ethical issues earlier in the book, several convoluted twists attempt to make didactic political points about characters’ choices. The book frames Jean and Ben’s relationship as an inevitable, tragic result of his disability, rather than the result of poor choices.

Despite some disturbing and contrived plot developments, I still found this book worth reading for its narrative voice. The structure of the novel is inventive, creating parallels between Mendel and Benedict’s lives. It raises important issues about ableism and scientific ethics but then attempts to resolve them in a way that feels forced.