I’ve never needed much of an excuse to nerd out over new horror. But there’s just something about autumn. That first apple picking invitation slides into my inbox and, suddenly, I need to know allll about the newest and best horror books with which I can cozy up as the weather turns cool. Preferably on a dark night. When my husband is out of town.

Which is what inspired my 2017 post on all of the terrifying horror books I couldn’t wait to read that fall. So it just made sense to do up a similar list for the best horror books in 2018.

The list below contains some recent and forthcoming horror reads for both adult and YA audiences, with some horror comics (a delicious melding of my two favorite genres) sprinkled in. Read on for the best horror books you can use to fuel your nightmares this Halloween season. 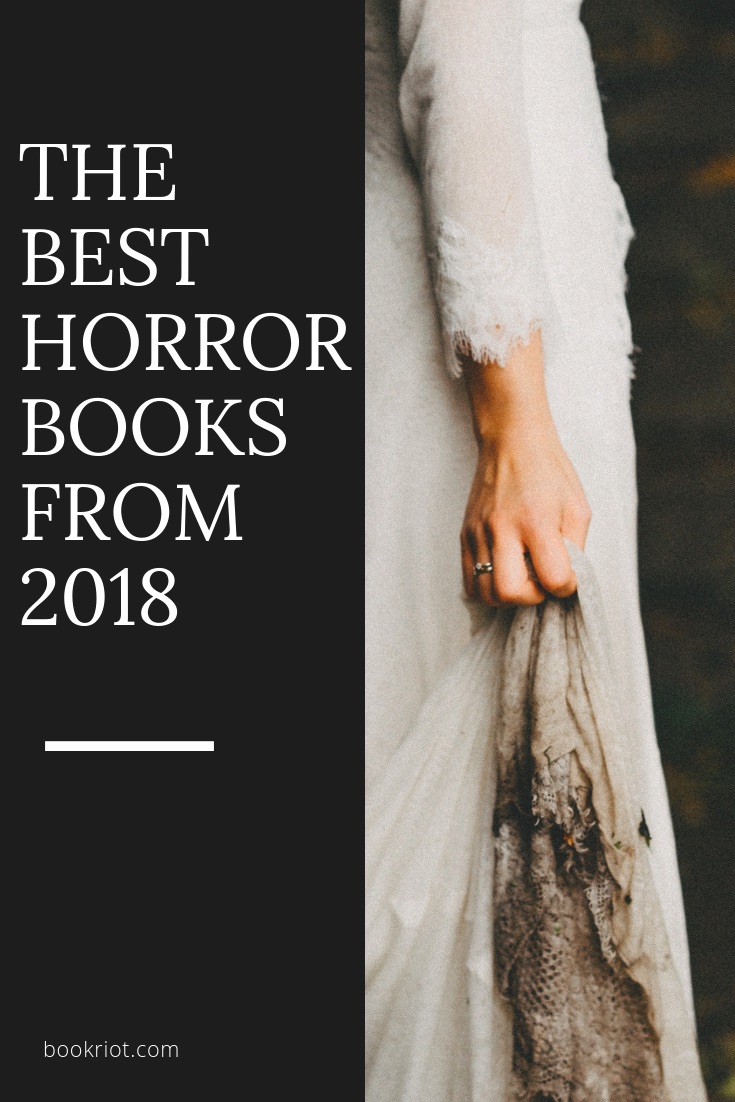 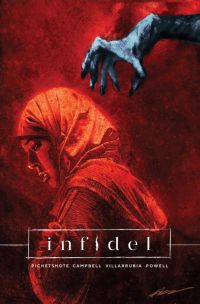 I’ve raved about Infidel on this site in the past when I was inching along issue by issue. But in October, this entire comic series will be collected into one gorgeous volume, allowing even more people to dig into the tale of an American Muslim woman haunted by evil entities that seem to feed off xenophobia.

The Bus on Thursday by Shirley Barrett

The copy for Barrett’s forthcoming horror novel describes this book as Bridget Jones meets The Exorcist. Um…yes? Gimme? Grabby hands? Barrett’s protagonist goes on a post-cancer retreat to a remote Australian town that ends up being more creepy than curative. The unsettling details, however, are just as silly as they are scary. 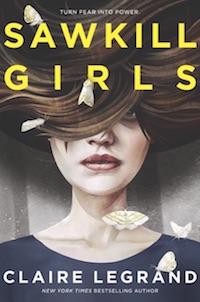 The arresting cover image for this YA horror is what first caught my attention, but I was sold by the premise. A group of young women band together to fight a monster that—legend has it—has been preying on girls for centuries. Is the legend true? Can all of these disappearances be traced back to some sort of fantastical beast? And can anything be done about it? Find out in early October.

I tend to shy away from book series, but this YA tale of a teen who has a bad Ouija Board experience, leading her to eschew scary movies, haunted houses, and cemeteries seems too much fun. When a friend convinces her to partake in some paranormal investigation at a deceased serial killer’s ranch, how long will it take until things go south? I’m guessing NOT LONG AT ALL.

Another horror comic I’ve been reading issue by issue, the first arc is being released as a trade paperback in October. The persistently dark artwork accompanies a story about a mysterious black barn that keeps reappearing at various points in time, often seeming to bring with it death and destruction. Are those who believe in it out of their minds? I can’t wait to read the next arc of this story but, until then, volume 1 will have to keep me company. 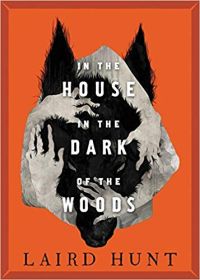 It’s tough to give a simple description of this book, except to say that it tackles witchcraft in colonial America, providing a mythology that’s sure to disturb. A Puritan woman goes missing and somehow ends up lost in the woods, where she meets another woman. After that, her journey seems filled with unspeakable horrors that she cannot seem to shake. Has the evil been inside her all along?

The Horrors Hiding in Plain Sight by Rebecca Rowland

For me, the best horror books have always been the ones that focus on the menace that exists in everyday society. In this forthcoming short story collection, three adolescent bullies escape justice for the vicious crime they committed—or do they? A woman coerced into having children is afflicted with a terrible side effect. A sadistic couple tortures a neglected juvenile every Halloween. The more I read about these stories, the more they promise to make me squirm.

The Good Demon by Jimmy Cajoleas

Here’s something new. A young woman is miserable since the exorcism that separated her from the demon inside her. It turns out that she and the demon were like sisters to each other. This book follows the protagonist’s journey to be reunited with her beloved demon. 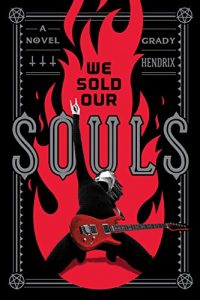 Hendrix has become one of my favorite horror authors in recent years, though his novels are more goofy than gruesome. In his latest, he writes about a washed-up heavy metal guitarist who discovered that her former bandmate—now incredibly successful—may have made a deal with the devil long ago. And even worse, those he made that dark bargain with are hungry for more.

The Empty Man by Cullen Bunn and Jesús Hervás

This last one isn’t out until November, but you don’t want to quit horror cold turkey once Halloween is behind you. A comic series hailing from 2014 finally makes its return, spinning out the tale of a world in the grips of an Empty Man pandemic. The payoff from the last arc was sweet enough to leave me wishing the series hadn’t come to an end. It’s good to see that Bunn is finally bringing the story back.

Which horror reads are you most looking forward to?