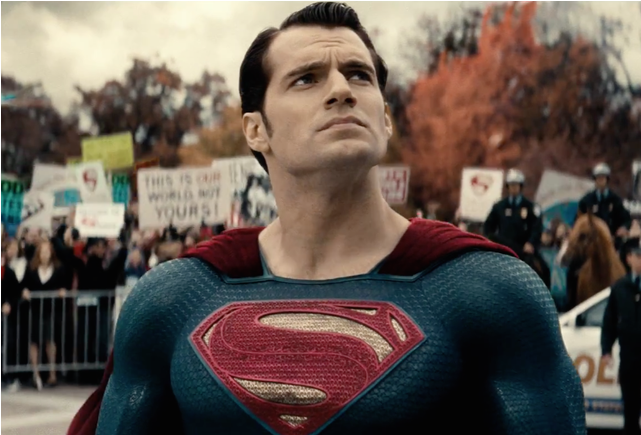 If the initial reports are true and Henry Cavill, who has been Superman since 2013, is kissing Clark Kent goodbye, that won’t actually fix anything about DC’s cinematic universe, or make it one iota better. No, really, it won’t. Now, before you come after me with your blazing torches and your freshly sharpened pitchforks, let me explain (*disclaimer: the following is my subjective opinion. I know this is a heated topic for some, so if all you want to do is passionately disagree, scroll all the way down to the comments section and have fun): 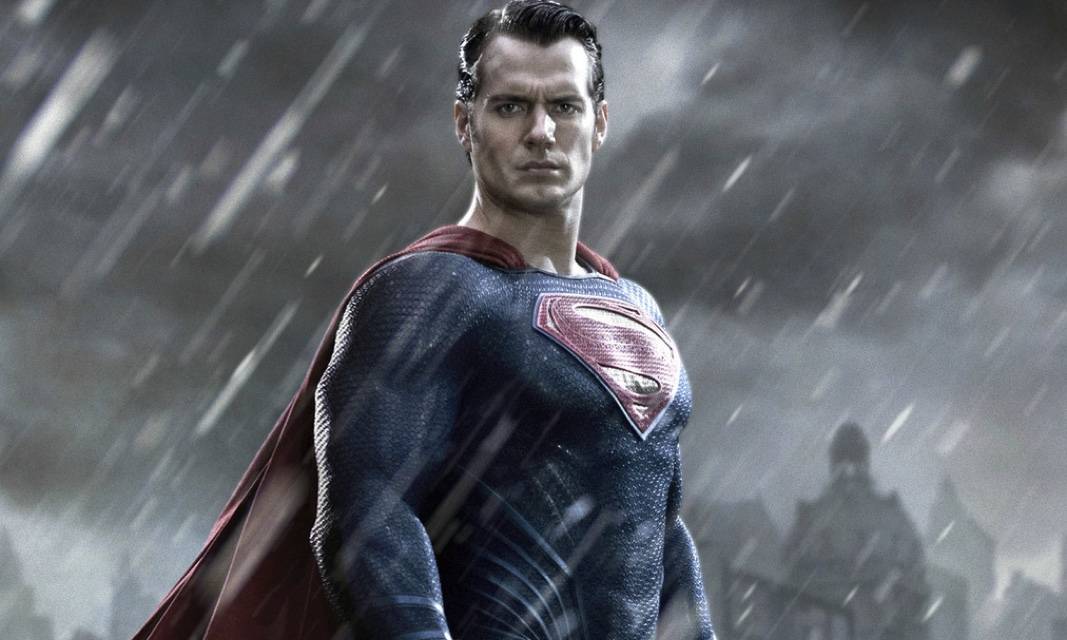 Henry Cavill leaving the DC Cinematic Universe won’t fix a damn thing about it, because he was never the problem in the first place. The calibre of DC’s on-screen talent is not its Achilles heel, and it never has been. The actors and actresses who currently embody those roles are doing a fine job with the material they’re given (or not given).

Thousands of divisive articles have been churned out since Zack Snyder’s Man of Steel polarized critics in 2013, and many more were vocally, vehemently displeased by the follow-up, Batman v Superman: Dawn of Justice (if you’re very, very quiet, you can still hear Batfleck growling, “Martha. Why did you say that name? MARTHA. WHY DID YOU SAY THAT NAME?!” with a strange urgency that made awkward giggles sputter up from those watching in the theatre while the internet turned it into a meme that can still be referenced and understood without providing context, because the endless supply of “Martha” humour is probably the most transcendental thing about Snyder’s time at the helm of the Worlds of DC. Other than the time he thought it would be a brilliant idea to have Batman raped in prison, because, truly, that was too much. Trololol and all that but also: no. Just no.). Honestly, walking out of the theatre having watched BvS, I was beyond disappointed. Had you asked me to grade it, it would have gotten a big, shiny F(*** you) with no wiggle room.

I would have dismissed the movie’s extended cut had I not heard positive things about it from a podcaster who echoed my views on the theatrical version. I hauled ass to get it, plopped down on my couch, and prepared for the worst.

But actually? The director’s cut is amazing; had this been the BvS I saw in theatres, I would have given it a solid A rating. It’s honestly a shame that so many people were soured on BvS, because the director’s cut definitively shows that no, Zack Snyder is not the reason the Worlds of DC brand is sinking, Titanic-style.

Someone at WB decided that in order for BvS to be more palatable to general audiences, it had to be shorter, because no way would anyone sit through 181 minutes of a movie about Batman and Superman, pfft (spoiler alert: yeah, we would have. Many people won’t give the extended cut a chance because they were burned by the original, and the internet being their echo chamber doesn’t help). In order to reach their desired runtime, edits were made; and you know what they cut out?  The whole entire plot line that tied the movie together and made it make sense.

I’m not even kidding. You guys, I may not be Snyder’s #1 fan, and I may not think he was the right person to lay the foundation of DC’s cinematic universe, but after seeing the extended version of BvS, you cannot convince me that he is a bad director. You also cannot convince me that David Ayer’s regretful hindsight over Suicide Squad, nor Seth Grahame-Smith’s, then subsequently Rick Famuyiwa’s departure from The Flash are not the results of the higher-ups at WB heavily and stubbornly micromanaging everything, to their own (and everyone else’s) detriment. Even Joss Whedon couldn’t get away with his vision for Justice League when they hired him to make reshoots after Snyder stepped down.

You know why the MCU is doing better than Worlds of DC, WB? Disney hires people to do a job, and then trusts them to do it without breathing down their necks, hacking up their work (my blood still boils when I remember the sloppy transitions between scenes in Man of Steel. Who said that was okay? You are a multibillion-dollar company, you should not have a movie that looks like it was cut by a 14-year-old with basic knowledge of Final Cut Pro), and then throwing them under the bus when the movie underperforms.

Again, Snyder is not the person I would have chosen to erect the tent poles of DC’s cinematic universe, but his style and tone do have a place within it. Since they’ve renamed themselves “Worlds of DC,” the implication that the multiverse exists is front and centre; and don’t try to tell me that the general public, even without having picked up a comic book, are incapable of understanding the multiverse; my mother, who frequently refers to comics as “cartoon books,” knows what the multiverse is, and when it’s in use (I’ve forced her to sit through a lot of DC stuff).

After watching the extended cut of BvS, Snyder’s trademark style would align more with an alternate take on the characters—Kingdom Come, or Injustice: Gods Among Us spring to mind—let him play in a sandbox that leaves room for character deconstruction and then reconstruction, while allowing audiences to attach themselves to a “main universe” with characters that are, frankly, more palatable if they’re not grimdark, battling to save a bleached-out city, where attempts at humour feel forced and jarring because the overtone won’t allow it, and lessons about hope and justice go largely (and ironically) unheard, because people are more focused on what they’re seeing, and what they want to see, and how maybe those two things don’t match up.

Subjectively speaking, Worlds of DC should at the very least be on a level playing field with the MCU, and here’s why:

Listen, I told you this was subjective. Kingdom Come was the second comic series I ever read as an adult, and my first real exposure to The Big Two in print; that book left a lasting impression that planted me firmly in DC’s corner, for better or worse. Don’t get me wrong, the company has made some utterly tone-deaf mistakes over the years, and Marvel’s stuff is great too, but DC’s stories and characters resonate with me far more than Marvel’s ever have. There’s plenty of inspiration to be found in their archives for making movies (how fantastic would a Grayson film be? Or a movie that follows Gail Simone’s Batgirl run? How f*cking awesome would a DC: Bombshells movie trilogy be? There are thousands of comics to choose from, there’s no excuse for not knowing what you’re doing when you have years’ worth of source material to study, and people from the comics industry who would gladly help bring those characters from page to screen).

DC has a whole host of (tragically underused) characters

Before Guardians of the Galaxy hit theatres, it was one of Marvel’s more obscure properties. Now, the movies are beloved and the comics have experienced a resurgence of recognition, even tempting people who didn’t read them in the first place to at least try. Marvel wasn’t afraid to push their smaller properties into the spotlight, and DC should follow its lead. Yes, subscribers to their upcoming streaming service will be treated to Swamp Thing, Teen Titans, Doom Patrol, and the much-anticipated Young Justice: Outsiders, but what about moviegoers? There’s a boatload of tragically underused, diverse characters in DC’s mythos that deserve their shine; Jaime Reyes, Zatanna Zatara, Renee Montoya, Kong Kenan, Constantine, John Stewart, Jessica Cruz and Simon Baz, Calvin Ellis,  Lucas Trent and Andrew Pulaski, etc.

Honestly, what I’d really like to see is at least a couple of movies centred around Barbara Gordon as Oracle (I know we’re getting Birds of Prey, but I’ve seen nothing about including Oracle). If diversity is what you want, why not show a disabled superhero who manages to fight crime in her wheelchair, no super serums or suits required for kickassery? All of these characters deserve their shine next to DC’s heavy-hitters, and can only serve to attract audiences. I understand the critique that it would quickly become cluttered, but if they set it up properly, that wouldn’t be an issue (I know, big if).

If Justice League actually gets a sequel, after fixing up the damage made by a tonally-inconsistent movie, maybe they could introduce different branches of the League, showing off members of Justice League Dark, or even the Canadian members.

They’re their own worst enemy

Inherently, Disney and WB are both businesses with cash cows on their hands; Disney has proven far more adept at milking theirs, while WB keeps getting kicked in the face. WB needs to focus on making their own universe, taking their time, and smoothing out the wrinkles. People were more than willing to turn out in droves for a Superman movie, and tried again with BvS. Wonder Woman shocked the sh*t out of everyone and earned a fair bit of goodwill back, but Justice League was, critically, another flop. They may have wasted all their chances, but I think there’s still hope. Their future endeavours need to be as fresh as their comics were with Rebirth, and even some of the stuff that preceded it; Superman: American Alien could have easily been a run-of-the-mill Supes origin story, but it was a fresh, invigorating, modern take on a beloved icon. Why can’t the movies strike that balance?

WB had something great before their own panic ruined it for them, and blaming the people who work on these movies is the least likely way to get the critical acclaim they’re so thirsty for. It also hurts DC’s comics, whether they acknowledge it or not. If they keep stabbing for solutions in the dark, trying to fit together pieces of a universe that they hamfistedly broke, they’re going to end up maiming the only good things they have left.