At my latest Dungeons and Dragons live game, when we paused our dragon-slaying action for some pizza and wine, we got talking about possible future roleplaying games we could try. Myself and another party member, who’s also an avid SFF fan (I know, in a D&D group? What a shock), were both up for playing the Dresden Files RPG.

I wasn’t at all surprised when I first heard that Jim Butcher’s wizard PI had his own RPG. The Dresden Files is a world full of many species of supernatural creatures, different orders of magic users, demons, angels, and a few bewildered humans caught in the mix, and it runs on conspiracy and betrayal – all perfect elements for a role-playing game. But this got me thinking…which other stories might make for a brilliant RPG setting? 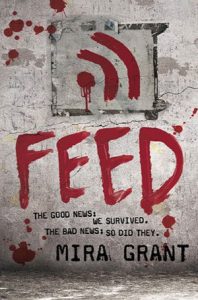 In her Newsflesh series, Mira Grant (aka Seanan Mcguire) has done the seemingly impossible and given us a new twist on the zombie genre – in this case, what would it be like if the zombie apocalypse happened, and humanity won? The novels in the series follow a group of news bloggers who are reporting on the presidential elections while negotiating the still liveable, but much more perilous, world around them.

A Newsflesh RPG would let you play as one of the three types of blogger – a Newsie who chases the facts, an Irwin who charges into danger and pokes it with a stick, or a Fictional who takes on the challenge of creating suspension of disbelief in a world where Romero was right. To play, you’d investigate a story, discover the ugly truths that were lurking beneath the surface, and try not to amplify. 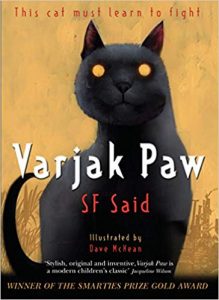 Varjak Paw has already been a play and an opera, and is en route to becoming a film, but I think that this story of feline martial artists would make an excellent RPG, particularly for younger players.

The novels follow the story of the titular Varjak, who learns the ancient cat martial art known as The Way, and uses it to fight the agents of a mysterious villain known as The Gentleman. The Way itself has plenty of scope as a basis for an RPG. Players could work towards gaining experience in different parts of The Way, such as Slow Time (where a cat uses breathing to slow down the world around them, and thus move super-fast through it), or Moving Circles (where they can build and store kinetic energy to use for an attack). Using The Way, players could start solving the mystery of cat disappearances around the city, while fighting off dogs and rival cat gangs. 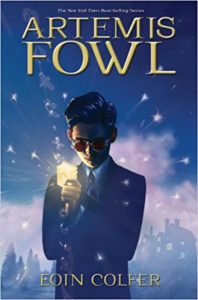 I’m cheating a little here, because there are a few fan-made Artemis Fowl RPGs out there – but I’d love to see these develop into an official version, because the world of Artemis Fowl is pretty much made for role-playing. In the books, the Fairy world exists alongside (or, more accurately, underneath) the human world, hidden both by magic and by massively superior technology. There’s a range of Fairy species that would make a seasoned D&D player clutch their Monster Manual and mutter “Steady on”, and plenty of different factions to choose from – you could play as a member of LEPRecon like the formidable Holly Short, become a supervillain like Opal Koboi, or take a really difficult route and engage with the fairy world as a human.

While I love the world of Dungeons and Dragons, I’ve got a hankering to play around with these and other favourite series. If you’re a veteran, new, or prospective RPGer, what series would you like to play?

If you’re a comics fan, have a look at 9 Comics for D&D, Tabletop RPG and Fantasy Fans. If, like me, you’ve devoured all the Newsflesh stories, you might find your next zombie fave in What To Read If You Want More Zombies.