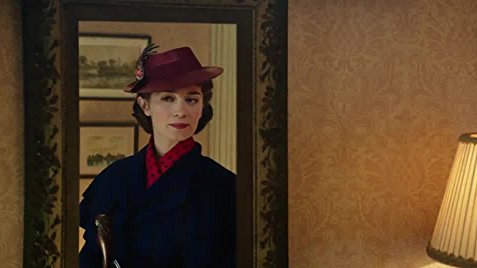 The last few weeks have been full of adaptation news, and it’s gotten to the point where I am losing track of which books are being adapted into which media—a very nice problem to have, but still a source of confusion. So I have rounded up all of the recent news, gathered here in one spot for convenience.

Mary Poppins Returns has a trailer! And it looks so cute/perfect!

Netflix and CBC have renewed Anne with an E for season 3.

Does She-Ra count as an adaptation? Eh, who cares. There’s a trailer!

There are at least two more Little Women adaptations coming soon, one in 2019 from Greta Gerwig and one out later this month from debut director Clare Niederpruem.

A new animated version of How The Grinch Stole Christmas is coming soon, with Pharrell Williams and Benedict Cumberbatch’s voices attached.

Kelly created The Ultimate Guide to YA Movie Adaptations.

There’s a trailer for The Hate U Give.

Dolly Parton released the first song for the Dumplin’ movie, which will be distributed by Netflix!

The Chilling Adventures of Sabrina is coming to Netflix on October 26.

No one is sure what’s happening with Superman.

Marvel is making use of Disney’s new streaming service to debut solo series for Loki, Scarlet Witch, and more.

Netflix is reimagining Avatar: the Last Airbender as a live action series, with the original creators on board and the promise of a non-whitewashed cast.

The first Captain Marvel trailer is here and IMHO the voice-over kills it.

Bryan Singer is apparently in talks to direct a live action Red Sonja movie, which sounds stinky if you ask me.

A Slaughterhouse-Five adaptation is in development as a series at Epix.

Netflix has debuted the trailer for their The Haunting of Hill House series, which drops October 12.

HBO has a teaser trailer for their adaptation of My Brilliant Friend.

Warner Brothers know a good thing when they are raking in the cash, and have greenlighted development on the sequels to Crazy Rich Asians.

The Tattooist of Auschwitz is in development as a series. A love story between two Jewish prisoners will make for a nice change from all the Nazi romances.

Movie rights have sold for Ayesha At Last, before its U.S. release!

Angelina Jolie is set to star in the adaptation of The Kept.

Kenya Barris is hoping to bring an adaptation of Between the World and Me to Netflix.

The Stacie Passon–directed adaptation of We Have Always Lived in the Castle debuts tomorrow at the L.A. Film Festival, and you can see a clip online now.

I know I said this was ALL the recent news, but there’s always the chance I missed something. Leave a link in the comments!