I am quick to judge an unconvincing set of fictional sisters.

There’s a time and a place for sister characters who are uncomplicatedly kind to one another. However, I’m more interested in sisters with baggage. I want to read about fictional sisters with capital-i Issues. Sisters are a tough relationship to write and I am always looking for authors who do it well.

“But Sarah,” I hear you say, “don’t all people have complex relationships with the people in their lives, regardless of whether it is in the context of sisterhood?”

Sure. But it’s different with sisters. They are fraught with issues of upbringing and comparison. There’s rivalry as well as love and support. There’s both devotion and the capacity to get murderously angry at the flip of a switch, because she looked at you like that, she is so mean. You might go to morally ambiguous lengths to protect your sister from harm, but verbally eviscerate her a moment later.

Some of the most well-known fictional sisters include Celie and Nettie in Alice Walker’s The Color Purple and Merricat and Constance in Shirley Jackson’s We Have Always Lived In The Castle, both of which everyone should read. Check out this post for 10 of the best books about sisters.

As for me, I want to use this space to share some of my favorite lesser-known fictional sisters and why I think they’re so fantastic. In the descriptions below, I discuss only the sister relationships in each book and there are no plot spoilers. 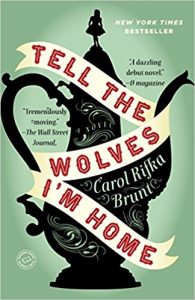 Fourteen year old June and her older sister Greta are almost strangers, despite living in the same home. Their relationship is marked by the distance between them, interrupted only by cruel words that cut at their softest, most vulnerable parts. June is tremendously lonely and does not understand why Greta seems to want nothing to do with her.

Brunt writes about the distance between them like it’s a living, material thing. I imagine it as a dark gnarled monster prowling through their house, feeding on their loneliness and insecurities. Sister issues are not always obvious or direct. Sometimes, like June, you have no idea how or why things got to be so bad.

Loneliness in a damaged sister relationship can be palpably painful, and my heart ached for both June and Greta. 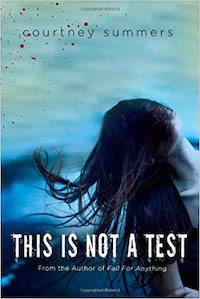 Sloane’s older sister Lily looms large in Sloane’s memory and is a major influence on Sloane’s feelings about abandonment. Before the zombie apocalypse, both Sloane and Lily are victims of their father’s violence. He abuses them for years until one day 19-year-old Lily runs away, leaving Sloane to bear the full force of their father’s abuse alone. Throughout the novel, Sloane wrestles with the fact that her beloved sister abandoned her in an unsafe situation. She fluctuates between little sister adoration for her former sole protector and blinding hot hatred for leaving her behind.

Being sisters complicates Sloane’s processing of Lily’s abandonment. Sloane has a hard time letting go of her conception of Lily as a good, protective sister. Soon enough, however, Sloane’s anger about being left behind by the one person who ever cared about her breaks through. I was proud of Sloane when she allowed herself to feel angry. It’s a big step to feel that way towards someone you once revered. 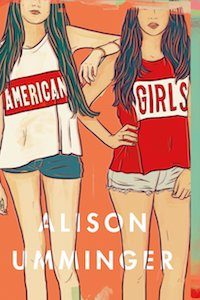 Anna and Delia in American Girls by Alison Umminger

Anna reminds me so much of the type of fifteen-year-old younger sister I was. She is bratty, self centered, and judgmental. So was I, but Anna is much more endearing.

Fifteen-year-old Anna runs away from home to stay with her grown sister Delia in Los Angeles for a summer. Anna and Delia’s mother blames each of them for various issues in her life, which the sisters process together. Delia makes it clear that she will protect Anna from harm and their mom’s accusations. However, Delia also actively puts Anna in dangerous situations in L.A. without seeming to notice or care.

Their relationship is full of contradictions. Anna just shows up and expects Delia to take care of her, and she expresses plenty of unsolicited opinions about how her sister lives her life. She also loves Delia deeply and worries for her. Delia swears to protect Anna, but she gets irritated at needing to care for a runaway kid sister. Delia makes cutting observations that only an older sister can properly deliver. When Delia tells Anna, “I think you just like to be miserable,” I had to set my book down and take a couple deep breaths. They are both a mess, and they love each other, and know exactly how to hurt the other most.

If you are looking to read about fictional sisters who struggle with one another, I hope you check out the novels above. Need more sister suggestions? Read this post of 100 books about sisters.