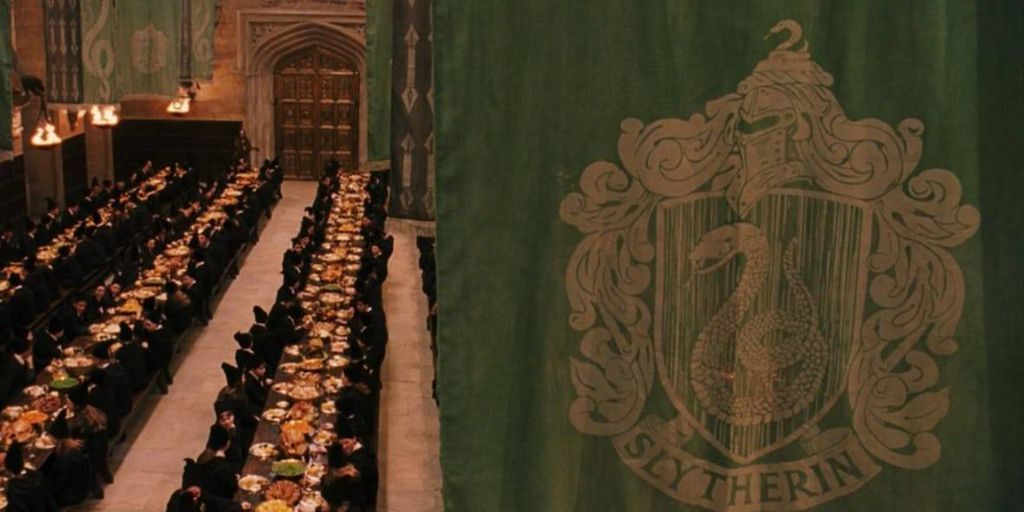 It’s been 20 years since Harry Potter and the Sorceror’s Stone was published in the U.S. and charmed us with its magic. Imagine that for a moment. Two decades ago, we first learned about Hogwarts School of Witchcraft and Wizardry. We had our first taste of disappointment about not receiving a Hogwarts letter by owl. We experienced the first of countless murky moments debating which side of the knut Snape fell on. And perhaps the thing that has influenced nearly every reader, we had our first look at the sorting into Hogwarts houses, and the indelible effects of that seemingly simple act.

As much as I like the idea of sorting, I’ve always thought that it does as much (maybe more) damage than good. Separating children into groups based on personality or moral fiber never sat well with me. People are a motley of behaviors and traits that grow and morph over time. I identify myself as a SlytherClaw, for example. The sorting hat seems to expect children to be aware of themselves at the tender age of eleven. Otherwise, it decides which traits are most important for that child. In so doing, its choice subtly nudges the child to ignore his very multi-faceted character. And those unacknowledged traits often belong to the serpentine house, Slytherin.

I have always felt a kinship for the cunning crew of Slytherin, because the ambition and cleverness they embody are so belittled throughout the texts. No one wants to be seen as someone who will do anything to get the job done, or get what they need. And yet, isn’t that precisely what Harry must embody in order to survive and succeed throughout the books? Yes, absolutely yes! So here’s a short list of moments when Harry Potter behaved like the Slytherin that he could have been. 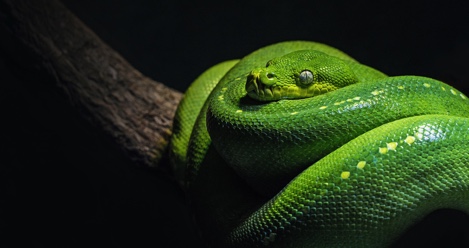 6th year potions class, or How Harry got his hands on that Felix Felicis

We can’t fault Harry for choosing to keep the Half Blood Prince’s potions text, since it was full of tips. Consider his position, too: the famed “Chosen One” can’t be seen struggling in a class his mother (a muggleborn, at that) excelled in, especially if he wants to become an auror. Not to mention it sure would be nice to one-up Hermione at something, whether or not Harry wants to admit that. Thus, his ambition dictates he keep the book, so he can get his hands on that Felix Felicis potion and wreak havoc on Ron and Hermione’s never-ending angsty saga. Oh, and also get that memory from Slughorn to confirm Voldemort’s psychotic intentions with horcruxes. That, too.

Invisibility cloak capers, or How to do what you want when you want

I don’t think you have to be a Slytherin to want to use that invisibility cloak for more than just library visits. So maybe Harry doesn’t quite live up to the potential of that sacred hallow, but still, he knows how to take advantage of a situation when he can. Whether it’s to help free a dragon for Hagrid, search the Restricted Section time and again, or visit the Mirror of Erised (not to mention all the hijinks that could be taking place behind the scenes), Harry puts that invisibility cloak to good use. And he doesn’t think twice about the upper hand he gains with it, like a true Slytherin.

That ego, or How everyone is getting hurt because of him

There’s a scene from the film for Half Blood Prince that irritated me because it added a dimension to Harry’s character that didn’t quite fit. Harry is with Hermione and she comments about the girls fawning over him. He replies, “But I am the Chosen One.” Initially I thought, no no, Harry doesn’t think of himself that way, he doesn’t take pride in his unique role. However, he does interpret every single person’s choice to fight against Voldemort as his fault, as if he himself put his friends’ lives in danger. That’s why he nearly leaves the Burrow to search for horcruxes alone. He even thinks Ron (and Hermione and Gabrielle) are going to drown during the Triwizard Tournament’s second task. In short, everything is about him, or so he thinks. Every house has its faults, and bloated ego does seem to have been a trait of Salazar Slytherin’s himself…

The Sword of Gryffindor, or How to cheat a goblin (and fail)

We all sighed in disappointment when Harry made a less-than-forthright agreement with Griphook to break into Gringotts. He was on such a role, having chosen horcruxes over hallows. But instead of finding a way to communicate that he really needs the sword, Harry decides to fudge his way around promising the sword to the goblin. I’m only giving Harry half-credit on this one though. Had he gone full Slytherin-mode at this juncture, he would have owned his decision fully and been confident in it. Who knows, maybe Griphook wouldn’t have wizened up to his false promises then.

Keeping Up With Malfoy, or How to compete with Snape over an obsession

Half Blood Prince features a triad of intriguing plot lines—the building blocks of Voldemort’s past; hormones running amok with Ron, Lavender, Hermione, Cormac, Harry, Ginny, and on and on; and (to my greatest amusement) Harry’s obsession with Draco Malfoy. It does not go unnoticed by his best friends that Harry is uncommonly fixated on the comings and goings of Malfoy (to be fair, with good reason. Harry’s intuitions are spot on)—from stalking him on the Hogwarts Express to tracking his movements constantly on the Marauder’s Map. How exactly is this level of obsession Slytherin behavior, you ask? Well, we don’t see the likes of such fixation from anyone else except for Severus Snape. His undying love for Lily Potter is at once moving and troubling. Obsession seems to be the name of the game with Slytherins, actually, since Voldemort also obsessed over power and besting Dumbledore.

So next time someone says Harry is a true blue (I mean, red) Gryffindor who only fit into Slytherin house because he had some Voldie soul in him, don’t let it slither by. Let them know that Harry is of his own accord a dynamic person. If anything, it’s reassuring to know that Harry exhibits a multi-faceted character, to demonstrate what we all know—that we can belong in many different places at once, and we can’t be so narrowly typecast.

If you still come across doubt, think about how Gryffindors approach quidditch, and thereby reveal their ambitious tendencies. From McGonagall, who decides Harry MUST be on the team and even buys his first broom, to Hermione, who puts a Confundus charm on McClaggen to ensure he won’t be keeper. Cutthroat Gryffindors will get the job done at any cost, like a good Slytherin.