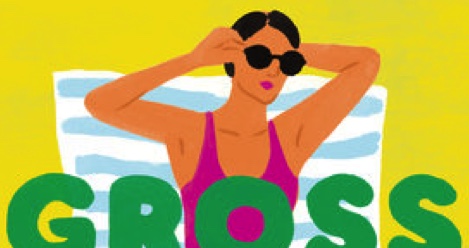 Women are socialized into having a fraught relationship with our bodies: forever scrutinizing, shaming, and sucking it in (or sticking it out). What makes a spate of new nonfiction books so refreshing is the gleeful way they lean into the female body’s complexity, warts and all. The emphasis is in fact on the warts in these entertaining books: 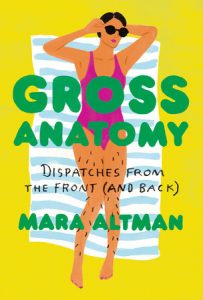 Then there’s Mara Altman’s Gross Anatomy: Dispatches from the Front (and Back). Gross Anatomy is a breezy text stuffed with jokes, personal anecdotes, and fascinating facts. This memoir-esque approach is endearing but has its problems, as it narrows the perspective. For instance, the chapter on sex noises is distractingly heteronormative. It doesn’t express any curiosity about non–penis-in-vagina sex (or even why there would be such a gendered difference in the “copulatory vocalizations” American women are socialized into making, yet American men are socialized into suppressing).

The book is also extremely western-focused. It talks about menstruation, for instance, as a culturally defined problem in European and European-descended cultures. But menstruation remains a more extreme taboo in certain non-western traditions, sometimes mandating the physical isolation of a woman on her period. Gross Anatomy is full of an appealing curiosity, but this curiosity generally only extends as far as Altman’s own environment.

Even with these quibbles, the book is chock-full of interesting information and quotes from an impressive number of researchers. Here are some of Gross Anatomy’s more WTF moments: