A girl with a deadly lung disease…

A boy with a tragic past…

A bargain that brings life, but may cost more than anyone can imagine…

When a mysterious stranger appears to Madeline Oliver and offers to heal her in exchange for one year of service to his people, Madeline and her friend Jason Wu are swept into a strange land where they don’t understand the rules or the far-reaching consequences of their decisions.

As a reader, I love a setting that is so vivid and singular, it feels like another character in the story. Islands have some of the best personalities—I love how they’re set apart from the wider world of the story, their own little microcosms. They can mean seclusion, refuge, or untold secrets. Here are three excellent YA books with mysterious and magical islands that you won’t be able to put down! 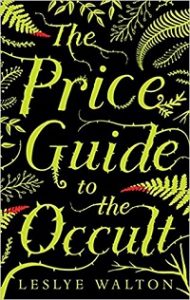 When Nor Blackburn’s ancestor Rona put a curse on the island inhabitants who wronged her, she limited her descendants’ magical abilities to just one gift each. That’s all right with Nor—she would rather live a quiet life than one of fame and power. But when a book called the Price Guide to the Occult appears on the island, boasting spells that only Rona could wield, Nor knows that her estranged mother, never satisfied with just a little magic, is finally coming for her.

I was a big fan of Walton’s debut novel The Strange and Beautiful Sorrows of Ava Lavender, and this second novel didn’t disappoint. It’s moody and brooding, and the island thrums with so much life and capricious magic that you never quite know if it’s ally or foe. 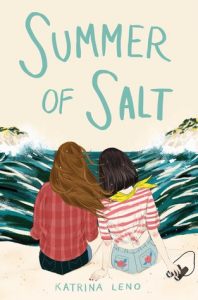 Set on a fictional island famous for a rare bird that only appears in summer, this story follows twins Georgina and Mary, who come from a long line of magical women, each gifted with a special ability by the time they turn eighteen. Mary has the power of levitation, but Georgina is still waiting for her magic to manifest while managing her anxieties about the future and a crush on a tourist. But during the twins’ last summer together on the island, the bird that makes their home famous is killed, and the girls find themselves pulled in surprising, different directions.

I loved how Leno made this town feel full and charming in all the best and most romantic ways—it made the setting seem equally dangerous and unexpected when things begin to go wrong. Bonus—there’s a great f/f love story at the center of the book! 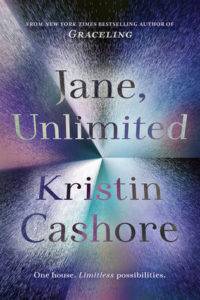 Jane has been lost ever since her aunt and sole caretaker died suddenly. When an old acquaintance invites her to Tu Reviens, an island estate her aunt once spoke of, Jane can’t resist accepting her invitation. Maybe it’ll break up the monotony of grief in her life. Once on the island, and inside the magnificent house, Jane discovers five decisions that will open five pathways to a future she never could’ve imagined.

Cashore’s first departure from high fantasy is a marvel, and it will have you paging back and forth to keep up with the brilliant twists and developments. Tu Reviens (and the island it inhabits) feels like a magical portal, where literally anything could happen. Plus, this one also has a great f/f love story!

What are some of your favorite YA books with magical island settings?

Sign up for What's Up In YA? to receive all things young adult literature.
Thank you for signing up! Keep an eye on your inbox.
By signing up you agree to our Terms of Service
#Young Adult Literature#3 on a ya theme#fictional islands#Katrina leno#kristin cashore#Leslye Walton#magical islands#young adult