Recently, the Bureau of Labor Statistics released the latest data for the American Time Use Survey. The statistics indicated that Americans are reading less for pleasure than in past years. In an analysis of the data, The Washington Post reported a number of reasons why this may be, as well as a look at some of the other related data. While the information was interesting, the data and gathering process seemed incomplete, leaving me with a lot of questions. Read on for a deeper look at the results of the Survey and response to The Washington Post’s analysis. 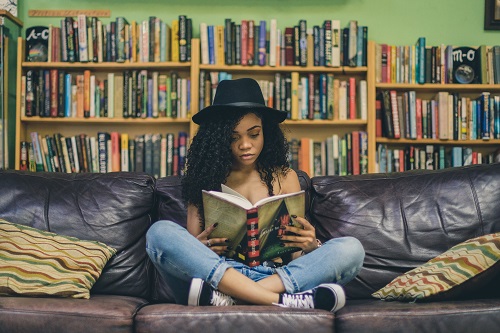 My first concern was definition. Looking through the Time Use Survey’s FAQs, I tried to determine how “pleasure reading” or “leisure reading” was defined. The survey administrators admit their approach to definitions is loose. The Time Use Survey writes, “for example, if someone used a computer to pay bills, this would be captured in the activity category Household Activities/Household Management/Financial Management (020901).” This in-and-of-itself may not be problematic, but the implications potentially are. How is “pleasure reading” defined? Despite my searches, I couldn’t find anything specific. Some folks read books pertaining to their professional development that would still, to them, count also as pleasure reading. Would ATUS classify this as professional development activities? And what of fan fiction, short stories, blogs, comment threads, or news published and enjoyed online? Would this be marked as some version of “computer use” or is it “pleasure reading,” even when the purpose of reading it (such as with news) is more than just for leisure?

Speaking of the internet, the Time Use Survey notes, again in their FAQ, that the data is unspecific at best. “The American Time Use Survey (ATUS) is not a good source of information about how people use the Internet.” (Emphasis mine.) For example, the ATUS classifies blogging as “writing for personal interest.” You can again imagine the implications this has on online reading.

But on to the data itself. The Washington Post analysis reports that the percentage of Americans ages 15 and up dropped from 28 to 19 percent between 2004 and 2017. Because the Great Recession occurred in the earlier half of that period, I expected some of the reasons we’re reading less time had gone to working longer hours or more jobs—however, I couldn’t find evidence to support this. In fact, the number of jobs folks have held (at least on the record) has gone down.

So, cell phones? The internet? Is that why we’re reportedly reading less? Not according to this survey and analysis. The Washington Post again points out that data shows reading has been in decline since the 1980s. They specifically note, in their analysis of the recent data from ATUS, that “computers, cellphones, [sic] video games, and the like” are not actually to blame. But if we’ve been reading less since the 1980s and the consumer technology has been increasing since, well, forever, but at a more rapid pace since the 1980s, isn’t it reasonable to imagine some of the time we used to spend reading is now spent with technology? And, furthermore, might some of that time spent with technology be reading, anyway? Though home video game consoles have been around since the 1950s, the 1980s is when they arguably became a Thing. Pac-Man became available at home in the early 1980s, then Super Mario Bros. in the mid-1980s, and before long we were all playing Candy Crush and Zombieville on our smartphones. Isn’t it possible that some of our reading time became game time?

Still, The Washington Post nods to a study published in Poetics: Journal of Empirical Research on Culture, the Media and the Arts. (I admittedly feel bias at the sheer fact that they don’t use the Oxford comma in their title, but moving on…) that indicates, at least in the Netherlands, television is why people are reading less. I don’t disagree that this is true to some extent, particularly now that we have Netflix and Hulu and Amazon Prime and…well, you get the idea. But I’m still not convinced it’s the sole or even primary reason. More on that soon.

What about what ATUS and The Washington Post don’t talk about? Here are a few things I found missing from the survey and the analysis.

We’ve discussed already the issue of definitions in the survey. But I also could not find much about how the survey is conducted beyond this piece on how the data are collected. The description is slim, at best. Even in my short module on statistics in my Introduction to Psychology course would’ve called this out. Relying on telephone interviews alone does not an acceptable sample make. Participants must also have a mailing address at which to receive information prior to jumping in, so that eliminates further individuals and makes the sample size more homogeneous.

Respondents must then record their activities for a 24-hour period (4:00 a.m. to 4:00 a.m.). The accuracy of this, you can imagine, is very much up to the individual participant. And what troubles me further here is that it’s unclear whether participants all record on the same date or even day of the week, and if the data from 2004 (or prior) is also taken on the same day of the week. If the 2004 survey was done on a Friday–Saturday and the 2017 survey on Monday–Tuesday, of course you’d expect different results (and, more importantly for our purposes, a lower rate of reading). I’d like to believe a government agency conducting a survey would avoid something like this, but nowhere I can find is it plainly stated, so I can’t be sure.

Now, back to the analysis. One crucial thing The Washington Post doesn’t mention is the state of the world. Look, I’m only 26, so I can’t say with absolute certainty that the world is in worse shape than it was in the 1970s (or pick your decade), but based on what I understand about history and what I hear from older generations, it seems to be the case that things are pretty bad right now. Lots of folks I’ve talked to (and, this isn’t empirical data, but I think it’s still important, anecdata be damned) have said how they now struggle to focus long enough to read because the world is on fire (how ‘bout yours? That’s the way I like it—sorry, sorry, this isn’t Shrek. Props to Smash Mouth for being ahead of their time, though). We’re too anxious to focus, feel guilty about spending time in leisure, and expend a lot of energy not just worrying about things both in our own lives and beyond, but also, for many of us, participating in activism (like marching or arguing with your racist uncle on Facebook—it counts). These things not only take time themselves, but also drain you of energy.

But let’s say that television really is the main culprit—are we watching more television because it takes less cognitive energy than it does to read a book? It’s a more passive form of entertainment, certainly, than traditional reading. I’d also say it’s more passive than listening to audiobooks, which still require some mental work on your part to conjure up images to get the full picture of the text. So ultimately, the exhaustion caused by work, family, the state of society, etc. could be the real root of the problem. If it is a problem at all.

I’ve been blathering on for a while now, and there’s absolutely more to say on this, but I’ll let you get back to your leisure reading (or is this leisure reading? ATUS won’t say in their data explanation) after this: the bottom line is, we need not panic about one survey saying that people are reading less than they have in years past. Not only is their data collection and presentation questionable at best, but even if the data is entirely accurate (and no data can be), things are kind of weird right now, both as we experience a continuing and likely endless technological evolution and revolution and some pretty intense political and social turmoil. My advice? Put away the sensational headlines and pick up a sensational novel.