The New Academy has asked Sweden’s librarians to nominate two authors each for the prize. The winner of this alt-Nobel will be announced in October at the same time as the other regular Nobel Prizes, and will be awarded on December 10, the day of the Nobel Prize ceremony in Stockholm. On December 11, The New Academy intends to dissolve. 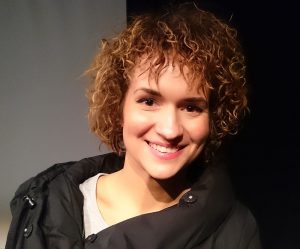 Since its inception, The New Academy has gathered a membership of over 100 Swedish poets, writers, and artists. According to The New Academy spokesperson, comedian and actor Bianca Kronlöf, the alt-Nobel is “a positive counter force to everything sad and fucked up” that has happened within Swedish artistic circles since #metoo reached Sweden in the fall of 2017.

The call for nominees for the alternative Nobel Prize in Literature closes on July 8. After July 8, the names will be announced internationally, and people will be invited from all over the world to vote for the winner of the prize. The four authors with the most votes will have their work read by a jury consisting of some of Sweden’s most prominent journalists, literary critics, authors, and librarians. The winner will be announced in October.

The New Academy has no connection to the Swedish Academy.

If you want to know more about the scandal surrounding the Nobel Prize in Literature and the Swedish Academy, check out these links.