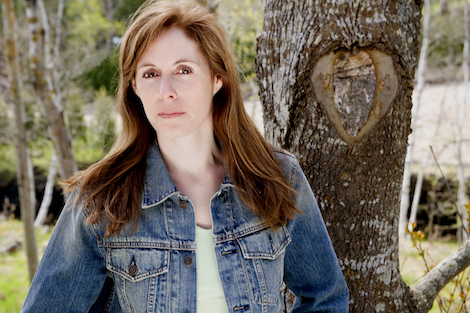 In a new memoir, beloved Speak author Laurie Halse Anderson will share her own experience with sexual assault along with a proclamation against rape culture. Shout, published by Viking Children’s Books, an imprint of Penguin Young Readers, is expected March 2019. The book comes together entirely in verse with a first printing of 200,000 copies.

Speaking with The Washington Post, Anderson noted the responsibility she feels to help other survivors feel less alone in their experience and how she began the work this past October in partial response to the #MeToo movement. Assaulted when she was thirteen, Anderson remained silent about her assault for twenty-five years, when she shared with her therapist. Now, with the #MeToo explosion, Anderson felt compelled to write about her story and share it more broadly.

“I lost my voice for a very long time after I was raped,” says Anderson. “I lost my self, too. Shout is a poetry tapestry that shares the darkness of my silent years and shows how writing helped me speak up. Shout is a declaration of war against rape culture and a celebration of survival.”

In addition to sexual assault, Anderson has written about eating disorders in Wintergirls, post-traumatic stress disorder in The Impossible Knife of Memory, and many other difficult topics in a range of works for both children and young adults. Shout is “aimed at high school students and up,” according to Anderson’s interview with The Washington Post and will no doubt find a home in the hearts of many readers.

To watch for pre-order status, you can track Shout here.