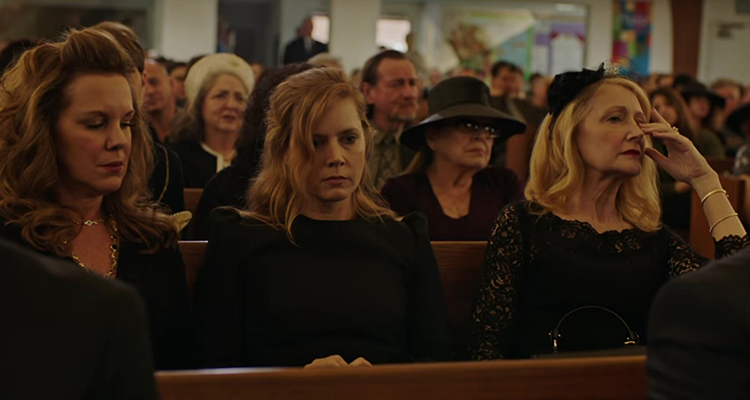 HBO has released the trailer for the highly-anticipated adaptation of Gillian Flynn’s novel Sharp Objects. Following the successful feature film adaptation of Gone Girl, “Sharp Objects” is set to be released as a limited 8-episode series this summer.

Sharp Objects stars Amy Adams as reporter Camille Preaker who is sent on assignment to cover a murder investigation of two teen girls in her hometown. While there, she also deals with her semi-estranged mother (Patricia Clarkson), a teenaged half-sister (Eliza Scanlen), and her own personal struggles.

This uncanny novel presents incredibly timely issues regarding mental health and the treatment of women and young girls.

The trailer emits the same eerie, uncomfortable feeling minute to minute that the book makes you feel from page to page. That’s no surprise with Flynn as co-adaptor with Marti Noxon. Jean-Marc Vallée directs coming off his recent project “Big Little Lies.”

If you can’t wait until then, watch this trailer over and over, read the book, and then check out Flynn’s other thrillers: Dark Places (also adapted into a film), Rogues, and The Grownup.

Category ID: 470
Category ID: 1005
Today In Books Newsletter
Sign up to Today In Books to receive daily news and miscellany from the world of books.
Thank you for signing up! Keep an eye on your inbox.
By signing up you agree to our Terms of Service