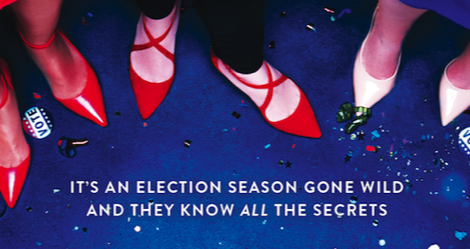 This giveaway of Campaign Widows by Aimee Agresti is sponsored by Graydon House Books. 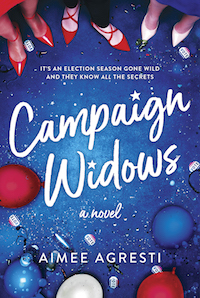 At least she’s supposed to be. She’s in a new city, with a new job and even a new fiancé. But when her husband-to-be hits the road for the upcoming presidential election, Cady realizes she’s on her own—and that her dream life might not be all she’d imagined. Until she finds herself thrust straight into the heart of the most influential inner circle in Washington, DC: the campaign widows. As friends, they’re an unlikely group, but they share one undeniable bond: their spouses are all out on the trail during a hotly contested election season.

We have 10 copies of Campaign Widows by Aimee Agresti to give away to 10 Riot readers! Just complete the form below to enter. Entries are open to residents of the United States (excluding Puerto Rico and all other US territories) and will be accepted until 11:44:59 pm, June 1, 2018. Winner will be randomly selected. Complete rules and eligibility requirements available here.