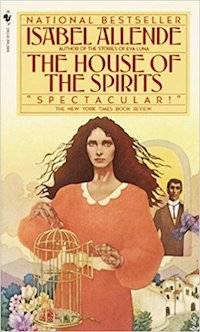 According to Deadline, Allende will be on board as an executive producer for the show. It’s still in the early stages of development, so no writer or director has been named, nor do we have a release date.

The book was originally published in 1982, and has since been printed in over 35 languages and sold 70 million copies. There was a movie in 1993 that was *ahem* particularly white-washed, so over at the Riot we’re hoping for the Latino cast this book deserves.

Want to get started on some of Isabel Allende’s books? Check out our Reading Pathway for this beloved author that, appropriately, starts with The House of the Spirits.