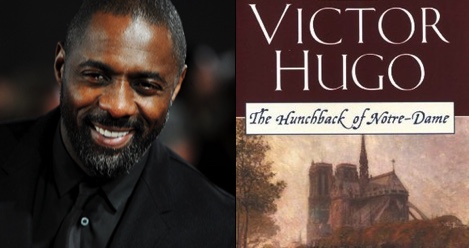 Here at Book Riot we love books and we love Idris Elba. So you can imagine our collective excitement when it was announced that Elba will produce, direct and star in Netflix’s contemporary retelling of The Hunchback of Notre-Dame. In addition to all these roles, Elba will wear one more hat: he will also be involved in the production of the film’s soundtrack.

The still untitled project will be based on Victor Hugo’s classic novel, a staple of the 19th century Romantic and Gothic movements. The story follows hunchback Quasimodo and Romani woman Esmeralda, his love for her and the endless discrimination they both face. It has been adapted multiple times in the past decades: most recently by Disney, in what would go on to become one of the company’s most celebrated animated films.

The movie’s team also includes Michael Mitnick as screenwriter, while Fred Berger, Brian Kavanaugh-Jones, and Ana Garanito will join Elba in its production.

This seems to be a busy year for the Golden Globe, Emmy, and BAFTA winner. He’s also starring in the fifth season of Luther (who else misses the coat?), in Avengers: Infinity War, and in two more TV shows; on top of helming other producing and directing projects.

Are you as excited about this as we are? Will you read the novel in preparation? Let us know in the comments!

Looking for more bookish adaptations? Check out 13 Book-To-Screen Adaptations of 2018, A Round-Up of Films Inspired By Shakespeare, and all of our discussions about book adaptations.