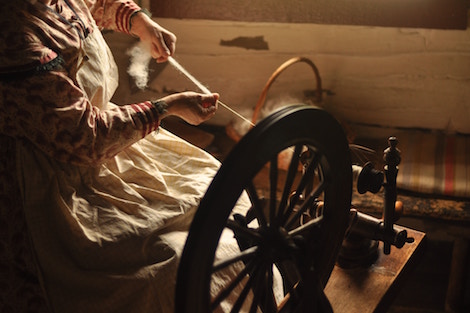 I’ve always had an interest in things that are out of style or no longer used, generally because they got replaced with something powered by electricity decades ago. I think I was born in the wrong time. I’m much more comfortable in medieval garb than in jeans. I prefer books and writing by hand to TV or anything on a computer. Call me an old soul. Or, really, call me a Luddite; it’s not really inaccurate. Yes, I love Star Trek and would live in that universe happily, but I understand an earlier time far better. I’m not sure if I simply feel the need to unplug more because of stress or if it’s because I’ve had a lifelong interest in history or what, but lately I’ve had a serious jonesing to learn more about traditional crafts.

Traditional crafts are not what we think of as arts and crafts, the things you make generally as a hobby. Traditional crafts are professions or trades that skilled workers learned through extensive training. Typically, a tradesman would have learned his skill first as an apprentice, and then as a journeyman, before attaining a master rank. A master craftsman was the most skilled at his craft or trade. In the Middle Ages, these master craftsmen often got together and formed guilds, which established standards of practice and protected their interests.

For myself, I can’t just drop my day job go learn how to be a master paper maker, tanner (also, pew!), woodworker, or broom maker, but sometimes I kinda want to. It seems like it would be rewarding. And quiet. I think my fascination with traditional crafts can really be boiled down to my noise overload and general overstimulation. Also, I want to learn how to carve wooden spoons and dishes. I’m not going to lie—this video also might have been a catalyst. *I* don’t want to mow anything with a scythe, but I’ll be happy to watch strong, broad-shouldered men do it all day long.

While I’m at it, have a picture of my own broom. Her name is Bessie the Besom. She hangs in my entryway and lets me know when I have unwelcome company. Her broom is made of wheat and her handle is mesquite.

Some of the traditional crafts I want to learn, have learned a little bit, or have tried in the past include paper making, calligraphy, embroidery, and making chainmail. Yes, I have helped make a full length chainmail hauberk. It was an arduous process. If I could be a bookbinder when I grow up, that is what I would want to do. What a cool job. I should look into that.

Below are just a few books on traditional crafts. If you have further suggestions, they are welcome! 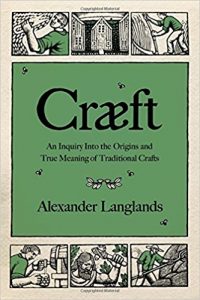 Langlands is a medievalist and archaeologist. He is on a mission not only to discuss the forgotten histories of many traditional crafts, but to take back some of the darker connotations of the word itself—crafty, witchcraft, and so forth. This is a book I bought for my own collection because it’s so fascinating.

A History of Writing by Steven Roger Fischer

Being a scribe is also a thing I wouldn’t mind doing. This book covers the history and writing systems that have evolved across the globe from the earliest nocks on sticks and rocks through modern technologies. 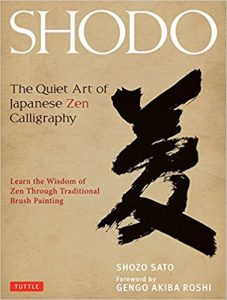 I’ve always had a fascination with any kind of calligraphy, in part because my own handwriting looks like it belongs to a mass murderer. I have been drawn to Japanese calligraphy because I like the way the brushes look and feel, and it feels even more meditative than any other form of writing to me, which is the point. I like this book because it teaches about shodo through the use of Zen poetry, and it has detailed instructions on the brush strokes.

Making baskets was a sought-after skill and this book shows some ways to make gorgeous Hopi baskets.

The Whole Craft of Spinning: From the Raw Material to the Finished Yarn by Carol Kroll

So, there was an old lady at a Society for Creative Anachronism (SCA) gathering I went to one time, and she had a group of little ones enthralled at her feet. I wandered over and she was teaching them how to use a drop spindle to spin strong, fine wool thread, and they were utterly enchanted. And so was I. Thus was born my interest in spinning. It seems an appropriately witchy thing to learn how to do, anyway. This book keeps popping up in conversation with many women who know a lot about spinning, far more so than newer ones.