It was so cruel I almost wept. “Dead Roses,” a short story by Australia’s only Nobel laureate for literature, Patrick White. Only 65 pages long, the story pinched and gouged like a savage older sibling. It held a mirror to my face and told me I was disgusting. It undid every romantic idea I had about my people. And I couldn’t get enough of it. Strange that nobody I knew had heard of the author.

“Dead Roses” tells of “regular Juno” Andrea Scudamore. She’s so sincere, neatly dressed, and idealistic that all the cool nouveau riche Australians feel sorry for her. “What to do about Anthea,” thinks sunburnt Vall Tulloch, who invites young Anthea to stay with her for Christmas on “The Island.” After all, Australia is a savagely casual place, and Anthea seems to think that such things as manners and beauty exist. She is also just a little strange and introspective, a terrible thing in a country that seems to value mediocrity and shallowness above all else. 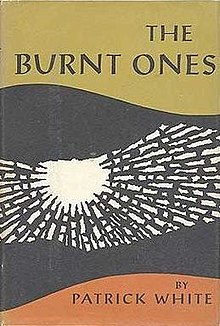 “Dead Roses” appears in a collection of eleven short stories ominously called The Burnt Ones, first published in 1964 by a 51-year-old Patrick White. The stories are written in White’s brilliant and psychological style, where narrative tension pairs perfectly with writerly insight so every page you turn you feel you’re getting closer to a truth and not just an ending.

It’s hardly a flattering portrait of Australia. Yes, that’s us, Australians—the burnt ones. Shrivelled up and uncouth like brats on the beach. Or “poor” and “unfortunate” as an old crunchy leaf. It’s a withering critique. If you don’t start out leathery, life in Australia and her “great Australian emptiness” will make you so, White seems to say.

The story concludes with Anthea, overseas, groggily recognising her own now ashen face in a mirror and being horrified as she realises she’s been dreaming of the stained, leopard-skin Matador pants worn by the wife of a doctor Anthea almost had a sexual encounter with. At least the wife has been marked by “participation.” Anthea, on the other hand, is just burnt out.

Ouch. Many failures are romantic. Not this one.

Together with with 12 novels, some plays, and an autobiography, The Burnt Ones form part of White’s wandering, poetic, and rather pessimistic oeuvre, for which he was awarded the Nobel Prize in 1973. His most famous works, all novels, include Voss, The Tree of Man, and Eye of the Storm, the latter of which was turned into a film with Charlotte Rampling, Geoffrey Rush and Judy Dench.

However, although White was awarded literature’s highest honour for “introducing a continent to literature,” he is largely a forgotten writer. Outside of literary circles, you’d be hard-pressed to find an Australian who could say anything meaningful about his life, let alone identify who he is.

Is he simply too nasty?

At times his sarcasm and negativity about Australia do seem almost gratuitous. In “Dead Roses,” the awfulness of married life for Andrea culminates with her hoisting manure up a hill for her husband like a packhorse. A stinky kind of martyrdom for a woman who loves roses; who married her husband because he was so smartly turned out.

But it’s probably more than cynicism too. White never really “belonged” to us. He may have owed his wealth to Australia—the son of graziers, he inherited a nice slab of pastoral money—but he was seen as European in many ways. Born and educated in the UK (he even fought for the British during the war), White spent much of his life overseas. He was also gay and dripping with culture at a time when Australia was culturally homogenous and backwards (whilst filming On The Beach here, Ava Gardner famously quipped that Melbourne was a “great place to make a film about the end of the world”).

Moreover, White’s writerly preoccupations were grandly individual and modernist. He never went in for our nationalist course of mateship and egalitarianism; indeed sameness was pretty abominable to him. Instead he strove to push language to its limits and lived an unconventional life.

It’s worth noting that the feelings of antipathy were mutual. Of Voss, his classic novel based loosely on quixotic explorer Leichhardt, written in a bold, baroque style and including telepathy and mysticism, one Australian critique said it was “the worst thing to ever happen.”

This is a great pity. We really ought to embrace him. He is a brilliant writer. And though Australia has changed dramatically since White’s time (he died in 1990, when the country had seven million fewer people and a lot less Flat Whites and alternative art spaces), there is so much to recognise in his work. When Italians tell us we lack passion, this is why. Here is the other side of our egalitarianism and middle-of-the-road attitude; of aspiring only to material comfort and safety; of topping the OECD charts in everything but intensity. A life unlived.

Of course, it seems a strangely fitting that we should have rejected our only literary laureate. We are at heart a self-loathing people. One in four of us suffers from anxiety. The standard form of someone’s name is a shortening, a belittling. We have a phenomena known as “tall poppy syndrome,” which is basically defined as tearing down successful people.

Is there anything more “Australian” than rejecting the greatest writer we’ve ever produced?