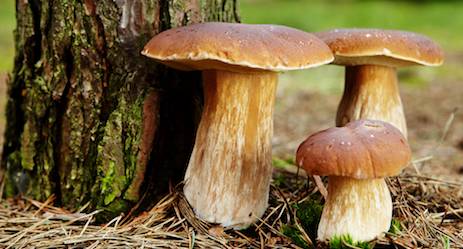 Seems like books about mushrooming, mushrooms, and the people who love fungus like to expose the strange, subterranean aspects of mushrooms and mushrooming culture.  For example, the subtitle of Langdon Cook’s  The Mushroom Hunters is On the Trail of an Underground America. Um, yes, please!

Check out the sir, are you holding a brass instrument and a mushroom? cover art for David Aurora’s “hip pocket guide to western mushrooms.” 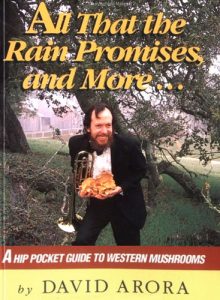 Furthermore, mushrooming mycelium! Midnight mushrumps!  (That’s Shakespeare).  There’s a fungus among us. Mushrooms aren’t that weird. Like, c’mon. Plants just talk to each other using an internet of fungus.

Besides, mushroom people are fun. Check out the posts for Female and Fungi,  a mycological smorgasbord for lady-types. And recently The New York Times, the grey lady herself, honored Gary Lincoff, RIP, for spreading “the joy of mushrooms far and wide.”

Interested in the joyful ‘shroom trend? First, get inspired with Paul Stamets of Fungi Perfecti’s  TED talk 6 Ways Mushrooms Can Save The World. Second, get thyself a Lincoff field guide. 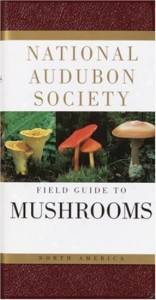 Mushrooms and mycology are in fashion. Who would have thunk it? Mushrooms are the new put a bird on it, as a superfood, as a regenerative crop—”key to facing many challenges of the 21st century.” And, in fact, the hobby of foraging edible mushrooms is mushrooming.

Uniquely, there is a modern openness to  Kingdom Fungi. It was not always so. “Not all cultures appreciate fungi. The English have traditionally characterized mushrooms as being unhealthy, bad tasting, and spiritually degrading,” writes Eugenia Bone, in  Mycophilia: Revelations from the Weird World of Mushrooms.

“For centuries…the Eastern half of the world was considered mostly mycophilic, and the West mycophobic.” (From Magical Mushrooms: The Allure of Edible Fungi by Tori Avey)

Don’t die. Mushroom foray with an expert from the North American Mycological Association. You will meet interesting people. Even reading about mushrooming is guaranteed fun(gi).

Looking for more books about mushrooms? Check out A Celebration of Fungoid Fiction.